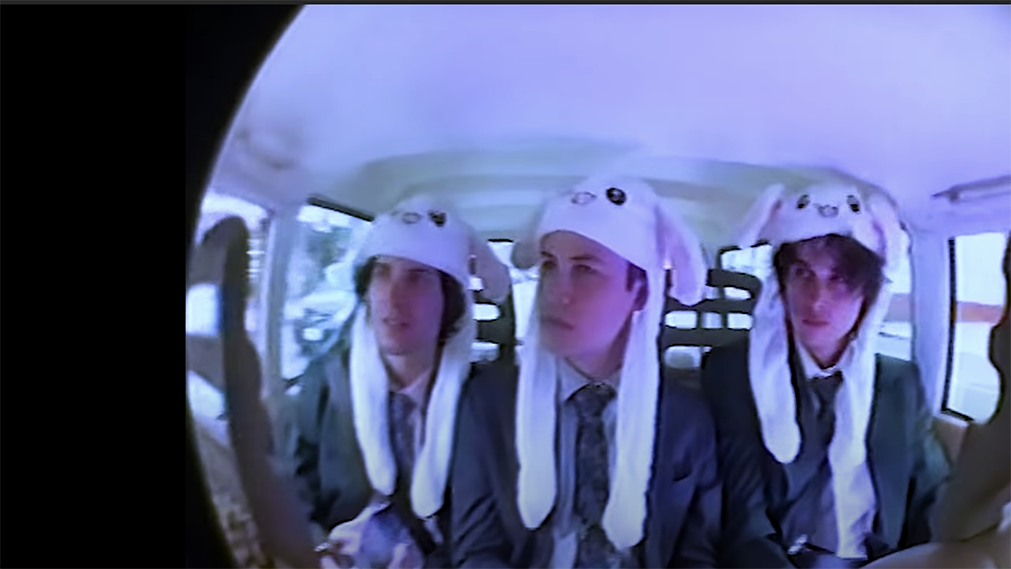 As quarantine drags on, the indie rock band Wallows decided to gift fans with a deluxe version of their EP, “Remote,” Friday.

Along with the songs released in October, the deluxe EP included three new songs: “Quarterback,” “On Time” and “Another Story,” as well as a remix of their popular song “OK” and a music video to go with their focus single “Quarterback.”

As someone who has been listening to their tracks since 2019, to say I was excited is an understatement.

The star track of the deluxe EP was “Quarterback,” in which drummer Cole Preston was on vocals. In an Apple Music interview with Zane Lowe, Dylan Minnette — one of the main vocalists — said band members Preston and Braeden Lemasters were not originally planning to put the song on this EP. However, after discussing their plans for the EP further, they decided to include “Quarterback” anyway.

[Art Attack will return in April as a week-long festival]

“What’s the point of holding things over? We used to be like, ‘We’ll just wait to put it out.’ It’s like, nah, you got it now and it’s good, just get out of the way and put it out,” Minnette said in the interview.

“Quarterback” was even released ahead of the rest of the album. The song also emulates the rhythm and style of October releases such as “Coastlines,” which was one of my personal favorites. This tied the two parts of the EP together; with the inclusion of “Quarterback,” the new songs felt like a continuation of the EP rather than a separate part.

Musicians have been getting really creative with producing content while also staying safe during the pandemic. Wallows’ music video for “Quarterback” takes that to the next level with most filming done through a handheld camera, featuring the bandmates in one home or driving in a car. While keeping with social distancing guidelines, the music video also has a typical laid-back Wallows vibe. They not only beat the challenge of keeping the cast and crew to a minimum, but the video was in sync with their style — achieved mostly by just being themselves on camera. Between the use of the up-close and personal fisheye lens and wearing bunny hats along with their suits, the video didn’t feel like it was missing anything due to limited production. The random shot of a cat in pink also helped.

“On Time” was another new song on the deluxe EP. Whether the artists intended it or not, the song reminded me of a ’60s love song heavily influenced by The Beatles. The piano intro and steady beat throughout, along with the song’s groovy feeling, definitely felt reminiscent of that time. However, in typical Wallows fashion, the middle of the song featured an instrumental break that brightened up the entire track.

“Another Story” is the shortest song on the EP, with a runtime under two minutes. Its techno style allowed for a nice musical bridge between the five songs if you’re listening to them in order.

Following the musical bridge was the remix of “OK.” This song was a highly popular single released in March 2020. The song had a peak position on the charts in April and was there for 10 weeks. Although it was not as popular as their song “Are You Bored Yet?” it was still a pretty impressive feat. It likely gained popularity because it comments on the feelings of uncertainty that were quite universal after quarantine began last year, while also having a positive message.

The remix of this song on the deluxe EP features Remi Wolf and Solomonophonic, and you can expect it to be even more popular. This remix gives an exciting new perspective of the song. The intro also sounds similar to the intro of “On Time,” which helps relate the songs on the album for a unified listening experience.

[With webcams and green screens, the UMD theater community adapts to online environment]

These new songs provided exactly what was needed to conclude the “Remote” EP and give listeners more music to discover while staying safe in their dorms or at home. My “Liked Songs” playlist on Spotify has grown significantly since Wallows began releasing more and more tracks over the past year. I have a feeling “Quarterback,” the new version of “OK” and “On Time” will end up on your “Liked Songs” as well.