Art Attack will return in April as a week-long festival 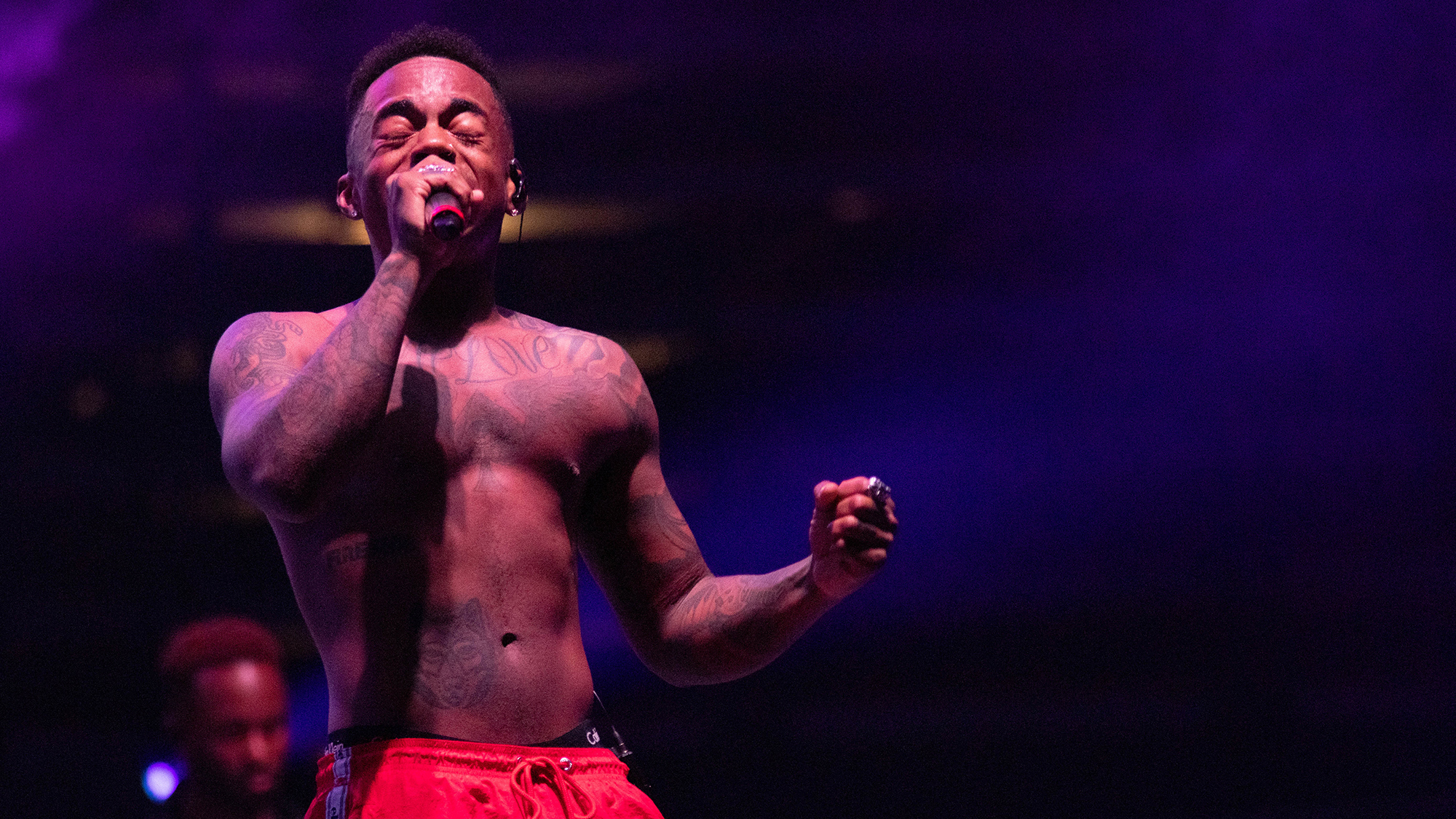 THEY. perform at Art Attack 36 on May 3, 2019 in Xfinity Center. (Julia Nikhinson/The Diamondback)

Art Attack, one of Student Entertainment Events’ biggest events of the school year, is set to return as a week-long series from April 26-30.

This year, Art Attack won’t be a huge concert like in the past. Instead, it will be a festival that is free to students, featuring a range of events such as DIY crafts, virtual game shows, movie screenings and a student talent competition, said Liv Brady, SEE’s concerts director.

“Art Attack 2021 is going to be a very low-key festival for students, by students,” she said.

SEE took inspiration for the festival from the first Art Attack in 1983, according to a Feb. 12 post on the organization’s Instagram page. SEE was planning a day-long festival for last year’s Art Attack, which would have featured smaller artists playing throughout the day prior to the headliner, but the event was canceled due to the pandemic.

[With webcams and green screens, the UMD theater community adapts to online environment]

It was a difficult decision to forego the typical concert, Brady said. However, it’s unlikely that SEE would be allowed to hold a large, in-person performance in April and past virtual concerts haven’t been as popular as the organization had hoped.

“Our goal is to unite a whole campus,” she said. “And a way to do that is to have smaller events that can accommodate everyone, rather than one large event that might accommodate a group of people who are really passionate about an artist.”

According to SEE’s Instagram post, the event will be planned in a hybrid manner, allowing students to participate from wherever they are spending the semester in whatever way they are comfortable. Brady says half of the events will be in person, and the other half will be virtual.

Students will be required to register in advance for the events, and in-person programming will be capped at about 50 students at a time, Brady said.

[How to un-cancel yourself with a Notes app apology]

Brady said she’s most excited for the talent competition, which will feature a different category of performance each night. Students who win each respective category will perform in the final talent showcase on Friday night, which SEE hopes to hold in person.

The movie screenings will either be in the Stamp Student Union’s Hoff Theater or outdoors, depending on COVID-19 guidelines at the time of the festival. SEE will feature movies from a different decade each day — the ‘70s on Monday, the ‘80s on Tuesday and so on.

Brady hopes that Art Attack 2021 will bring students out of their dorms and give them a feeling of normalcy after a tough year.

“Whether that’s going to a DIY event where you’re doing sand art or watching your friend kill it during the talent show, my goal is for students to not feel like you’re only in school right now,” she said. “There are fun things happening, and SEE’s here to provide that.”