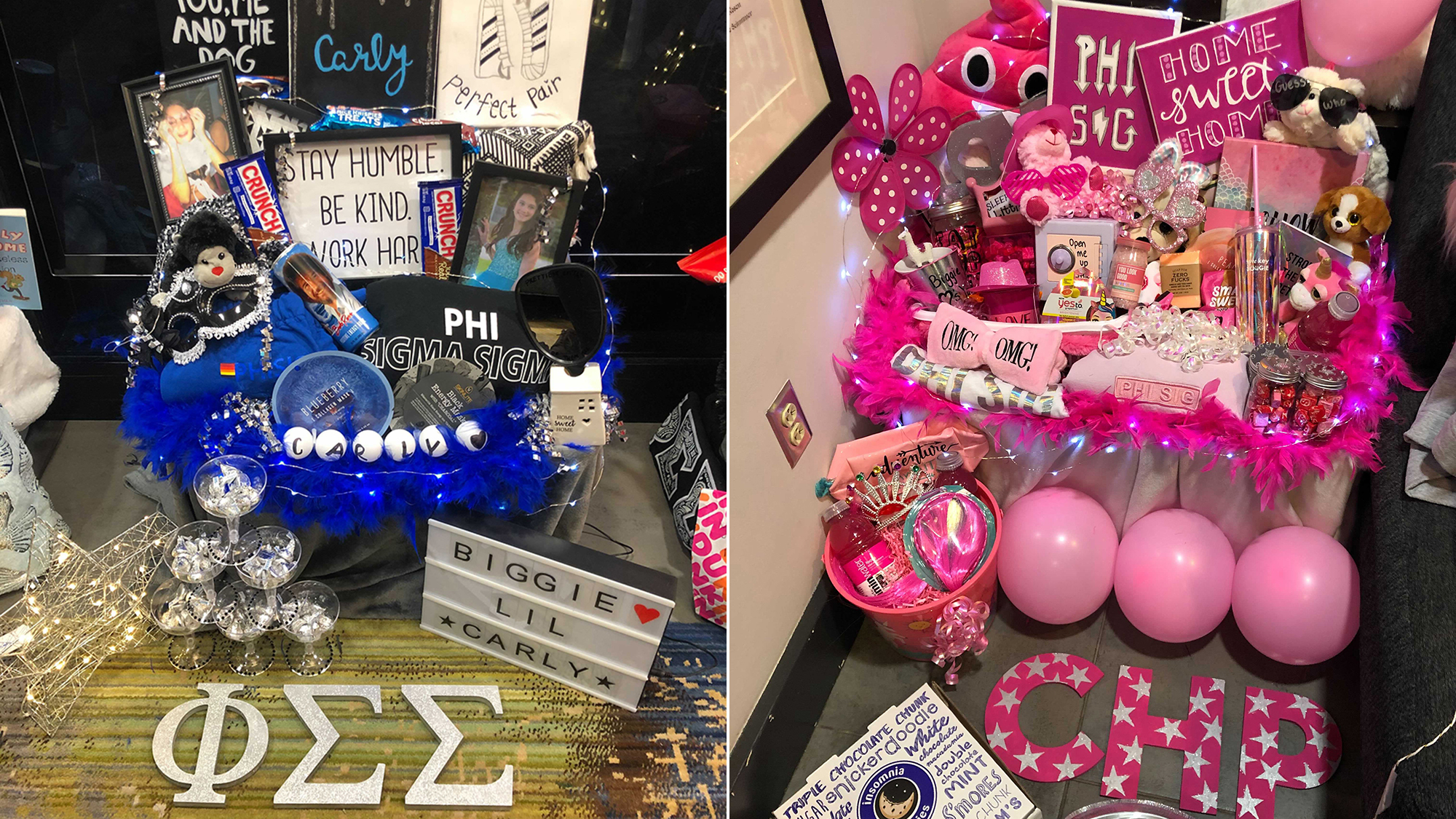 As recruitment for the University of Maryland’s Panhellenic Association comes to a close, a new batch of students are preparing to join their sororities. However, due to the COVID-19 pandemic, many of the normal motions of Greek life have been put on pause.

But one tradition has stayed the same: big/little baskets.

“It’s honestly one of the only traditions that is still kind of slightly normal,” sophomore communication major Sarah Dodds said.

Dodds is a member of Zeta Tau Alpha at this university, and she will be getting her little — the new sorority member she’ll “adopt” — on Saturday. As a big, she’ll serve as a mentor and older sibling figure for her little, helping them navigate life in the sorority and in college.

“We used to be able to drop off our baskets through other girls in our sorority or other members of Greek life,” Dodds said. “That’s no longer possible just because of COVID restrictions and not really being able to enter other people’s buildings.”

It’s a tradition that takes place the week before new sorority members find out who their big is. Bigs anonymously give their littles baskets full of snacks, goodies and chapter merchandise as buildup to the eventual reveal.But what’s all the fuss over a basket?

[Review: Get your fix of punk music with For Your Health’s new album ‘In Spite Of’]

At its core, the tradition is about the bond of sisterhood. Its purpose is to welcome new members into the massive social landscape of Greek life, Dodds said, and let them know they have someone to turn to. And each basket has a personal twist.

“They’re very personality-based, and you kind of do it off of the vibe that you have and the relationship you have with your new little,” said sophomore psychology major Alana Fader.

The basket is also a way for bigs to show they’ve picked up on the unique things about their little, she said. As a member of Alpha Chi Omega at this university, Fader recalled getting something Harry Styles-related from her big after she mentioned she was a fan.

“The baskets kind of also create that connection to your big,” Fader said.

“I think it stems from just wanting to pass down stuff and make it seem like your big loves you, and ‘Oh my god, you can wear your letters,’” junior marketing major Lexi Silverman said. “It’s a silly tradition, but I don’t know, it just stuck.”

Silverman is a member of Phi Sigma Sigma at this university, and made a basket last year when she got her little. Although each basket is an individual experience, there can sometimes be a sense of competition among members, she said.

“It’s not a competition, but it is like a competition to see who has the best basket,” she said. “It’s like trying to show your love for your little, which doesn’t make sense because it’s just material items.”

But these material items do have a deeper meaning for members, she said. Although she pointed out the materialistic aspect to the baskets, she was also quick to point out the bond they help create. Dodds said she’s also seen these connections sparked between members.

“By seeing that they’re kind of wearing the same letters actually does make them feel more part of — not only our sorority and Greek life — but also our campus community as a whole,” she said.

When some look at the basket tradition from afar, they may seem like a surface-level act, but it’s actually a warm gesture; it’s a welcome sign that someone cares and, more importantly, a sign you’re not alone.

“We’re just trying to … continue that bond that we have, because again it is a very isolating time and it is easy to just slip through the cracks and feel very alone,” Fader said. “It’s important to show — especially the new girls — that we do love them and want them here and want them part of our chapter.”