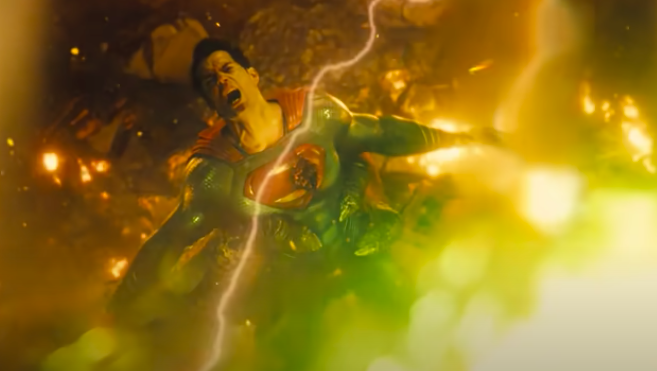 'The Snyder Cut' drops on HBO Max on March 18. (Screenshot via YouTube)

On Sunday, HBO max dropped a new trailer for Justice League — a movie that premiered over three years ago. This trailer, however, touted the tagline The Snyder Cut, featuring the three holy words DC Comics fans have been waiting to see for years. The Snyder Cut was long seen as a gem of a movie forever lost in the pile of “what ifs.”

But thanks to years of petitioning, pushing and, undoubtedly, some marketing pitches, Justice League: The Snyder Cut is finally coming out on HBO Max on March 18.

It all begins with the original Justice League, which came out in November 2017. American filmmaker Zack Snyder, director of Man of Steel and Batman v Superman: Dawn of Justice, was the helm of Warner Bros.’ DC film franchise. Snyder had shot Justice League, and as with any big-budget movie, the movie was screened by Warner Bros.

This movie went more than an hour and a half over Warner Bros.’ run time limitation, which the company adamantly set at two hours. Around this time, Snyder’s daughter passed away, and he exited the project. Amid his absence, Warner Bros. hired a new director to finish the project: Joss Whedon.

Joss Whedon, best known for directing the original Avengers movie, began work completing the movie. Not only was he given screenplay credits, but he also worked with a different cinematographer and crew to reshoot certain scenes. According to the original cinematographer, Fabian Wagner, this ended up actually being around 90 percent of the finished product; only 10 percent of Snyder’s scenes made it into the final theatrical cut.

Although this was only a rumor at the time, upon the film’s release it felt true — the movie didn’t match Snyder’s previous movies, nor did it feel like it had his style or tone. The soundtrack was different from his movies, the storyline didn’t match the previous films. Even the color of the movie seemed off. Ultimately, the film was a critical dud and the question arose: Was there another, better cut of the movie?

This question would set off DC fans everywhere. How much of the film was Snyder’s work? How much changed behind the scenes? At the time, small rumors and gossip from the studios, reporters and even Snyder himself fueled the flames.

In early 2018, ScreenRant’s Steven M. Colbert stated Snyder’s version of the movie had actually made it deep into post-production before it was pulled back and that there was a very usable cut available. On his page on the social media app Vero, Snyder posted behind-the-scenes photos and deleted scenes, all of which were starkly different from the released movie. The rumors were enough; there was now an army of fans clamoring for this movie, dubbed The Snyder Cut.

[Review: ‘OnlyFans: Selling Sexy’ is an informative glimpse into a booming industry]

Although the studio executives insisted the movie would never see the light of day, fans kept up the pressure throughout 2019. In January, a superfan created a website for the film, ForSnyderCut.com, and it became a hub for fans of the cut to learn new information and connect with each other. In March, Snyder began to talk publicly about the cut, revealing it was 3 1/2 hours long.

The dedication from fans was unbelievable; they made a statement to Warner Bros., raised money for the cut via GoFundMe and put up a Times Square billboard pushing for the cut to be released. Even Ben Affleck and Gal Gadot, the stars of the movie, tweeted with a simple hashtag: #ReleasetheSnyderCut. The hype for the movie was at an astonishing level for a movie no one had even seen a glimpse of.

Finally, in May 2020, those years of work from fans paid off: Justice League: The Snyder Cut was set to be released exclusively on HBO Max in 2021. Much of this was attributed to the immense cult following of the movie as well as the launch of the streaming service. About $20 million was put into reshoots and finishing the film.

And after seeing the recent trailer, the differences are immediately apparent. The film crop is different, the color grading is different, the score is different, and there are new scenes and characters never before seen in the original release. The lost gem was finally coming to light.

Ultimately, the fans were an unstoppable force, a trend that is proven over and over again in the entertainment industry. Without their efforts, the film would have never seen the light of day. So will the movie hold up to the extreme hype and fan base behind it? Fans will find out soon enough.