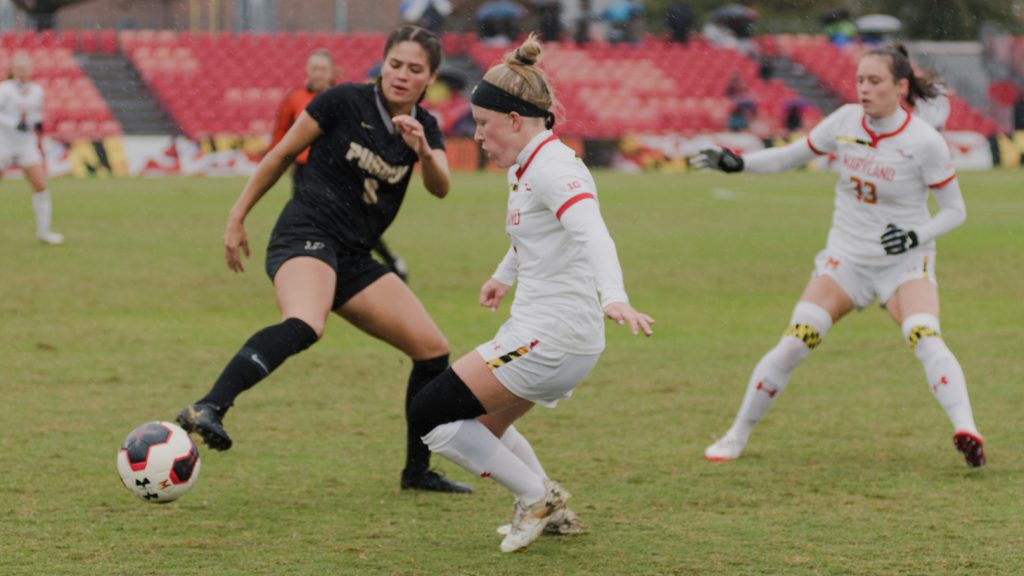 With the COVID-19 pandemic canceling seasons, games and practices throughout the past year, Maryland women’s soccer is just happy to be playing again. The Terps begin their much-anticipated spring season Saturday against Michigan State in College Park.

In the 2019 season, Maryland concluded the campaign with a 9-8-3 record — a drastic improvement from years prior. The program also made unprecedented strides by making it to the Big Ten tournament for the first time in its history.

And the Terps are looking to build on that campaign. It’s something coach Ray Leone said is possible due to his players’ mentality.

“You can’t come in and think, ‘Oh, let’s do an OK job,’” Leone said. “You have to give every single thing you’ve got every single game.”

Maryland is an experienced unit, returning eight starters. And though the time off the pitch could mean the Terps need time to jell, that valuable playing time should make for further improvements.

Still, Leone is wary of the potential effects of such a long layoff.

“It’s been about 470 days since we played a regular game, can you believe that?” Leone said. “There’s been lots of ups and downs, emotionally.”

While the cancellations have been tough to take, they have allowed the team to truly appreciate the sport.

“I think we’re just excited to play anybody, getting out into the field putting our jerseys on and representing Maryland,” Leone said.

Senior midfielder Hope Lewandoski expressed the same eagerness to get back on the field.

“Obviously, I’m super excited,” she said. “It’s weird to finally have a game weekend after a year and a half.”

In addition to pushing off the 2020 season, COVID-19 has also made it much more difficult for the team to bond and get to know the newer players. Without being able to spend time together unmasked outside of practices and training, those closer bonds — ones that have been so reliable in years past — are more difficult to forge.

However, as a leader of the team, Lewandoski continues to make sure that her squad remains a close knit group. Sometimes that means FaceTime. Other times, it’s simply just getting to know each other in the best way soccer players can: on the pitch.

And, despite the numerous irregularities of the season, the Terps are hoping to recapture the form that established them as a rising power in the Big Ten last year.

Once they’re back on the pitch, that sense of normalcy will be much easier to come by.

“As soon as we step into a locker room on game day, it’s all going to come back to us like riding a bike,” Lewandoski said.