With gaps to fill, Maryland women’s lacrosse prepares for an unpredictable 2021 season 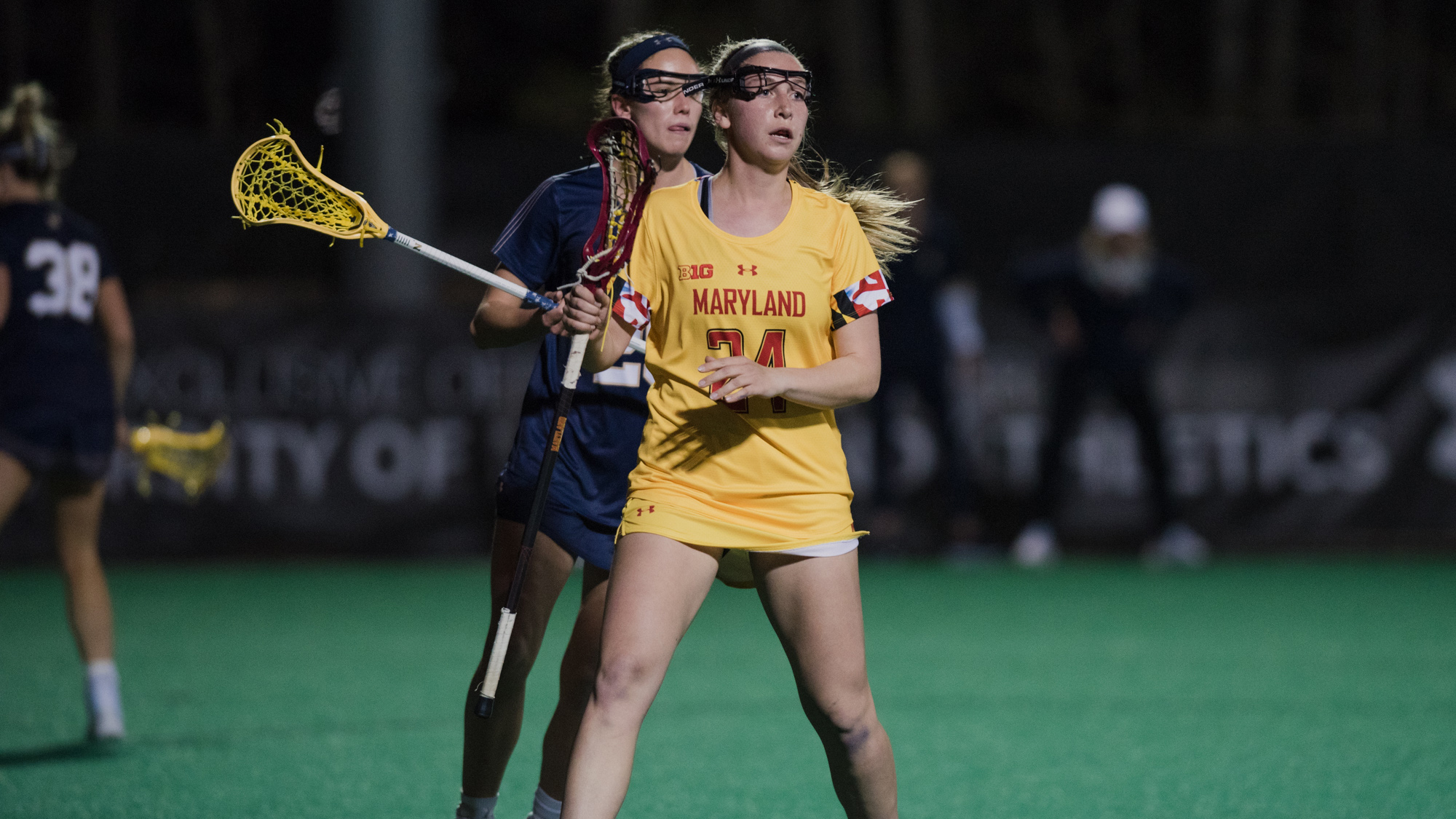 It was a normal Thursday in early February, and Maryland women’s lacrosse was jumping up and down. After a yearlong wait, the Terps finally had a schedule — their season was a reality. But coach Cathy Reese gave words of caution to her team the next day.

“This is our schedule as of today. … We could be rerouted,” Reese said. “There could be challenges and obstacles. There will be, because that’s just life right now.”

“Stop running over us with the train. This sucks!” Reese said following the postponement. “It is what it is … We’re just trying to take things one day at a time.”

Now on the precipice of a second chance to start the 2021 season, Maryland is prepared for any hurdles that might appear as it seeks to rebound from a rough start to the 2020 campaign — and defend its 2019 national championship once again.

The Terps will take on each Big Ten team twice as part of a 12-game season. With it, they will weather the rust from a long offseason and rely on veteran talent as their inexperienced squad continues to develop.

Although Maryland lost its chance to see seniors Kali Hartshorn and Meghan Doherty finish out their final season, captain Brindi Griffin has returned for a fifth year, taking advantage of an extra year of eligibility granted by the NCAA.

Another key loss for the Terps was the surprise transfer of breakout defender Emma Schettig to Notre Dame. She was selected to the Inside Lacrosse Second Team All-American and received All-Rookie honors.

But the Terps will return an experienced attack, as four of their top five goal scorers from a year ago are back in College Park. Griffin leads the unit of Hannah Warther, Catie May and Libby May.

Warther had a strong 2020, putting away 14 goals on a stellar .519 shot percentage. The rising junior was a force to be reckoned with on the field with 15 draw controls, the third best on the team.

“I would never want to play defense against her,” Griffin said.

Reese has high expectations for freshman Eloise Clevenger to make an early impact up front. She joins the Terps as a 2020 Under Armour All-American and Inside Lacrosse’s No. 14 recruit in her class.

Maryland’s toughest challenge looks to be its defensive line. With Schettig leaving and Doherty graduating, the unit is rather inexperienced. The Terps will benefit from the return of senior Lizzie Colson, a two-time All-Big Ten defender, from an ACL injury.

Colson will be joined by Maddie Sanchez, Laurie Bracey and Tori Barretta, all of whom saw a bump in playing time last season but have yet to take over as the new barricade for Maryland’s net. Freshman Kacy Hogarth, a standout from Havertown, Pennsylvania, is expected to be another key contributor in the back half of the field.

As the Terps develop their backline, Maryland’s goalie outfit will be fighting for the top spot between the sticks. Maddie McSally was a key factor in bringing the Terps out of their early-season slump in 2020, but she will have to continue that form to earn her spot in a battle with sophomore Emily Sterling.

The two keepers split time in net at the onset of last season, as Sterling was returning from an ACL injury. Now that she’s fully healthy, Reese said there is no set plan for who will take over as the lead goalie.

But a specialist who appears to have nailed down her spot is Shaylan Ahearn, who will take on the draw this season. Hartshorn left Maryland as second in all-time draw controls for the program and was poised to break Taylor Cummings’ record of 509 before last season shut down.

With big shoes to fill, Ahearn is stepping up despite only playing six games in her first season.

“A lot of teammates at this point are really looking up to our sophomore class. Even our seniors are relying on us more,” Ahearn said.
But Reese is most focused on how her team improves, regardless of how its impending matchups go. She said they’re not going to talk about winning another championship, but rather making the team better every day.

And that mentality might have them jumping up and down for another reason in a few months.

“Even though [this season] is different … we have the chance to do it, so we’re going to make the most of it,” Griffin said.