Here’s the latest on construction projects across UMD’s campus 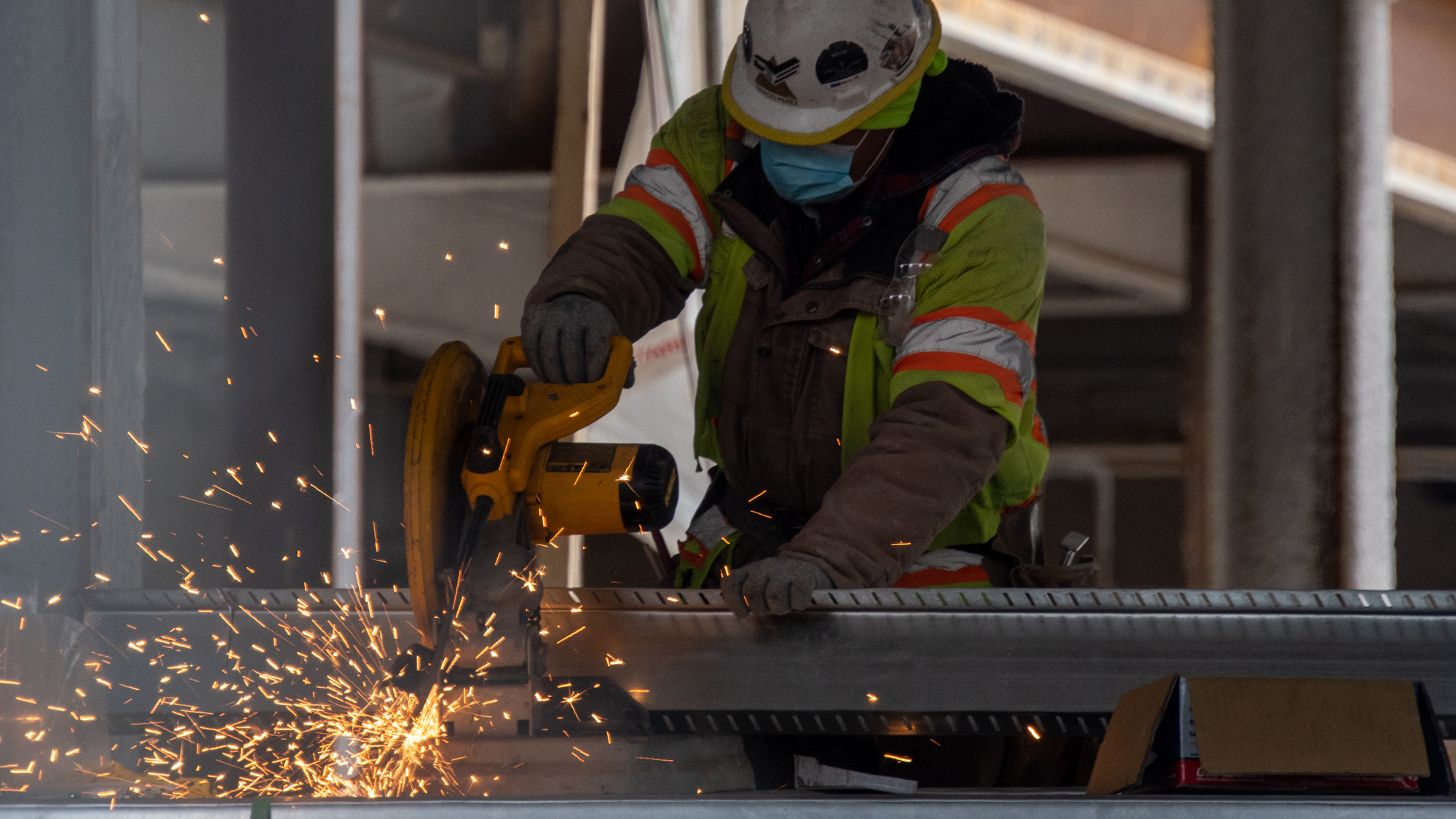 A worker cuts steel at the construction site for new dorms on North Campus on Jan. 25, 2021. (Joe Ryan/The Diamondback)

The coronavirus pandemic has altered almost every aspect of the University of Maryland’s campus, but campus construction is still ongoing. Here’s the latest on construction projects across campus.

The construction of two dorms on North Campus is expected to be completed this fall, according to information provided by a university spokesperson.

The new dorms will be named the Whittle-Johnson and Pyon-Chen Halls to commemorate former students at this university.

Whittle-Johnson Hall will recognize Hiram Whittle, the first African American man to be admitted to this university, and Elaine Johnson Coates, the first Black woman to graduate with an undergraduate degree at this university.

Pyon-Chen Hall will honor Pyon Su, the first Korean student to receive a degree from an American institution of higher education, and Chunjen Constant Chen, the first Chinese student to enroll at the Maryland Agricultural College — this university’s former name.

Construction on Cole Field House’s athletics performance center is expected to be completed by late spring, according to information from the university  spokesperson.

Some of the performance center is already complete. Multiple sports teams are using the center’s one indoor and two outdoor practice fields. This university’s football program is tentatively scheduled to move into the new building around May, according to the information from the spokesperson.

The entire Cole Field House project will dedicate 150,000 square feet for academics. The academic space will include a campuswide entrepreneurship center and research facilities to study brain health, behavior and human performance.

The university did not specify when the entire project is scheduled to finish.

Construction crews have completed the underground utilities work on a new building for the public policy school. They are now focusing on building the foundation wall.

The construction broke ground in October 2019. It will be situated between the Lee Building and Rossborough Inn.

The university, the state of Maryland and an anonymous donor are funding the $62 million project. It is slated to open during summer 2022.

[Despite COVID-19 and some minor delays, UMD construction projects are on schedule]

Renovations on the second, third and fifth wings of the Chemistry Building will be completed by the end of this semester, according to the information from the spokesperson.

After the renovations, the building’s first wing will be demolished and replaced with a new 105,000-square-foot wing, which will include more research space and air-handling systems for lab work.

Design and preliminary construction on the first wing are expected to start this summer and be complete in 2023.

The exterior of the E.A. Fernandez IDEA Factory is complete, and the entire project is expected to finish by the end of 2021.

The four-story, 60,000-square-foot engineering building will include student competition space, a cafe, the Quantum Technology Center, the Maryland Robotics Center and the Alfred Gessow Rotorcraft Center. It will be connected to the Kim Engineering Building.

CORRECTION: Due to a reporting error, a previous version of this story incorrectly stated that the Chemistry Building’s Wing 1 will be 10,500 square feet. The project will be 105,000 square feet. Additionally, due to an editing error, a previous version of this story’s photo captions misstated the year of the photos. The photos were taken in 2021, not 2020. The story been updated.