What bracketologists are saying about Maryland basketball 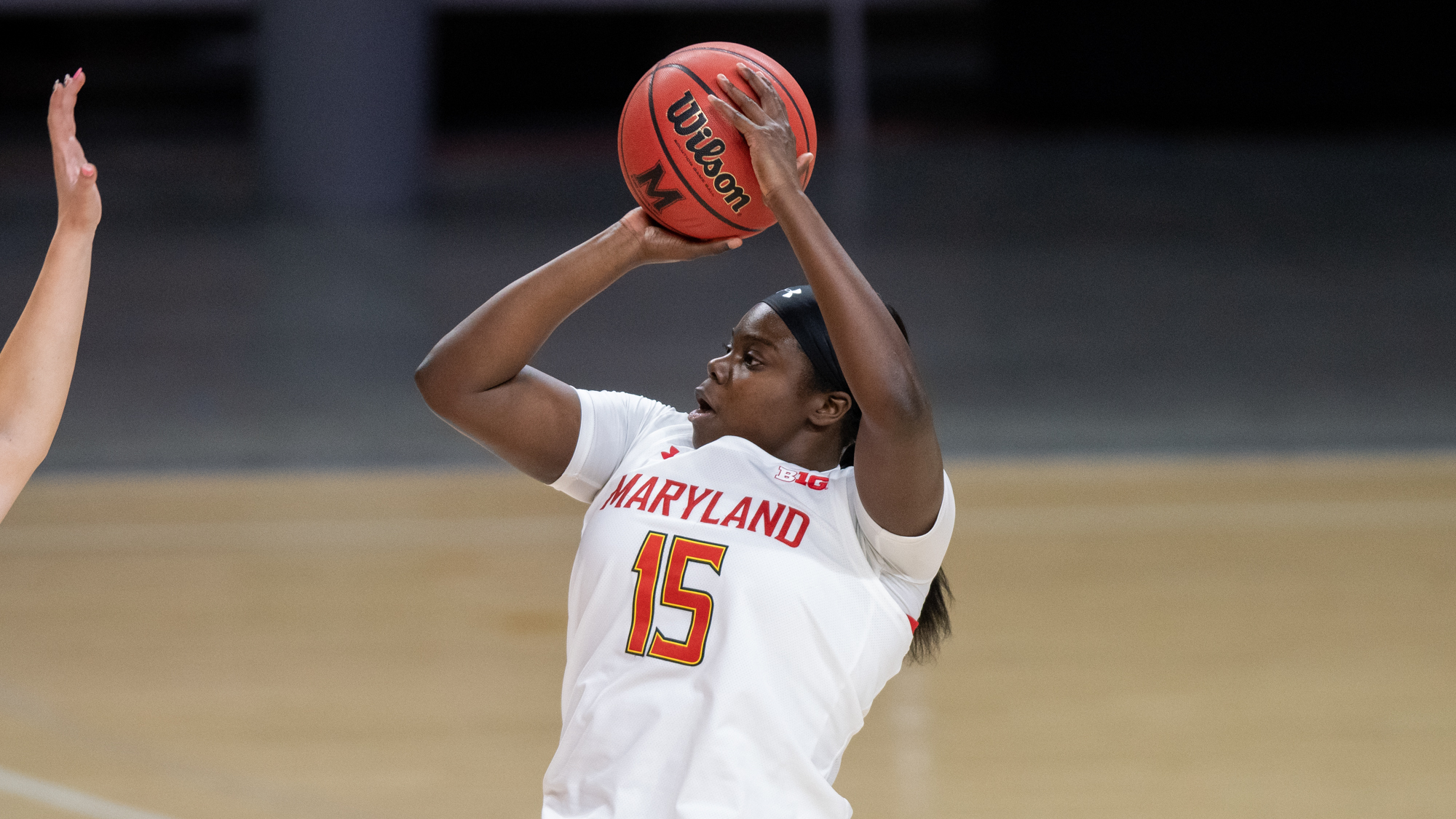 Ashley Owusu pulls up for a jumper during No. 10 Maryland women's basketball's 84-48 win over Wisconsin on Feb. 4, 2021, at the Xfinity Center. (Joe Ryan/The Diamondback)

The start of the 2021 NCAA Tournaments is just over a month away, and both Maryland basketball teams could find themselves in “the big dance.”

For Brenda Freese and Maryland women’s basketball, a high seed should be expected. The Terps clocked in as a No. 2 seed and the No. 7 overall team in the country during the NCAA’s early bracket reveal. Maryland was the highest-seeded Big Ten team, which makes sense as the Terps are sitting in first in the Big Ten standings.

This would be the first time since 2016 that the Terps would be as high as a No. 2 seed, but that should be taken with a grain of salt since last year’s time likely would have clocked in as a No. 1 seed. In 2016, when the Terps were a No. 2 seed, they were stunned in the second round by No. 7 seed Washington, 74-65.

For Maryland men’s basketball, things aren’t looking as good. Mark Turgeon’s squad finds themselves squarely on the bubble, with every game looking like a “must-win.”

With Maryland holding an 11-10 record, them being on the outside looking in is not surprising. However, with four Quadrant 1 wins, no non-Quadrant 1 losses, and the hardest schedule in the country, according to Warren Nolan, there is a case to be made for Maryland to make the tournament.

The Terps will have to play well in their final six regular-season games and put on a good showing at the Big Ten tournament to find themselves in the tournament.