Through its fanfare and flaws, here’s what students think of ‘Cyberpunk 2077’ 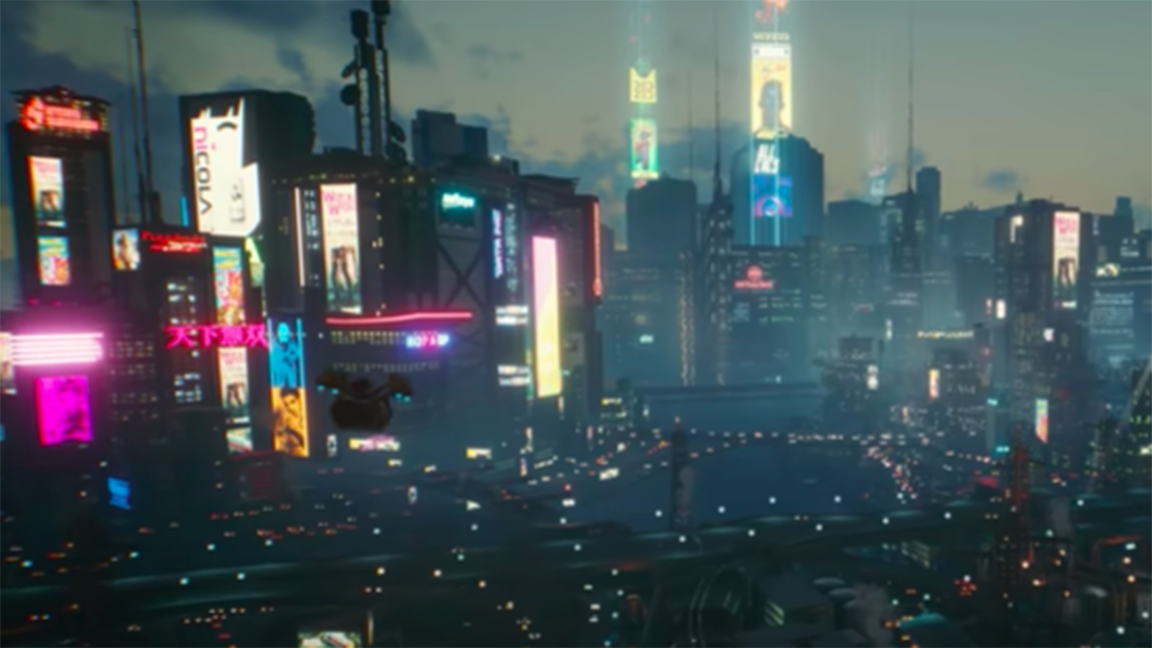 In the video game world, recent news has been dominated by one title: Cyberpunk 2077. At the end of January, an update that was released to fix game bugs ultimately just caused more bugs — which is pretty reflective of how this game’s whole development process has gone down. It’s the final stepping stone in the disaster that was Cyberpunk 2077’s release, and now the question remains: Is the game even worth it?

It was first announced in 2012 by developer CD Projekt Red, known for their acclaimed open world role-playing game The Witcher 3: Wild Hunt. Hype for the game reached a peak during 2019’s Electronic Entertainment Expo when Keanu Reeves was revealed to play the prominent character Johnny Silverhand.

The game has the player take on the character of V, a mercenary just getting started in the tumultuous urban landscape of Night City. One bad job changes the trajectory of V’s story, and they’re pitted against an inescapable disease in the form of Reeves’ Johnny Silverhand, who unwillingly threatens to take over V’s mind if something isn’t done before it’s too late.

UMCP Gaming Club member Zachary Hunt, a sophomore enrolled in letters and sciences, said he preordered Cyberpunk 2077 in November and received it close to its release date.

“I wasn’t really cautious about the fact that Cyberpunk had been delayed, especially since I had played … The Witcher 3, which had also suffered a lot of delays but ended up being quite a good game,” Hunt said. “Before the game came out, I didn’t really have any concerns.”

When Cyberpunk 2077 finally arrived on Dec. 10 after three separate delays citing developmental issues and the coronavirus pandemic, it was an incredible letdown. Fraught with bugs and countless glitches, the game was even pulled from Sony’s online PlayStation store, and CD Projekt Red felt compelled to offer full refunds for the game.

“I think the game can really be praised a lot for the characters and a lot of the dialogue, and that element of storytelling that’s present there, but it really falters on delivering the really detailed and dense world it had promised,” Hunt said.

The map felt “empty,” and the gameplay was “subpar” compared to other recent first person shooters in the role-playing game genre, Hunt said. The game also advertised the ability to choose your own backstory, whether that be a “corporate,” “nomad” or “street kid.” But Hunt said the backstory had little sway over the game in the long run. Although the beginning choices were unsatisfactory, the varied endings offered great incentive to replay the game.

Hunt said CD Projekt Red made the right call offering current-generation console players a refund. Furthermore, though the game is exceptional on next-generation consoles, the supply of the Xbox Series X and PlayStation 5 systems is so low that it is nearly impossible to find one.

“It was probably the most abysmal game launch ever,” he said. “For sure.”

Hunt also said he was frustrated that the current-gen console held back the full, immersive experience of the game available on other systems.

[Review: The Staves’ ‘Good Woman’ is a melancholic meditation on growth]

Brandon Hill, another UMCP Gaming Club member and sophomore mechanical engineering major, bought Cyberpunk 2077 on his PC two weeks after its release, during finals. Hill said he wasn’t worried about the game’s troubled development because he trusted CD Projekt Red as a developer. Besides, its competitor on open world role-playing games, Bethesda Softworks, is known for releasing essentially unfinished games full of issues and still receiving positive reviews.

“I personally love the game,” Hill said. “I think its writing is fantastic, the world’s fantastic. The gameplay is really good for an open world game. Graphics are stellar of course. I don’t really have any complaints.”

Hill said he enjoyed a version of the game with few issues on his PC, but he recognized why CD Projekt Red felt it necessary to offer refunds. Though Bethesda’s reputation lies broken due to their past shoddy work, CD Projekt Red is working to maintain its solid reputation by taking full responsibility for Cyberpunk 2077’s shortcomings.

After his two playthroughs, he realized only a few choices really affected the story in the end. Still, he said the game has high replay value due to the branching quests that offer different interactions with in-game characters.

UMCP Gaming Club member Bivek Neupane, who graduated from this university in 2020, got the game on PC about two days after its release date, though he wasn’t daunted by early reviews.

“I feel the gaming community is pretty melodramatic,” he said. “There’s a lot of hype. It didn’t really affect my opinion too much.”

Neupane praised the game, although he recognized the main story was on the shorter side and some aspects weren’t completely polished. The world building is immersive and V’s life in Night City feels realistic for the universe offered in Cyberpunk 2077. There’s replay value in not just the varied narratives based on player choices but also in play-styles, Neupane said. Players can use guns, blades, hacking skills or even a limited form of pacifism to navigate through in-game combat.

“I didn’t face any troubles, but if I was playing it on an older-generation Xbox and I was so hyped to play this game and it’s just not optimized to run on my machine, I’d feel pretty bad that I spent 60 bucks,” he said.

Though it undeniably has its issues, Cyberpunk 2077 delivers a truly enjoyable experience on next-gen systems and PC. Players say the story is compelling and player choice is emphasized, although there is room for improvement. It may not be worth your money if you want to play on older generation consoles, at least until the developer significantly updates the game.

It’s also important to note that while CD Projekt Red has worked to remove bugs, they’ve also removed a certain mod from the game involving a certain … risque version of Keanu Reeves.