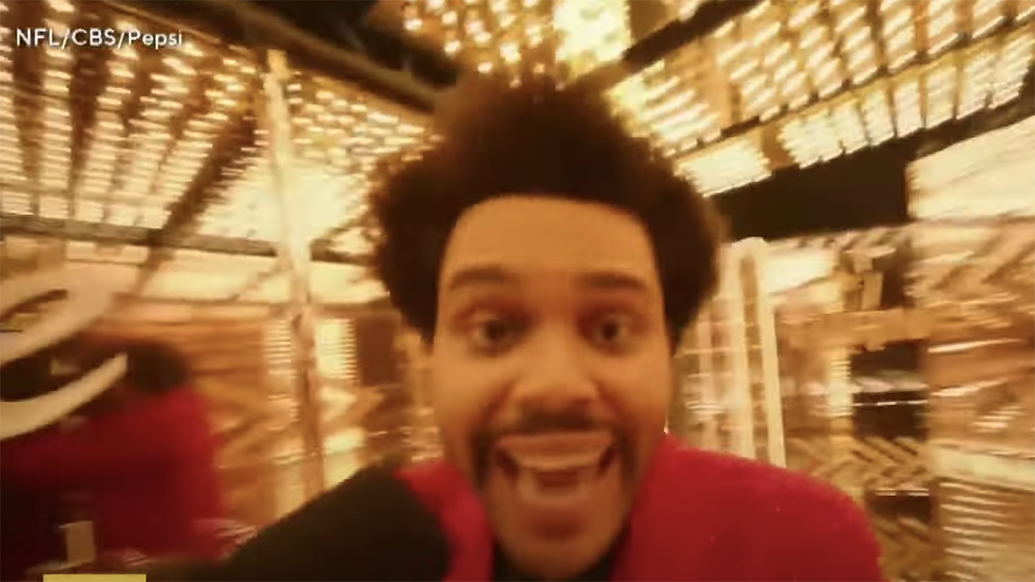 The Weeknd dazzled audiences in this year’s Super Bowl halftime show filled with cryptic, cinematic visuals, trippy maze rooms and a number of masked extras. Although the set may not surpass the quality of his predecessors’, The Weeknd did an incredible job adapting his material and producing a cinematic, vibrant show that felt distinctly his.

The set continues the story of The Weeknd’s new After Hours era filled with themes of Vegas, bandaged faces and the iconic bright red suit. If you’ve been following his music videos and television performances, you’ll know he’s had an ongoing storyline that follows all his appearances, and this performance is no different. The Vegas-inspired set, masked men and close-up camera work — which has become a meme in itself — are all reminiscent of his previous live shows and music videos, which spur off of his After Hours album.

More impressively, The Weeknd, whose real name is Abel Makkonen Tesfaye, managed to alter the imagery and songs to be presentable to a PG audience, which included a broadcast on Nickelodeon — a difficult task considering the levels of violence and sex the story has had so far. (The “In Your Eyes” music video featured two bandaged women having sex with Tesfaye’s head sewn onto a corpse, which isn’t exactly Nickelodeon material).

[If you’re missing Lorde, try these artists out in the meantime]

He even managed to fit part of his 2011 single “House of Balloons/Glass Table Girls” into the show, a lovely homage to his XO fanbase that’s been there since the beginning. When Tesfaye first announced he was performing during halftime, I doubted the decision due to his collection of niche, eccentric material. In the end, the material he performed was great, albeit not as uplifting or cheery as some previous halftime show acts — that is, except for his big finisher “Blinding Lights,”  which is exactly the energetic and upbeat vibe we needed.

Over a decade after beginning his career as an artist, it’s clear The Weeknd has mastered his stage presence. He sings effortlessly, all while touting a small smile and hitting subtle dance moves. It’s the typical charm fans have enjoyed over his years of performances that demonstrates huge growth since his beginning as a performer. The Toronto native was also the first Canadian headliner and solo performer for a halftime show. It’s a long way to come for a once-homeless kid from Toronto, and he was even rewarded for his journey with the mayor of Toronto crowning Feb. 7 “The Weeknd Day.”

[30 years later, ‘Coming to America’ remains one of Eddie Murphy’s most memorable films]

All this being said, the performance lacked some of that “larger-than-life” feeling of previous halftimes. For one, the stage was high in the stands on the side of the field, not center stage. Although the set was beautifully detailed and realized, it didn’t have the same presence as the center stage J.Lo and Shakira sang on, or even Lady Gaga’s.

There were also no guest performers and not many huge surprises. Of course, it’s entirely possible COVID reduced the scale of the show, and it’s pretty ridiculous to critique a show of this scale for not being even bigger, yet I can’t help but think of previous halftime shows and wish he went a little bigger and grander for the set.

In the end, The Weeknd provided us with a show that really only he could pull off. It may not be as legendary as Beyonce’s or Bruno Mars’, but it sure was an iconic and memorable halftime that I’m positive will never be recreated.