Review: The Staves’ ‘Good Woman’ is a melancholic meditation on growth 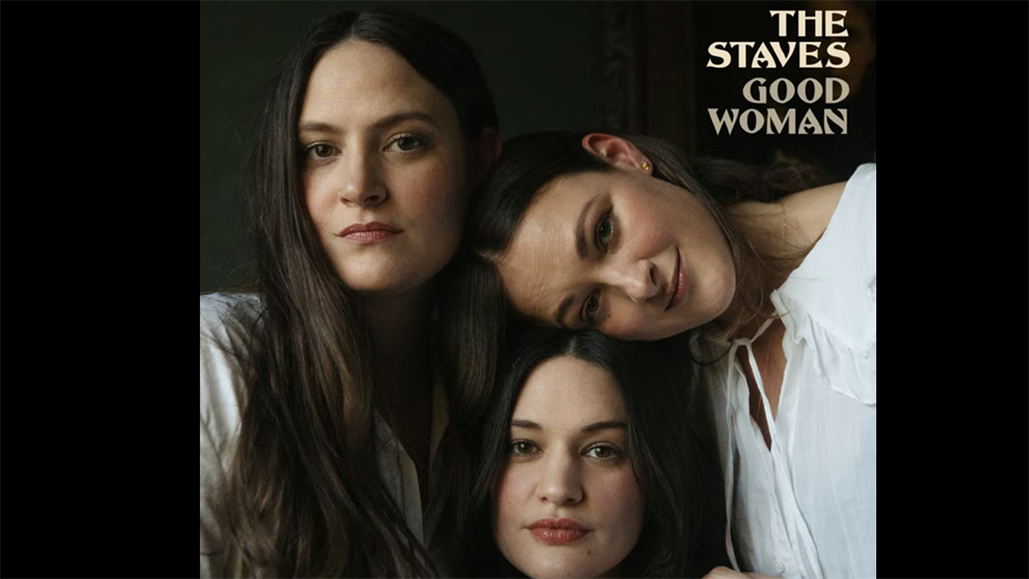 Do you have designated “safe songs” for long, nervous drives where you’re forced to play the role of DJ and you don’t have a gauge of the driver’s music tastes? I do. For a long time, The Staves’ “In The Long Run” — a sweet acoustic folk song with gentle vocals guaranteed to soothe even the grouchiest driver — was high on that list. The hook “And I know/ I’ll meet you again in the long run” is one of those addictive bits that gets stuck in your ear. And it’s easy to sing along to, even if you’re hearing the tune for the first time (another safe song essential).

The Staves, made up of English indie folk sisters Emily, Jessica and Camilla Staveley-Taylor, dropped their new album, Good Woman, on Friday. Good Woman, their first full-length album since 2017’s The Way is Read, is largely based on personal reckonings: Their mother died, Emily had her first child and a five-year relationship came to an end. The songs on Good Woman reflect this maturity, showcasing the sisters’ always-lovely vocals and opening up the emotional depth of their lyrics.

Despite their seniority in the folk genre, The Staves have less name recognition than some of their peers. One might be tempted to call them an English HAIM, but the Staveley-Taylor sisters are little more mellow than that West Coast group — and a little more melancholy.

In the past, The Staves have experimented with form, preferring ethereal a capella harmonies and plucky brass instrumentation in “The Way is Read.” Here, they pair back the orchestral flair in favor of catchier hooks and relaxed tempos that fit right in your pocket. This album is more pop-folk than indie folk and reminds me a bit of First Aid Kit, another folk sister band with similarly angelic vocals.

The lyrics themselves are modest and more confessional than is The Staves’ standard. Good Woman’s title track kicks off the album with confidence and poise: “Well, I cover my mouth/ And I straighten my back,” sings Camilla, speaking to the often silent, ignored strength of women. It’s difficult to describe The Staves’ music without resorting to words often associated with physical beauty: lovely, beautiful, gorgeous, pretty. But here, as in many of the album’s songs, the title track is simply so pretty, so pleasant in its substance and execution, even while their subject matter isn’t.

In “Paralysed,” the restrained seventh track on the album, the sisters sing about gazing at the dregs of a failed relationship: “And I know-ow-ow, it’s a waste of time/ And I know-ow-ow, you are yours, not mine.” Modest string plucks give way to a vocal swell as the sisters join their voices together: “Don’t snuff me out/I used to be magic, I used to bе rage.” “Paralysed” feels like the feminist answer to Taylor Swift’s “Tolerate It,” which laments an unhappy wife’s suppression in her relationship. “Paralysed,” by contrast, acknowledges the partner’s flaws and is all the more satisfying for doing so. This is walking music, driving music, you are the Main Character music.

In the rare instances that Good Woman doesn’t work, it’s because the production undermines the Staveley-Taylor sisters’ vocals. Good Woman’s third track, “Careful Kid,” begins with a layer of distortion that crowds the sisters, whose harmonies aren’t suited to grittiness. The result is a dissonant song that feels half-baked.

But by and large, Good Woman knows its thesis and its heart — the gentle richness of the Staveley-Taylors’ harmonies delivers anger and sweetness together, encapsulating the contradictions of being a woman. “I’ll change, I’ll change, I’ll change when I want to,” sings Camilla on the album’s final track, “Waiting On Me to Change.” Whatever The Staves’ next evolution has in store, one thing is clear: The Staveley-Taylor sisters are fully in control of their sound — and they’re not interested in playing it safe.

[Review: Even as a lifelong listener, I’m disappointed with Foo Fighters’ 10th album]