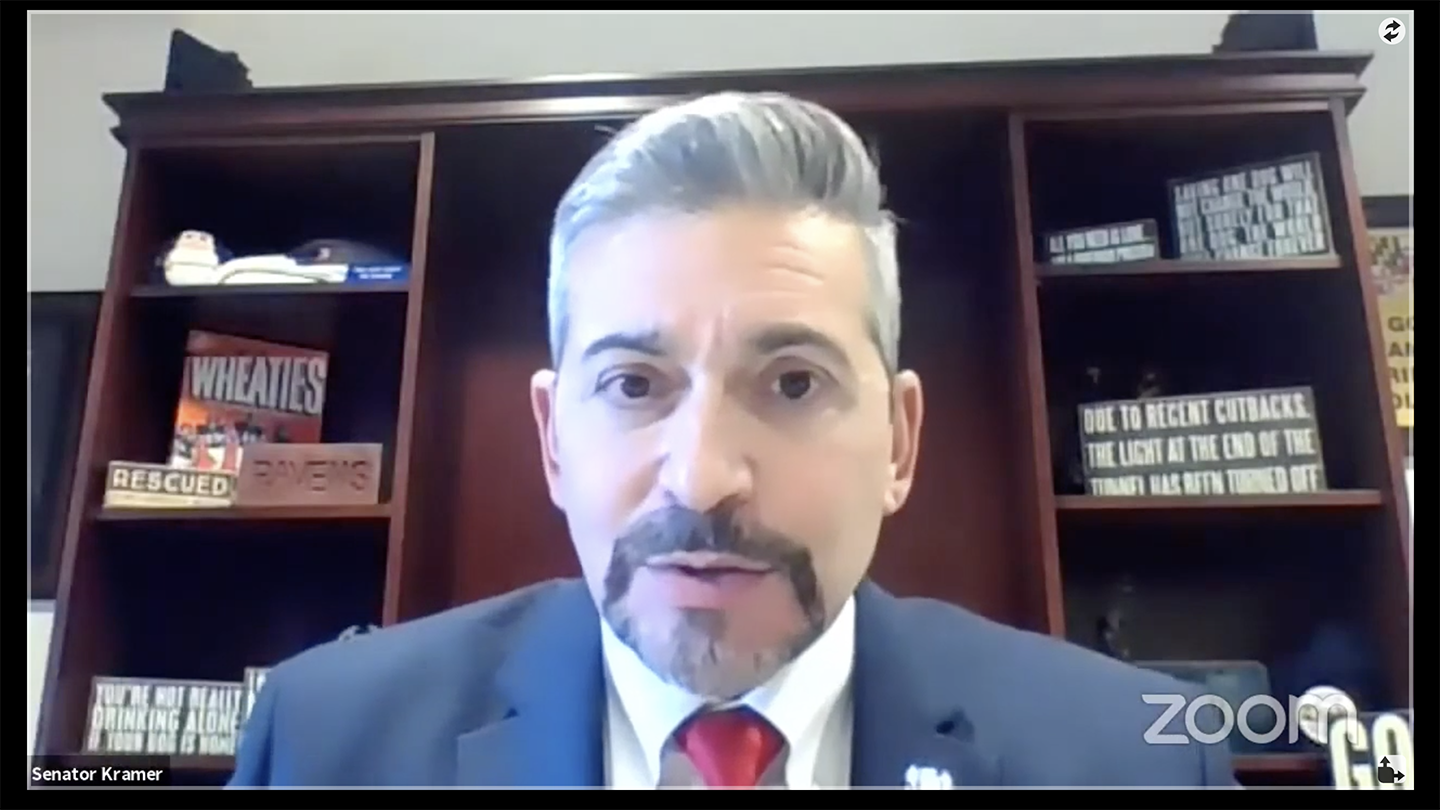 In a two-day hearing in the Maryland General Assembly that wrapped up Thursday, state lawmakers and employees of University System of Maryland institutions spoke on the passage of a bill that would allow a union representing multiple institutions to negotiate one “master agreement” with the system.

Under current state law, USM workers must negotiate their contracts with universities rather than with the system. For the third year in a row, legislators at the Maryland General Assembly are trying to change that.

Both Sen. Benjamin Kramer (D-Montgomery) and Del. Jared Solomon (D-District 18) described the bill as “common sense.” For Solomon, the bill would “end the patchwork” of an existing “inefficient system,” he said at Wednesday’s hearing. The University System of Maryland declined to comment on the bill.

In total, there are at least 15 contracts, Kramer said, and each of these contracts must go to the Board of Regents for approval. Kramer said these contracts often get sent back for review to renegotiate items until the board approves it. He called the motion an “absolute waste of taxpayer dollars and tuition.”

“And there should be equity — equity across the board. If you have a job in one part of the system and it’s an identical job at the other, why should they not have equality as to economic and noneconomic benefits?” Kramer said at the Thursday’s hearing. “There is no excuse, there is no reason, there is no logic, there is no rationale.”

These contracts apply to 6,500 workers across the system, said Patrick Moran, the president of American Federation of State, County and Municipal Employees Council 3, which represents some employees in the state of Maryland.

Moran stressed that presidents of institutions would continue to run day-to-day operations, while common health and safety guidelines, disciplinary procedures and work rules would be negotiated on a system level.

John B. King Jr., the founder and president of Strong Future Maryland and former U.S. secretary of education, said a statewide collective bargaining agreement will reduce bureaucracy and increase efficiency. It has done so in other states, King said. For example, he said, the University of California system operates in that way. King also said the agreement would allow the system and workers to address racial and gender inequality.

“We know there’s a long history of employees, particularly at the state’s historically Black colleges and universities, receiving inequitable treatment,” he said. “A common contract will be a way to address that inequity and ensure that folks who are doing the same job across the system have access to the same opportunities and benefits.”

But Lisa Early, the associate vice president and chief human resources officer at Coppin State University, said the bill does not serve the interest of smaller institutions or historically Black colleges and universities.

The bill would prevent her university to respond timely and to fulfill their “unique” mission as an HBCU, Early said.

“We have very good labor relations on our campus,” Early said. “And the bottom line is, we would like to keep it that way.”

Additionally, the bill would undermine the university president’s legal role and responsibility over performance and management of a university, Skolnik said. The system deliberately provides flexibility to presidents so they can best meet the needs of their institutions.

“How would you decide which universities’ practices would be favored and enforced systemwide?” Skolnik said.

Dawn Rhodes, chief business and finance officer and vice president of the University of Maryland, Baltimore, said the difference in sizes across institutions is concerning.

[UMD union says Trump’s term was rough for labor rights. Under Biden, they have hope.]

For instance, the cost of living in College Park and Frostburg is different, she said, so a blanket salary policy would not make sense.

Additionally, a majority of custodians, security guards and facilities and operation employees are people of color, Rhodes said. She asked the committee to reconsider the bill through a lens of diversity, equity and inclusion.

“Their voices are finally being heard,” Rhodes said. “This proposed bill could silence them again.”

At Wednesday’s hearing, Relford Matthews defended the bill as a way of closing the gap between HBCUs and other institutions. If the bill passes, standards and expectations on wages, working conditions and health and safety issues would be harmonized across all universities — including HBCUs, he said.

“Currently within the USM, HBCUs are separate but are long ways from being equal,” said Matthews, a maintenance mechanic at the University of Maryland, Eastern Shore.

Although Skolnik said this university did not sign up in time to provide a testimony for the hearing on Thursday, Carlo Colella, administration and finance vice president at this university, did address legislators at Wednesday’s hearing.

Colella said the bill, if passed, would have “substantial negative impacts” on this university. He said a consolidated bargaining agreement would slow the university’s ability to identify and quickly address institution-specific issues. It would also not make sense to negotiate wage practices on a systemwide level, Colella said, and it would create budget pressure on some institutions.

Stuart Katzenberg, AFSCME Council 3’s growth and collective bargaining director, said the pandemic serves as evidence that the current system is broken. Each campus the union tried to negotiate with refused to bargain with them, citing USM guidance, Katzenberg said.

Celina Sargusingh, clinic coordinator at this university’s health center, said this university has refused to bargain health and safety with the union, and union members at Frostburg State University also struggled to bargain with their administration. For this reason, the bill needs to pass, she said.

“We need one set of mutually agreed upon rules that protect every worker and ensure we are under the same contract,” Sargusingh said.

Katzenberg also said a blanket bargaining approach would save institutions money, as they would not need to hire attorneys. Additionally, he said, the bill would increase workers’ voices.

“It will give workers the voice that they need to deal with the decision makers who ultimately make the decisions, ” Katzenberg said.