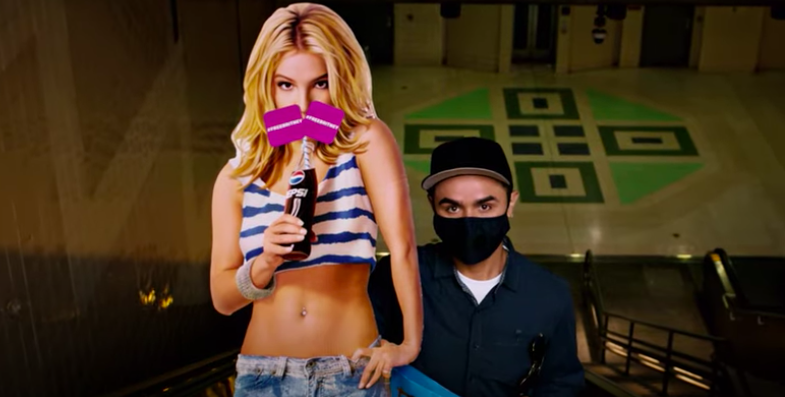 'Framing Britney Spears' is available to watch on Hulu. (Screenshot via YouTube)

The #FreeBritney movement is nothing new to many fans of pop icon Britney Spears. People began to advocate for her to have full control over her career decisions and personal life in 2009, but the push to end her conservatorship — a legal arrangement where a guardian is appointed to someone with limited capabilities — started circulating more on social media in 2019.

Britney was deemed unfit to handle her own physical or financial care when her father, Jamie Spears, petitioned for “temporary” conservatorship after her now-infamous breakdown in 2007. It gave him control over her life, including her career, personal affairs and health. Since her breakdown and hospitalization, Britney has undergone many transformations and has constantly had to prove her success. After world tours, multiple albums and a Las Vegas residency, she is still not managing all aspects of her life.

Imagining a woman with as much power as Britney still being completely controlled by a man — her father, on top of that — seems insane in 2021, but it is very much her reality.

Beyond the hashtag, some members of the grassroots movement have mobilized to free the star from her father’s control. In 2019, 50 fans gathered outside of West Hollywood City Hall. This summer, protesters gathered outside the Stanley Mosk courthouse in Los Angeles, too.

Now, the #FreeBritney movement has grown far beyond social media observations into a full-blown theory about her safety and mental health. This is partly thanks to Framing Britney Spears, the newest installment of the docuseries The New York Times Presents that dropped on Hulu Friday.

The episode follows Spears’ rise to fame and how she managed it, her breakdown and her recovery. Of course, her conservatorship is a central part of the discussion. Unfortunately for #FreeBritney supporters, no one from Spears’ inner circle is included in the production. The star herself was not interviewed, though it’s noted that the New York Times attempted to reach her for an interview. Hearing from journalists and past friends gives some perspective, but no one really significant can corroborate much #FreeBritney “evidence.”

[Review: The intensely emotional ‘Malcolm & Marie’ is unlike a typical Hollywood film]

There’s not much in Framing Britney Spears that isn’t already online, but it has given voice to what was once just a sad internet conspiracy theory. Britney is, in fact, suffering under her conservatorship. But looking at her sad story as a one-off would be doing her a disservice. She is an example of the sexism and manipulation that is pervasive in the music industry.

Britney’s story is similar to pop star Kesha’s 2014 lawsuit against producer Lukasz Gottwald, otherwise known as Dr. Luke. In the suit, Kesha alleged that he abused and manipulated her, which prompted a similar “Free Kesha” movement and accompanying petition. Kesha was also admitted to rehab for an eating disorder after the suit began. Despite being so many years apart, both women suffered under similar circumstances: lacking autonomy and suffering from mental health issues.

Where Kesha was once seen as a “party girl” pop star, Britney was one of the biggest pop stars-turned-sex-symbols of a generation. She basically sparked the entire schoolgirl trope with her “…Baby One More Time” music video. Both women suffered as a result of their career personas, and though Kesha is now considered “free,” Britney continues to have to fight for her freedom.

This is just one of many possible comparisons. Britney has not suffered physically under her conservatorship or during her career that we know of, but her story in Framing Britney Spears echoes entertainment industries’ #MeToo movements, of which Kesha’s lawsuit is only one example.

In 2020, a judge ruled in favor of Gottwald in a defamation dispute with Kesha following the 2014 suit. Allegations of abuse at the hands of Marilyn Manson have been in the news recently. It’s hard to forget Chris Brown assaulting Rihanna in 2009. Despite it all, these seemingly untouchable men have remained relevant in the music industry. Meanwhile, Britney has had to rebuild her career several times over a breakdown caused by factors outside her control.

The episode also sparked discussion about how Janet Jackson’s career took a massive hit after Justin Timberlake ripped some fabric off her costume and exposed her breast during the 2004 Super Bowl halftime show and about how Justin dragged Britney’s name through the mud after their relationship came to a halt in the early 2000s. And yet, he remained unscathed.

Britney is shown in another interview with Matt Lauer, which is easily the grossest part. It was hard to watch her be interviewed by a man at the center of multiple sexual assault accusations, especially knowing how much Britney suffered as a result of her over-sexualization.

Framing Britney Spears uses more old clips to show that Britney was not the first young female musician to suffer from hypersexualization, and she won’t be the last. Old footage shows her as a young girl on camera being asked about boyfriends by an old man. It is enough to make you sick. Those clips are especially eerie; it feels like the old Britney is dead, which is near true. Her innocence and opportunity to create her own career narrative was robbed by the media, yet the media is at the center of the documentary. The episode sheds light on how much work the music industry still has to do in order to bring justice to female talent.

Social media alone won’t save women like Britney, and it probably won’t sway a court over her conservatorship case. It’s not enough for fans to assign their own meaning to the dark eye makeup and sometimes cryptic captions seen on her Instagram.

Having The New York Times acknowledge Britney’s problems feels a lot more significant than grumblings on the internet. It brings hope that maybe one of our generation’s biggest stars will finally be able to live as she pleases.