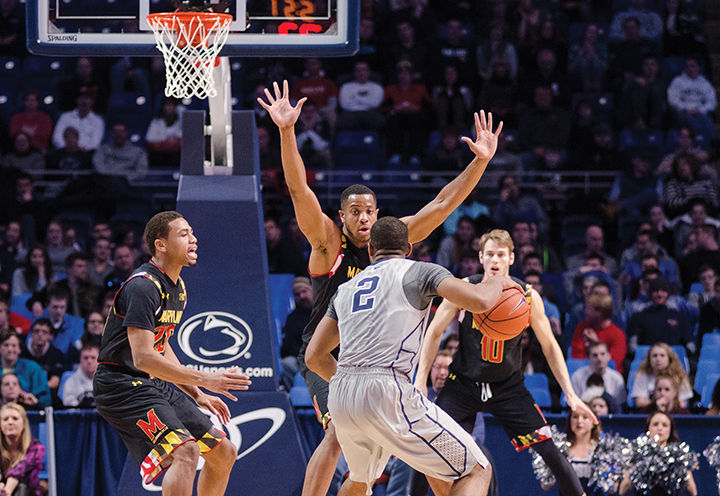 Last Maryland Win: December 1, 2018 — Maryland 66-59; After suffering its first loss of the season against No. 4 Virginia, Maryland came roaring back in their first game of conference play with a win over Penn State. In the season that saw the Terps make a valiant, but short-lived run during March Madness, the signs of the great team that the program had were evident against the Nittany Lions. Bruno Fernando scored 12 and grabbed 13 rebounds, Anthony Cowan Jr. put up 15 points of his own and Jalen Smith had tied his then-career high of 16 points to go with eight rebounds. A very solid performance from the Maryland big three.

Last Penn State Win: December 10, 2019 — Penn State 76-69; Penn State handed No. 4 Maryland its first loss of the 2019-2020 season despite four Maryland starters scoring 12+ points. The biggest stars of the game for the Nittany Lions were seniors Lamar Stevens and Mike Watkins. Both recorded 15-point double-doubles to keep Penn State on top for most of the game while the usually-potent Maryland offense fell flat — shooting at a 33 percent clip.

Best Maryland Moment: December 30, 2015 — In a career-best performance, Diamond Stone scored 39 points off the bench along with 12 rebounds. It’s the most points a Terp has scored in a single game since Greivis Vasquez scored 41 points against Virginia Tech in the 2009-2010 season. The performance also propelled Maryland to a 70-64 win after being down eight at halftime, pushing the then-No.4 Terps to 12-1.

Best Penn State Moment: February 7, 2017 — Very few Penn State players have terrorized the Terps more than Lamar Stevens, and his coming out party came on this date when he scored 16 second-half points en route to a (regulation) career-high of 25 as a freshman. From then on, Stevens would average 20.5 points per game against Maryland, proving to be a thorn in the Terps’ side for the coming years.