Terps in the NFL: Stefon Diggs’ year in review 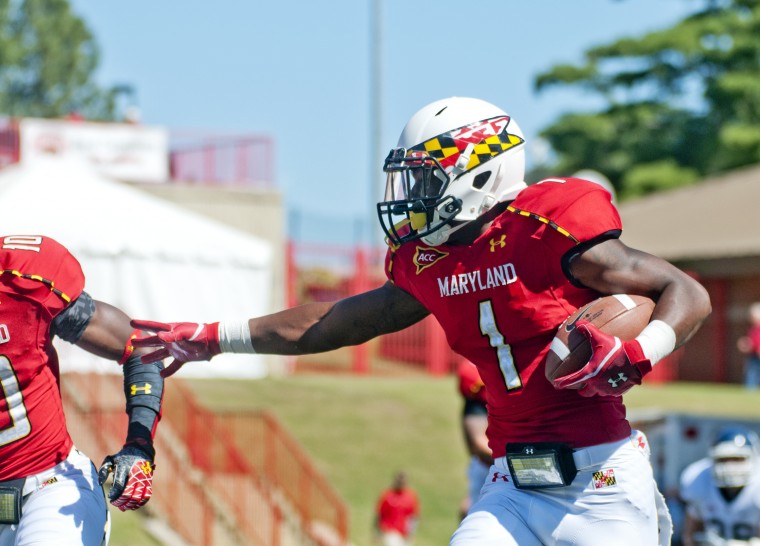 The 2020 NFL season saw a lot of wide receivers have standout seasons. Stefon Diggs arguably had the best one.

Entering his first season with the Buffalo Bills after being traded from Minnesota for four picks, including a first-rounder, Diggs led the league in catches and yards, with 127 and 1,535, respectively. Both were career-highs for the former Terp, who also earned his first ever All-Pro nomination.

Joining a new team in the middle of a pandemic, Diggs and Bills’ Quarterback Josh Allen quickly formed a bond, and their connection instantly transferred to the field. In his first game for Buffalo, Diggs had eight catches for 86 yards as the Bills’ rolled to their first of 13 wins on the season.

The week one performance was just a glimpse of the path Diggs was on in 2020, as he would go on to have more than 100 yards receiving in seven of the Bills’ 16 games. On the occasions he didn’t crack the century mark, he was still reliable, catching at least six passes in 15 games. He became the ultimate security blanket for Allen, who also enjoyed a breakout season as a result.

Diggs’ best game of 2020 came in Week 16, where he hauled in 9 catches for 145 yards and three touchdowns in a 38-9 rout over the New England Patriots. It was one of three games in which Diggs caught at least eight passes and had at least 145 yards receiving.

Diggs came into 2020 with tons of questions about where he ranked among the league’s best receivers. He leaves it having fully established himself as one of, if not the NFL’s best.