Does ‘The Bachelor’ pass the Bechdel test? 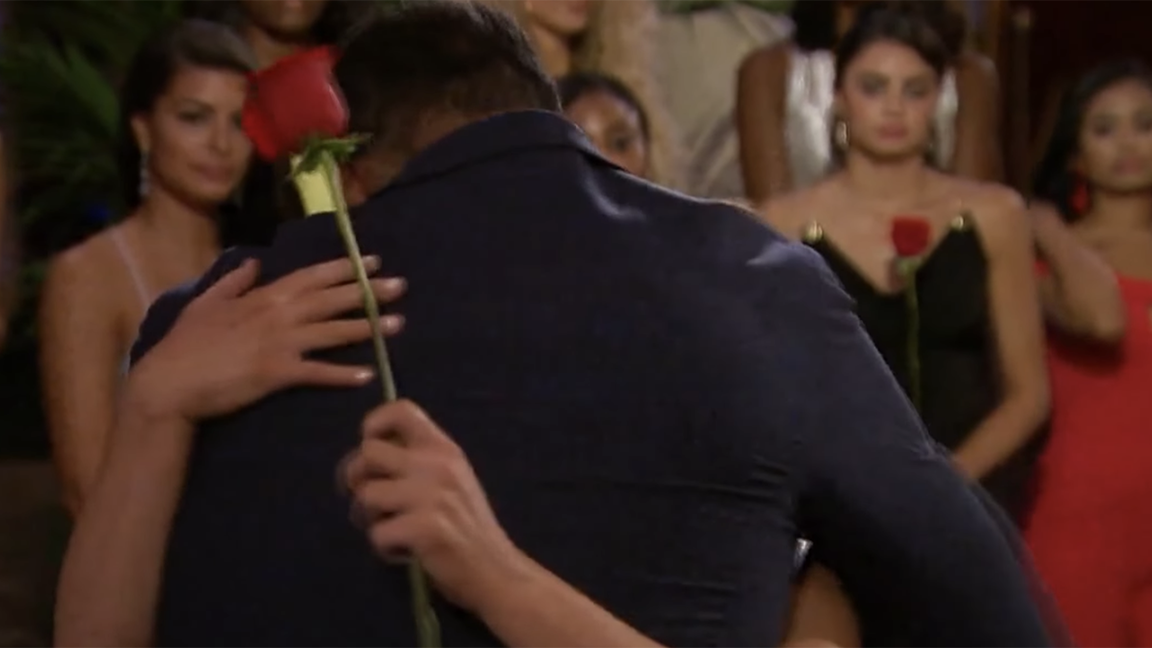 Matt James stars on this season of 'The Bachelor.' (screenshot via YouTube)

In the most talked-about moment on The Bachelor from last week, Anna Redman, a blonde contestant with a straight, sharp set of teeth, confronts Brittany Galvin, a dark-haired newcomer whom the other women malign for planting a seductive kiss on Matt James the moment she arrived. How dare she assert her sexuality on a show in which it is literally imperative that you assert your sexuality?

After consulting with Victoria Larson, the season’s villain and self-professed “queen” of the castle, Anna has a frank discussion with Brittany. She talks quietly and evenly. “We’re all fighting for the same man,” she tells Brittany. “So I just want to make sure that your intentions are pure coming here?”

Then she gets to her point: She’s heard rumors that Brittany is an escort, and she wants to know if those rumors are true — either that, or she wants to catch the other woman in a moment of weakness.

“I want to … give you the space,” Anna says. “If you wanted to talk about why people were sending warnings about you when I literally have never met you.”

No, Brittany says, she’s not an escort. “I’ve had a boyfriend my entire life, since I was 16.”

Brittany sniffs, and the camera pans to the other contestants who gaze stonily back at her or into the distance. Reality TV has a way of making a Rorschach of neutral human expression. With only dramatic music to cue us, we form our own narratives. The Bachelor doesn’t give us much to work with.

But if you were a girl in middle school, you’ll recognize this moment. An unverified rumor has made the rounds: Someone is a slut or a prude. The whispering seems innocent until it’s not; within days, a girl’s reputation is marred. I remember these confrontations from junior high and high school, when everything felt so vivid and precarious. It didn’t matter who you actually were — the stickiest rumor became the truth.

Anna smiles weakly, feigning regret. She’s framed her words to sound like she’s trying to clear up rumors, to help Brittany. But we know the truth — she’s trying to destroy her.

Brittany doesn’t immediately call Anna out for her cruelty. She doesn’t object to the idea that escorts are inherently manipulative or defend sex work as a legitimate source of income. Instead, she falls back on the impossible myth of female sexuality — that the most acceptable response to the false claims thrust against her are reassurances that she has a boyfriend, that she’s always had a boyfriend, that she’s not loose. Are we watching The Bachelor or Bridgerton?

I’m not blaming Brittany, of course. Who among us is eloquent when staring down the barrel of a mean girl’s gun? (Brittany later defended sex workers in an Instagram post.) But I return to a question I’ve wondered about many times while watching The Bachelor. How is this show, in which a harem of women battle for the hand of the blandest man on Earth, still so popular? Does The Bachelor even pass the Bechdel test?

I know many Bachelor viewers are well aware of its failings as a feminist text and also aware of the trappings of reality TV. I can appreciate the spectacle of the show and the strange way it reverts adult women into middle schoolers and men into blocks of lean protein universally dependent on the ubiquitous phrase, “Wow, that must have been really hard for you.”

Transparently, this is the first year I’m watching the season in full. I saw a bit of Colton Underwood’s season, mostly owing to my own fascination with the producers’ fascination with Underwood’s virginity. At some point in the season, I dropped off due to boredom, only to return for the finale, tail between legs, to see who Underwood chose. But now I have less to do, and watching a group of women gossip and plot and accept long-stemmed roses in a room together holds significantly more appeal.

Despite my renewed attraction to the show, I still find myself playing the same game every week.

[What chaos will 2021 bring? Ask this Mad Libs template.]

To pass the Bechdel test, a film (or in this case, reality TV show) must have at least two named women who talk to each other about something other than a man. Simple.

As it happens, I’m not really interested in Matt’s conversations with the women. His lack of understanding of the organic nature of banter and his deeply cringy use of the hand-on-thigh flirting technique sometimes drive me to actually close my eyes. But the women’s conversations fascinate me, because what do they ever talk about, besides Matt, how to ensnare Matt, what a snack Matt is (see: snakk) and finding true love (with Matt)? If they are talking among each other or about other women, they’re almost always talking indirectly about one man. They unequivocally fail the test.

The Bachelor contestants do have names — that’s undeniable, though I would argue that many of their last names are largely unknown — and they do talk amongst themselves, sometimes about things that are not Matt. But those things, whether they be the other women or the individual traumas, big and small, that brought them here, all tend to relate back to Matt.

This isn’t to say the women don’t have lives. We just aren’t privy to them.

Two weeks ago, contestant Sarah Trott decided to leave the show. She seemed overwhelmed by the increasingly cruel culture of the competition. In a scene from that episode, contestant Katie Thurston comforts Sarah, who reveals that part of her reason to leave is her father’s ALS: His rapid deterioration means he might have weeks to live.

Katie, too, has dealt with loss. She tells Sarah that her father died in 2012. Both women cry.

The scene might be scripted. I really don’t know. And technically, it still doesn’t pass the Bechdel: They’re still talking about men. But sometimes, in life, we talk about men. These emotions seemed genuine to me. This is how women bond, at least in my experience. By trading secrets, by discussing their pain — not by dragging others down. This scene, despite the farcical nature of reality TV, is real.