What chaos will 2021 bring? Ask this Mad Libs template. 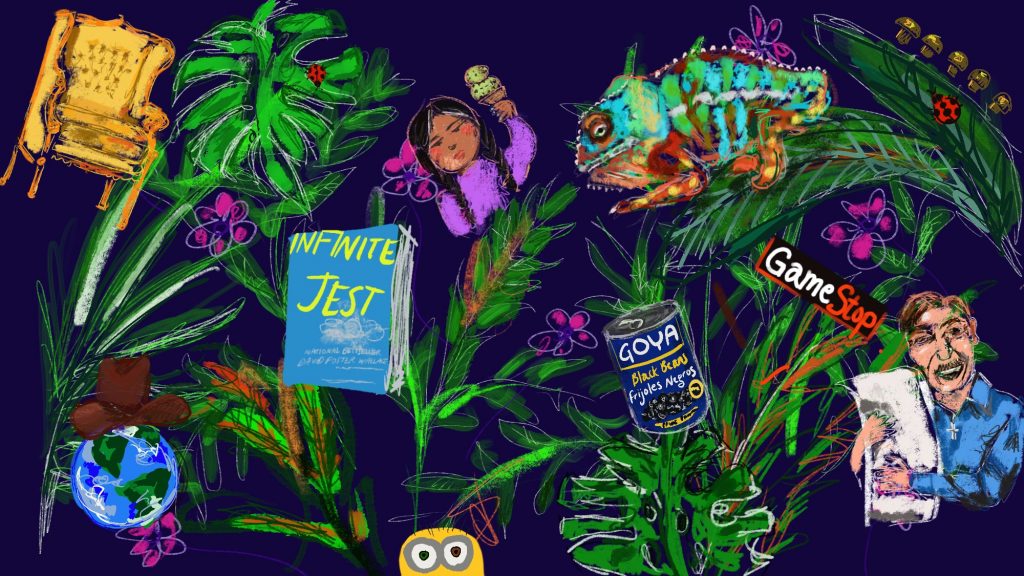 Will 2021 be as eventful as 2020? Only time will tell. (Illustration by Elana Morris/The Diamondback)

Despite past mistakes, insurrections and general low points, 2021 is looking up. We have a vaccine and new president, and the kids on TikTok saved Broadway with their scrappy rat musical. But a new year looms ahead: What cosmic slights and mysteries will it hold? Use this Mad Libs template to protect the illusion of free will:

Welcome to the end of the first month of the second year of [your preferred hell metaphor]. Even though we can’t predict the future, we can get a feel for the wacky stuff that lies ahead. Possibilities include:

The [well-known newspaper outlet] will print a minimum of four pieces in the summer about [female politician]’s [item of clothing] choices.

The CEO of My Pillow will [verb] a [noun] in the headquarters of [company name], before [verb ending in -ing] with the Declaration of Independence.

The CW will remake [beloved childhood cartoon], casting [anemic actor] as a [adjective] [noun] who must defeat the [adjective] regime while battling childhood trauma and their previously nonexistent twin [animal].

Jeff Bezos will sell The Washington Post to [talk show host] and live in [rural town] and take up [hobby ending with -ing].

Ghosts will [verb] in the [prominent house of government] and enact revenge for [historical miscarriage of justice] by [verb ending in -ing] [prominent lawmaker].

The Dow Jones Industrial Average will [increase/decrease] by [large numerical amount], and the banks will [verb] all over the place.

President Joe Biden will pioneer [noun] diplomacy with [country in the Middle East].

The earth will [violent verb] and [mythical creature plural] will erupt from its gooey center and onto the streets of [well-known city].

Followers of [conspiracy theory] will [verb] on [holy site].

You will get into [obscure philosophical theory].

Your friends will slowly distance themselves from you because of your smelly [body part].

[Prepare for a British comeback in 2021]

After you are vaccinated, you will do the [dance move] in [prominent club] and be the life of the dance floor.

There will eventually be [number] phases of vaccine rollout.

[Male celebrity] will finally have his bar mitzvah.

A new mutation of [vegetable] will cause widespread [disease common among sailors].

Hollywood will produce a biopic about [The New York Times columnist].

For a printer-friendly version of this 2021 Madlib, click here.