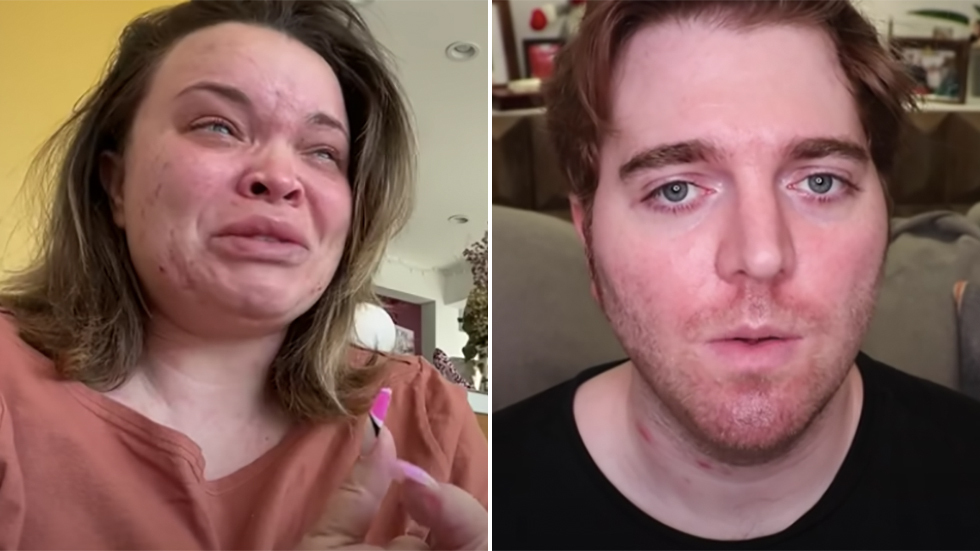 The drama between Trisha Paytas and Shane Dawson is seemingly never-ending. (Screenshots via YouTube)

Trisha Paytas has recently been making headlines by publicly falling out with longtime friend Shane Dawson. Dawson has been called out for being a bad friend to Paytas and for not defending her against mutual friend Jeffree Star. With dozens of videos out there it can be hard to keep track of their friendship. Here’s a timeline showing the deep history behind their public breakup.

Part 1: Birth of the public personas

Paytas and Dawson starting collaborating on YouTube in 2014. One of the earliest videos they did was a candy store haul. This launched their public friendship that they started calling “Trane.” This also launched the trend of their candy hauls and their bonding over junk food.

Dawson is seen collaborating with Jeffree Star for the first time. This is Star’s and Dawson’s first documented public interaction. Star puts Dawson in a full face of makeup. The two seem to click over their similar crude, dark sense of humor. Dawson pries slightly at the dark side of the beauty community, and Star holds back few details.

Star and Paytas post their first collaboration to Star’s YouTube channel where the two bond instantly with mutual picky eating habits, disdain for the beauty community and love of the color pink. Another thing they had in common: Their love for Shane Dawson.

Dawson and Star release the first part of their long-awaited docuseries detailing the creation process of Dawson’s makeup collaboration with Jeffree Star Cosmetics. One of the first things created for the Conspiracy Palette was a hot pink eyeshadow named after Paytas appropriately titled “Trisha.”

In a now-deleted vlog, Star takes Paytas to Las Vegas to celebrate Valentine’s Day. Paytas leaves the trip early, reasons unknown to the public at the time. Eventually, it’s revealed Paytas left early because Star and his friends had been making rude comments about Paytas’ skin and weight. Paytas’ original Vegas vlog has been reuploaded by YouTube channel Poseidon Tea.

Dawson posts a 20-minute video addressing the onslaught of hate he had received days prior due to his past. Dawson addresses explicit comments made toward minors, old videos depicting racist stereotypes, old videos where he used racist language, rumors of beastiality and his role in the takedown of James Charles in 2019. Dawson announces a social media break.

Part 3: The beginning of the end

Paytas starts the podcast Frenemies with her longtime frenemy Ethan Klein of H3H3 Productions. Throughout many episodes, Paytas continues to defend Dawson and hype up his eventual return to YouTube and social media. Paytas also briefly mentions her and Star are no longer friends in some episodes.

Frenemies uploads its 15th episode, parodying YouTube award show The Streamys with their own version called The Steamies. Dawson wins “Most Brutal Cancellation of 2020.” Paytas continues to hint at Dawson’s return to social media and praises his comeback. She also makes mention of wanting to rekindle her friendship with Star.

Paytas uploads a video titled “why I’m scared of jeffree and hairbyjay.” Paytas responds to a livestream from Star’s hair stylist hairbyjay on Instagram live confirming Star and his friends were making fun of Paytas’ skin and weight, among other things, during their Vegas trip in 2020. Jay also threatens to physically harm Paytas. She is visibly distraught and is shaken by Jay’s threats.

Paytas returns to Frenemies to discuss the recent events. In the podcast, Klein calls out Dawson and his fiancee, Ryland Adams, for being bad friends to her and not listening or defending her against Star. Paytas reveals Dawson reached out to her but was not listening to what she had to say. She also reveals she blocked Dawson’s and Adams’ phone numbers and social media accounts.

[JoJo Siwa coming out is a huge deal for queer representation]

Part 4: The point of no return

Adams uploads an episode of his podcast The Spill where he addresses what happened with him and Paytas. Adams claims he never knew any of the negative comments made about Paytas by Star and attempts to apologize for hurting Paytas. Adams receives massive amounts of backlash and ends up turning off comments on the video.

In reaction to Adams’ podcast, Paytas releases her video on her second channel called “Shane and Ryland are LITERAL SCUM OF THE EARTH.” Paytas’ tone shifts from still having an understanding of Shane to calling him a manipulative person.

While at surface level the drama seems like petty YouTubers fighting, this blowup shows a true friendship falling out. Dawson has yet to make any comments on his own platform, but Paytas has said she doesn’t expect him to make one. Who knows if this will affect if Dawson ever returns to YouTube and social media?