We spoke to an Illinois beat writer ahead of Maryland’s game with the No. 12 Fighting Illini 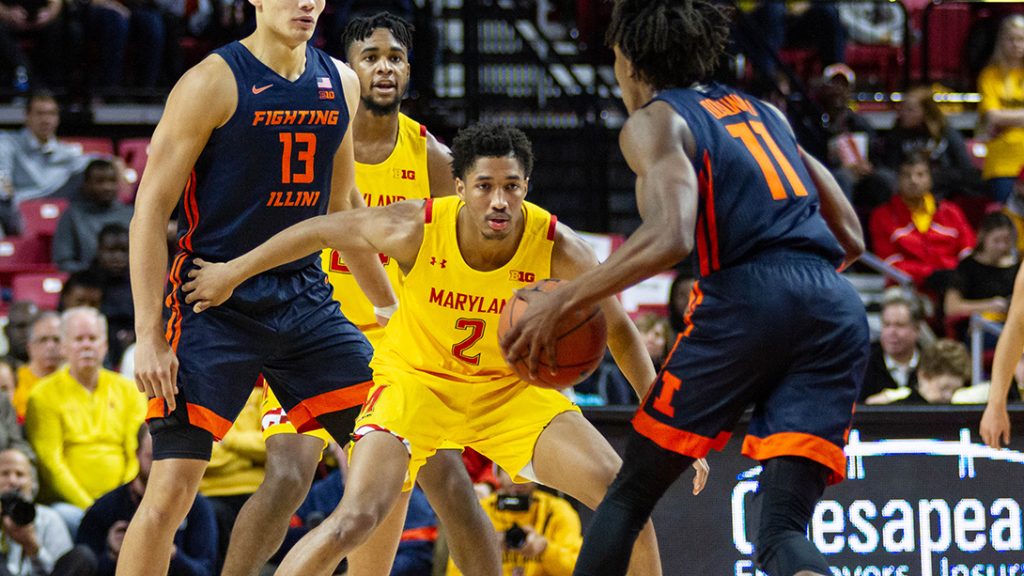 Following its big road upset over Wisconsin, Maryland basketball has faltered, losing three straight games. Unfortunately for the Terps, their next opponent is No. 12 Illinois, who boasts one of the nation’s most electric offenses, and is riding a four-game winning streak. To learn more about the Fighting Illini, we reached out to Brandon Simberg of The Daily Illini.

Ayo Dosunmu and Kofi Cockburn have proven to be one of the best duos in college basketball. How does a team even try to slow the two down?

That is a question that all coaches in college basketball are trying to answer. To stop Dosunmu, you need to put a big athlete on him. Baylor put lots of defenders in his driving lanes, daring other players to make shots. With Cockburn, he’s so big that he can finish around the rim at will against smaller defenders. Teams have consistently double-teamed him and tried to turn him into a passer.

Outside of Dosunmu and Cockburn, who are players to watch out for on the Illini?

Andre Curbelo comes off the bench but provides an instant spark. He’s averaging 6.7 assists per game in conference play and is an electric playmaker. Senior guard Da’Monte Williams is the team’s glue guy. Defensively he guards multiple positions and is a brilliant defender. On offense, he’s become a very good three-point shooter making 65.6% from deep.

Illinois boasts one of the best offenses in the country. How have teams tried to stop the offense and what has worked?

Illinois’ offense has been dynamic, ranking 6th in offensive efficiency per KenPom. They’ve scored over 65 points in every game. Indiana and Baylor did the best job defensively. They sent multiple defenders at Cockburn and had good defense on Dosunmu. Illinois also excels in transition, so slowing them down could limit scoring.

In its most recent game, Illinois was down 15 at half to Northwestern but wound up winning by 25. What happened in the second half that allowed the big comeback?

Illinois tightened up defensively. They held the Wildcats to just two second-half field goals, then get out in transition. Offensively, Cockburn woke up. He was a perfect 6-6 from the field. Illinois also got contributions from role guys. Williams, Trent Frazier, and Adam Miller made two threes apiece. When those guys hit shots, Illinois is very tough to beat.

Illinois wins if they play like they have been. With Dosunmu and Cockburn, they have the two best players on the floor. Cockburn has a distinct size advantage that he needs to use. If guys like Williams, Frazier and Miller can make a few threes, Illinois should roll.

Maryland wins if they bring the same defensive intensity they had against Wisconsin. If they can get Cockburn in foul trouble, that negates the size advantage. Playing small with Jairus Hamilton and Donta Scott can make Cockburn uncomfortable on the perimeter. Aaron Wiggins and Eric Ayala will need to play their best games of the season. It’ll be a challenge, but it’s in the realm of possibility.