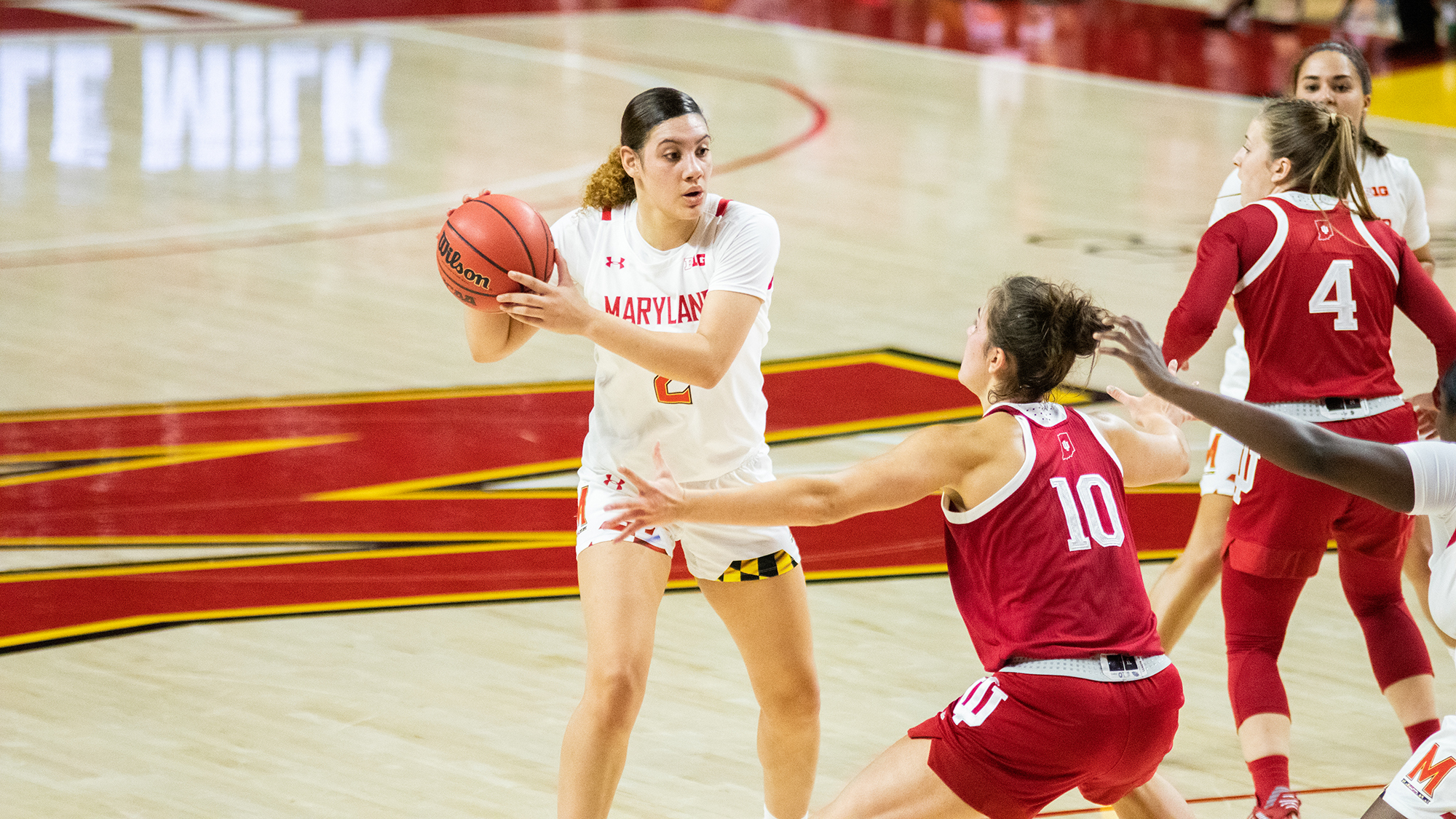 Maryland women’s basketball could seemingly only find iron. Shot after shot clanged off the rim, and those misses were piling up in the fourth quarter against Michigan State. It allowed the Spartans to claw back into the contest, closing the Terps’ lead to three with just under one minute remaining.

And as Michigan State began fouling, Maryland knew it needed to hit its free throws in order to prevent the hectic finish that plagued it Monday night against Indiana. Ashley Owusu walked to the line and sank her first shot but missed the second, the familiar issues seeming to crop up once again.

But as Owusu’s attempt banged off the rim, Katie Benzan swooped in and grabbed the rebound, giving the Terps a second chance at icing the contest.

And they did just that, nailing their free throws late to fend off a Spartans’ rally as No. 12 Maryland handed No. 23 Michigan State its first loss of the season, 93-87, Thursday evening.

“[We] had to have every one of those free throws,” coach Brenda Frese said. “When you talk about shooting, my goodness, 87 percent from the free-throw line was a big stat for us and getting there 38 times.”

The Spartans, led by Nia Clouden, set the tone early. The junior guard — a native of Owings Mills, Maryland, and Michigan State’s leading scorer — flashed around the floor, finding holes in the Terps’ defense and netting eight points in the first quarter. Clouden finished the game with a career-high 32 points and cleared the 1,000-point mark for her college career.

For the last few games, Maryland has turned to Owusu to counter on offense. The sophomore has established a deadly shooting stroke and tight handle, with an 18.6 points per game average to show for her talents.

Thursday evening, though, it was forward Mimi Collins who did the damage early. She notched nine first quarter points, giving the Terps a narrow 22-19 lead at the end of the opening frame.

After Maryland switched to zone defense in the second quarter, Michigan State looked frazzled. The Terps held the Spartans to only 14 points in the period and forced six turnovers.

Meanwhile, Maryland’s offense found some rhythm. Benzan and Chloe Bibby worked in tandem to get the attack going, spearheading an 11-0 run to push Maryland’s lead to double digits. Though a Clouden layup stopped the bleeding for the Spartans, the Terps continued to roll, with a smooth jumper from Faith Masonius capping off the half for a 48-33 Maryland advantage.

And that offensive fluidity continued in the second half. Maryland had five players — Bibby, Benzan, Collins, Owusu and Diamond Miller — dominate, each scoring in double-digits. Those scorers combined for 86 of the team’s 93 points.

Owusu led the way with 20 points, 10 rebounds and six assists as she notched her first double-double of the season. She was also reliable from the free throw line, sinking 10 of her 12 attempts at the charity stripe.

“I think it’s my confidence and that the game has been slowed down a lot for me,” Owusu said. “It’s being aware of the game that was going on and when I need to take over, when I need to score or give my teammates an open shot.”

Late in the fourth quarter, Michigan State narrowed Maryland’s lead, the game as close as it had been in a tight first quarter. A 9-0 run could have been the Spartans’ path to a win, and they were within one possession in the final minute.

But a layup from Bibby ended the late surge, and the Terps held on to snatch a road win over a ranked opponent.

“This group is really resilient and has a really tough mindset,” Frese said. “Usually at this point in January for these physical conference games, you’ve already played 15 games … These are not easy wins.”