An Iowa beat writer previews the No. 5 Hawkeyes ahead of their matchup with Maryland men’s basketball 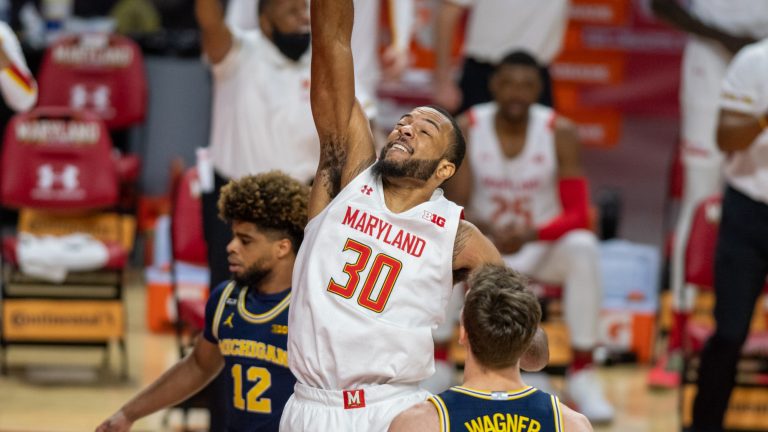 After suffering back-to-back losses following its stunning victory over then-No. 6 Wisconsin, Maryland will face the most formidable foe in the Big Ten: the Iowa Hawkeyes. The Hawkeyes are led by Wooden Award hopeful Luka Garza, and with the No. 1-ranked offensive rating in the nation, according to KenPom, Maryland will likely have their hands full on the defensive end, especially with the potential absence of Daryl Morsell. To learn more about the challenge that Iowa poses to the Terps, we got in touch with The Daily Iowan’s Robert Read.

Although Iowa has been flat out dominant for nearly the entire season, they did suffer a loss to an unranked Minnesota team on Christmas. What key factor(s) lead to that surprising loss?

I don’t want to take anything away from Minnesota, the Gophers are a top 20 team for a reason, but Iowa had a complete meltdown at the end of the game and gave its victory away. The Hawkeyes led by seven points with 44 seconds remaining and then lost by seven in overtime. Missed free throws and leaving Minnesota players wide open on the perimeter (Minnesota hit 17 3-pointers, including one with only seconds remaining in regulation to tie the game after Joe Toussaint missed two free throws) contributed to the loss. Iowa also only hit 37.2 percent of its shots from the field, uncharacteristic for one of the best offenses in men’s college basketball

Despite having the best offensive rating in the country (according to Ken Pom), Iowa’s defense ranks 94th. What’s been holding their defense back?

Iowa has always been an offense-first team under head coach Fran McCaffery. This is one of his more promising defensive teams, just look at performances against Purdue and Northwestern, but overall the team has struggled for stretches in several games on the defensive end. Look at Iowa’s 3-point percentage on defense. The Hawkeyes are allowing opponents to make 35.6 percent of their 3-pointers, tied for second-worst in the Big Ten and one of the worst marks in the country. The Hawkeyes have also allowed over 14 offensive rebounds per game, also one of the worst marks in the country. Again, Iowa’s defense has shown promise (Garza has shown he can defend some of the best bigs in the conference and I like C.J. Fredrick and Keegan Murray as defenders) but the team’s man and zone defenses break down at times and allow second-chance and fast-break opportunities.

Everybody knows about the one-two punch of Luka Garza and Joe Weiskamp, but what sneaky Iowa weapons should Maryland keep their eyes out for?

C.J. Fredrick could be the top scorer for other teams in the Big Ten (and I really believe that) but he’s usually Iowa’s third or fourth option on offense. Along with Wieskamp and Jordan Bohannon, Fredrick is one of the best shooters in the conference. He’s scoring 10.9 points per game this season on limited shots. Last season, he led the conference in 3-point percentage. Another player to watch is Keegan Murray. The true freshman is continuing to earn minutes off the bench, and for good reason. Murray is the only bench player to record at least 70 points, 45 rebounds, 10 blocks, and 15 steals this season. He’s also one of Iowa’s best defenders. Don’t be surprised to see Murray diving across the floor for a loose ball or come up with an offensive rebound in the clutch.

Speaking of Garza, can he be stopped?

I was tempted to just put “no” here. Garza cannot be stopped, at best he can be contained. Garza already has the best hands in the country and can catch the ball from a variety of positions in the post, and combined with his elite footwork he is a nightmare to defend near the basket. Oh, and he improved his 3-point shot in the offseason and is a threat from beyond the arc. Defenses have double and triple-teamed him throughout the season, but Garza is still a virtual lock for 20+ points. Iowa is at its best when Garza doesn’t have to dominate, though. When perimeter players are draining shots and taking a little pressure off Garza, Iowa is close to unguardable.