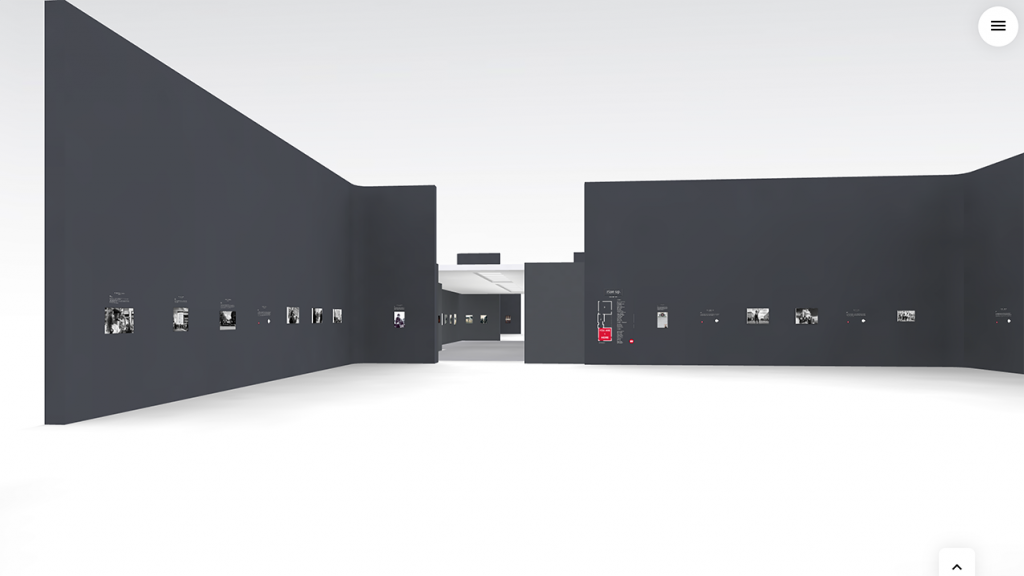 The exhibit "rise up." is available until Jan. 12. (Screenshot via Dupont Underground)

Photographers from ages 16 and up submitted their work, and the photos were judged by a team of professional photographers, community organizers and diversity consultants. The selected photos are just a glimpse into the over 7,750 nationwide protests linked to the Black Lives Matter movement between May and August, according to The Armed Conflict Location & Event Data Project. However, they captured the energy of the movement and people fighting for equality.

Although the exhibit, which began in October, was open onsite earlier in the season, there is also a stunning virtual exhibit people can visit from home.

In this virtual exhibit, you can actually “walk” through the gallery using control arrows and look at the photos as if you were standing in front of them by clicking on each photo for a more detailed view. Each photo is accompanied by an introduction or quote from the artists, complete with their social media tags for a great opportunity to see more of their work.

[Review: The newest episode of ‘Euphoria’ is a jarring look into Rue’s mind]

As I virtually walked through the gallery, I was not only blown away by its interactive nature and the feeling it gave me of actually walking through a museum, but also how the photos brought the protests from this summer to life and captured the essence of the movement. There were photos of everyone in masks and handing out hand sanitizer, reminding visitors that the social movement continued despite the pandemic. Other photos illustrated powerful moments of people standing in the Lincoln Memorial Reflecting Pool with their fists raised, marching in a large crowd toward the Martin Luther King, Jr. Memorial, and getting gallons of milk poured on their faces after police pepper sprayed crowds of peaceful protestors.

Some of the featured art has also been published elsewhere, such as the compelling photos captured by Dee Dwyer, whose work has been in Harper’s Bazaar, Vogue and The New Yorker, and Kenny Holston, a freelance photojournalist who helped cover the Black Lives Matter protests for The New York Times. Other photographers shared what the experience of capturing these photos meant to them.

“I’ve been out on the streets nearly daily — creating I hope, what will someday become an important body of work sparking meaningful conversations about the realities of racism,” said artist Robin Fader on his introduction card in the exhibit. Fader’s photos spoke to the emotions present during the protests, an important piece of the movement.

[Balenciaga’s video game is pushing the boundaries for pandemic fashion]

For those who protested this summer, this exhibit brings you right back to those moments where the energy of the movement encircled you. And for those who were not able to attend but perhaps participated from home, it sheds light on this crucial moment in history that cannot be ignored. It reminds the public that anti-racist work still needs to be done, while also taking a moment to recognize what happened.

The exhibit lasts until Jan. 12, so don’t miss the chance to appreciate the work of these artists and learn more about the important moments of the ongoing racial justice movement.