Balenciaga’s video game is pushing the boundaries for pandemic fashion 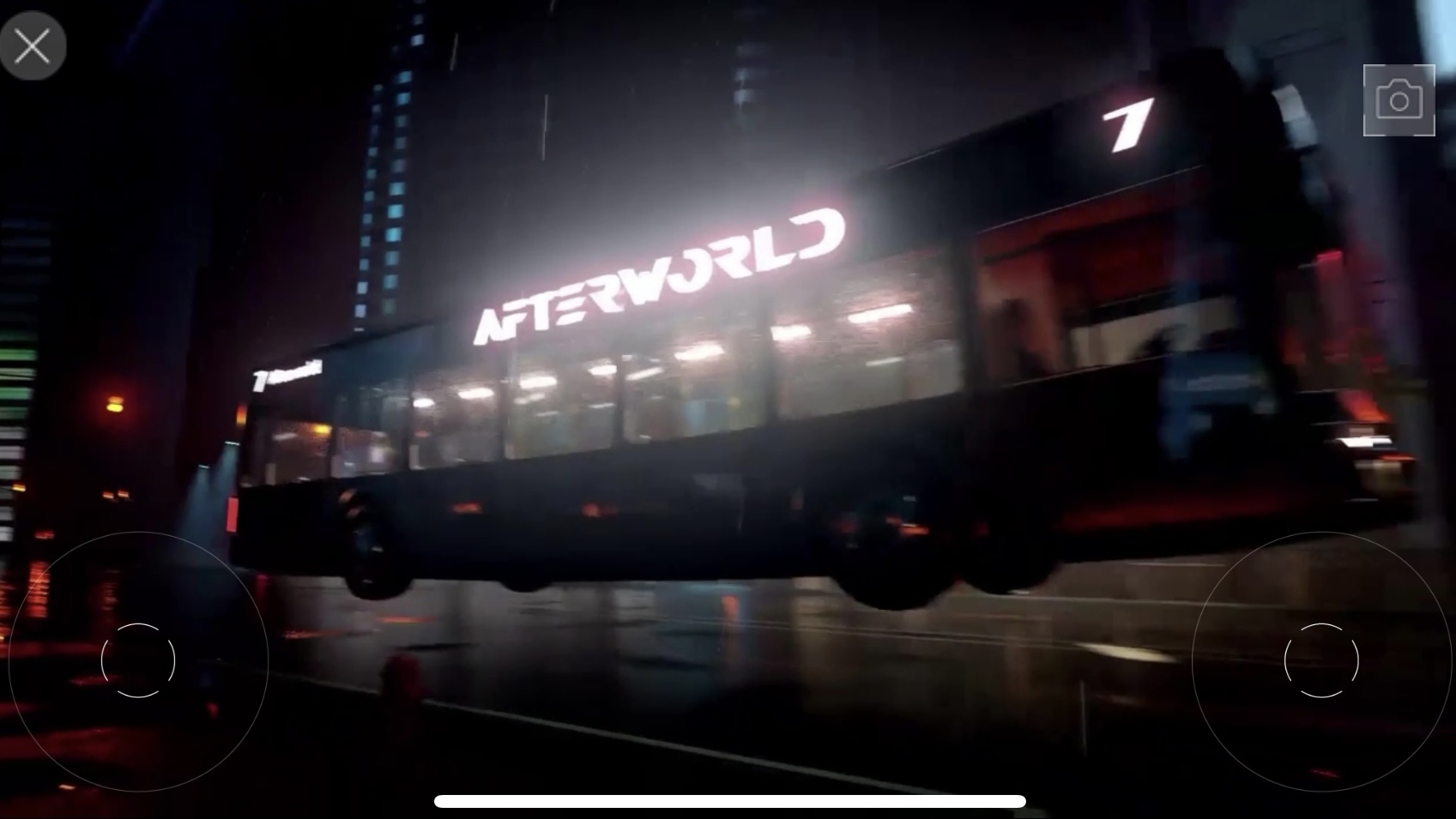 In this world, cars can fly. (Screenshot via Afterworld: The Age of Tomorrow)

For 2021’s fall/winter collection, Spanish fashion house Balenciaga released their fashion show in the form of a video game.

The game, Afterworld: The Age of Tomorrow, gives audiences a new way to interact with the brand’s fashion, opening the door for innovative and engaging ways to view fashion collections amid the coronavirus pandemic.

The game is set in 2031, and in Balenciaga’s view, 2031 doesn’t look too different from today — except for the drones casually flying around the city, the clothes floating in stores and the comically large smartphones.

The website’s opening screen gives you two options: view the lookbook or play the game, a first-person quest to complete tasks and reach a “virtual utopia.”

While the lookbook offers you 360-degree views of 3D avatars wearing renderings of the collection, the game gives players a new way to browse the house’s fashion.

Avatars wearing Balenciaga’s recent collection had blue halos around their feet, signaling their importance. They wore renderings of coats, boots, handbags and more, with some sporting interesting makeup looks. The clothes had nice textures that showed folds and depth, such as this coat.

But the fashion exists as a backdrop to the actual gameplay, which features five zones with different tasks to complete. Glowing arrows guide you through the game.

The first zone’s gameplay strangely felt like a mix of Grand Theft Auto and the PlayStation 2 version of Bratz: Rock Angelz, set in Rick Owens’ Paris home. Meanwhile, the second zone’s soundtrack sounded like a ringtone straight from the 2000s, its upbeat poppiness a soothing contrast to the zone’s sounds of New York City.

The game featured several fake advertisements lining the streets. Some of the ads in zone two were quite dystopian, with honeybee drones helping real honeybees pollinate and the promotion of rejuvenation projects for aquatic life, among others.

The best parts of the game were the third and fourth zones, when I was introduced to the T-PARTY by a poster ad featuring a white bunny with red eyes and, later on, a glowing map featuring the party. T-PARTY turned out to be a rave in the middle of a dank forest with trippy graphics and dancing avatars wearing Balenciaga.

The game’s graphics were eye-catching, from the clothing and furniture to the glowing bodies of water.

As my avatar crossed the street, following the lead of the glowing arrows, the screen blurred before revealing a man wearing black sunglasses, holding a flower. The space behind him was blurry and hordes of people walked backward. It was odd to see so many people together in a crowd, maskless. This scene made me feel hopeful for the future, that one day life will be able to return to how it was pre-pandemic.

I took screenshots of the ads during my first gameplay, but they seemed to get lost in the ether, as only one of my ad screenshots at the end was saved. The game also lagged considerably throughout my various gameplay sessions.

My first session ended abruptly, presumably because I didn’t get through the tasks in time. Once I exited the game, I had to wait an hour before being able to play again on the same device, so I switched to my phone to try to reach the aforementioned utopia.

Playing on mobile was less enjoyable because of the smaller screen, although the controls used to navigate were much easier to use than with a keyboard.

This time, I made it through the tasks in time, and when I finished the game, a space-themed screen popped up.

“Congratulations,” it read. “You have reached the highest level of digital enlightenment.”

My reward for reaching the highest level of digital enlightenment was a mindfulness breathing exercise accompanied by colored circles displaying the words “inhale,” “hold” and “exhale” guiding me along for each step, a pleasant end to the experience.

Balenciaga’s video game was one of the most innovative ways to put on a fashion show in the new digital fashion space. People who don’t normally get to witness fashion shows in person have already had the experience of seeing a collection debut from their screens. And Afterworld is an even greater equalizer, giving everyone a safe way to consume Balenciaga’s new collection.