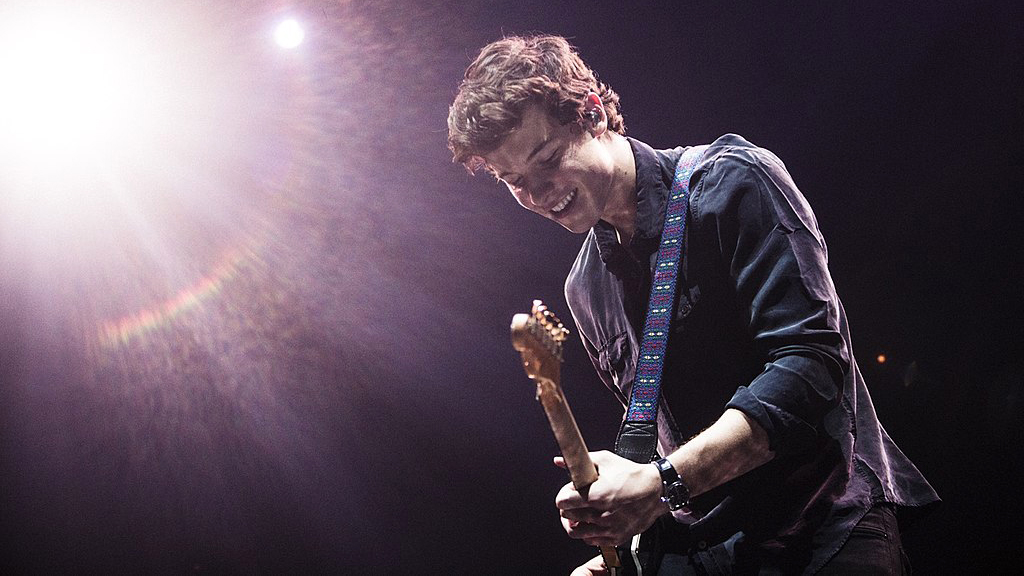 Shawn Mendes has entered a new era full of nature, long hair and the sounds of orchestral pop-rock. His evolution has been quite unique — hailing from the original lineup of the now-defunct Viner group Magcon, he’s come a long way, releasing four original studio albums, one EP and a Netflix documentary to date. His self-titled third album was a turning point in his career, where Mendes shelved the boy-next-door image for a more mature one, singing about one-night stands and getting high with friends he missed.

His most recent album, Wonder, dropped this past Friday. It is as authentic as it is all over the place. Spanning multiple genres, Mendes sings about his love for his girlfriend, Camila Cabello, the faults of the music industry and his bouts of existentialism.

But the song topics are not where the album gets messy — it’s in the choppiness of the genres and the songwriting that doesn’t go deeper than a kiddie pool.

Meant to be introspective, the eponymous track “Wonder” is painfully vague and unfulfilling. But there’s a small breakthrough in the second verse when Mendes sings, “I wonder, when I cry into my hands/ I’m conditioned to feel like it makes me less of a man.” Here is where Mendes actually gets vulnerable and turns his questioning inward. There should’ve been more meaningful moments like this.

Surface-level songs like “Wonder” are littered throughout. “Higher” sounds like an LP1 reject full of repetitive, monotonous lyrics. Whether the lyrics or the beat are worse, I’m not sure. “Call My Friends” is an oddly wholesome ballad about Mendes missing his childhood friends, but the chorus’ plot twist ruins the song and makes it feel like it’s droning on.

While versatility is appreciated, especially since it’s been a meme that all of Mendes’ songs sound the same, this album takes versatility too seriously. Listening to the album in full feels like repetitive whiplash. There’s a mixture of disco, Bruno Mars-esque doo wop, orchestral pop-rock and more, which feels out of place. It’s shocking how much is crammed into less than 40 minutes.

Where the album does shine, though, is on the seventh track, “Dream.” Its fantastical and psychedelic aura makes it a stand-out song. Although some of the lyrics are cringe-worthy — “Hello, hello, hello, can I hear an echo?/ Purple, red, and yellow, I can’t wait to get home” — the song’s production and authenticity make up for it. Mendes yearns for his girlfriend while she’s across the ocean. It’s heartfelt and specific, which makes it more interesting.

Mendes’ layered voice is angelic, and the production of the song has just the right amount of synth without sounding too trippy. They softly lay in the instrumental which complements the song’s dreamy nature.

Wonder is at its best when Mendes can be true to himself, and when he digs into what he’s really trying to say. “Song For No One” is beautiful because of its honesty and vulnerability. I feel Mendes’ loneliness based on the lyrics alone. The plucky acoustic guitar emphasizes this feeling, the same can be said for “Can’t Imagine.”

I really wanted to love this album, but Mendes simply spread himself too thin. He should’ve spent more time curating a cohesive sound. The direction he was going in on the delicate introductory track, “Dream,” and the disco bop that is “Teach Me How To Love” work well for his voice.

It feels like Mendes is still finding himself, music-wise, and is unsure of what direction he wants to take. And while Wonder isn’t a full relisten, it’s definitely worth revisiting for its highlight tracks.