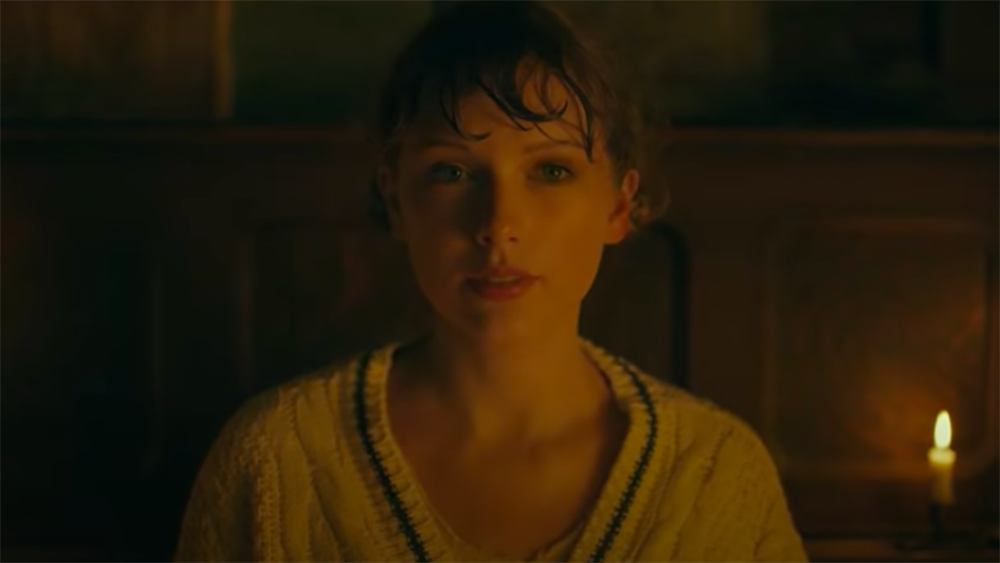 The song 'willow' from the new album has a music video out now. (Screenshot via YouTube)

The pandemic appears to have brought nothing but productivity for Taylor Swift — and “long story short,” I am completely here for it.

Swift released evermore, her ninth studio album, on Friday, and fans like me haven’t been able to process anything else since.

Within the past six months alone, Swift has managed to release two studio albums while in the process of rerecording her masters as well.

Meanwhile, I can’t remember the last time I woke up before 2 p.m., but thanks to Swift, my days are now filled with crying and overanalyzing lyrics and plotlines within her record.

Following the release of folklore, which is still basking in its own glory and praise among music fans and critics, evermore continues the folk era of Swift music.

Much like folklore, evermore is filled with poetic lyrics exploring elements of storytelling next to soft guitar and banjo strumming that sets a tone reflective of isolation. And it wouldn’t be folklore’s “sister record” without the deep and euphoric voice of Bon Iver, who is featured on track 15.

But evermore takes the folklore era one step further.

For me, folklore produced feelings of desperation through tracks such as “this is me trying,” which were combated by the hope of new beginnings brought by songs such as “the 1.”

I mean, how am I supposed to listen to Swift and HAIM’s “no body, no crime” and not come out of it feeling absolutely untouchable? The song takes you through Swift getting revenge on her friend’s cheating husband, who evidently killed said friend, and ends with Swift killing the husband and pinning it on his mistress, for crying out loud — it’s absolutely revolutionary as far as Swift’s songs go.

One of my personal favorites, “’tis the damn season,” tells the story of returning home for the holidays, seeing past loves and wondering what could have been. With lyrics such as, “And the heart I know I’m breakin’ is my own/ to leave the warmest bed I’ve ever known,” this musical masterpiece makes me absolutely wallow — and I enjoy every minute of it.

And then there’s “champagne problems,” which details a failed engagement. It was already a rollercoaster of emotions in and of itself before a fan decided to do a mashup of the song with Swift’s “All Too Well” from her album Red. Needless to say, now fans are a mess all over again.

But what makes evermore so impressive isn’t just the lyrics, musical accompaniments or soft vocals.

[Review: ‘Mank’ is a surprisingly timely story about a timeless subject]

In Swift’s Netflix documentary, Miss Americana, which was released earlier this year, Swift discusses pressure placed on women in the music industry, claiming that female entertainers are “discarded in an elephant graveyard” after reaching their 30s.

Yet evermore — which dropped with Swift’s 31st birthday just around the corner — proves she isn’t going anywhere anytime soon.

Not only does its success defy society’s norms for artists over the age of 30, but its lyrics also show personal growth and maturity. Gone are the days of, “Look What You Made Me Do,” and here are the days of, “I can’t make it go away by making you a villain” in her song “happiness.”

For Swift, this record shows she’s aging like fine wine, and fans will continue to devour her — I know it’s cheesy, but I have to — forevermore.