Review: ‘Mank’ is a surprisingly timely story about a timeless subject 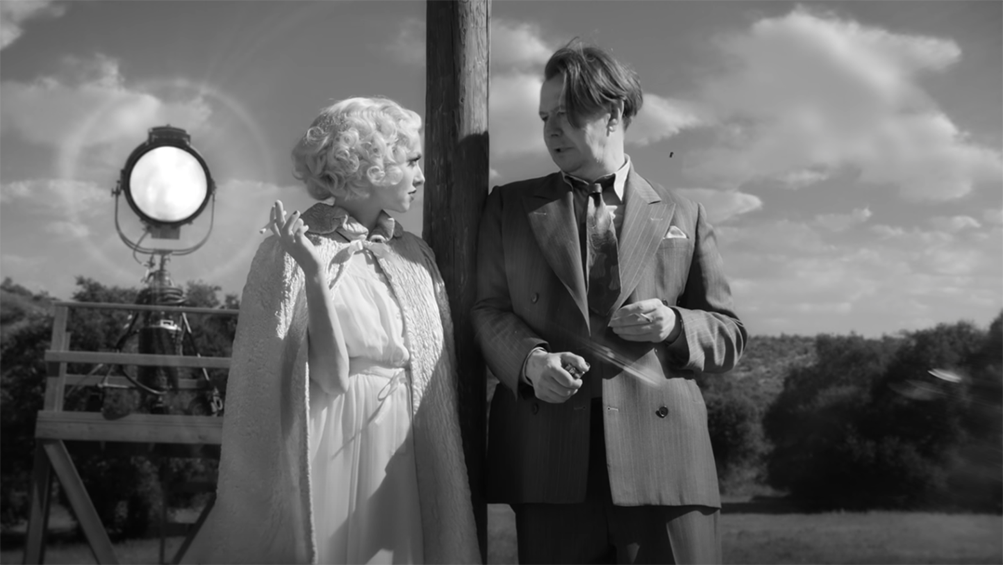 Unlike many other film enthusiasts, I did not watch Citizen Kane ahead of David Fincher’s latest release Mank, which became available for streaming on Netflix on Friday. While I don’t think it hindered my ability to enjoy Mank, having once seen Kane already years ago certainly made Mank a more satisfactory, and digestible, experience.

That’s because Mank tells a version of the story of how Kane came to be from the point of view of its creator, Herman J. Mankiewicz (Gary Oldman, having a ball), the titular Mank. The movie also cleverly features several nods to Kane in both its visual style and story structure.

This will be a much easier read for someone who hasn’t seen Citizen Kane if I give a quick summary:

Citizen Kane came out in 1941, directed by and starring Orson Welles, who was 25 years old at the time. It is widely viewed as one of the greatest movies ever made — as goes the common phrase, “It was good, but it was no Citizen Kane.” The story follows Charles Foster Kane, a rich newspaper mogul who lets his wealth and power inflate his ego until he eventually becomes a recluse at a tropical mansion. Kane was based on actual well-known newspaper magnate William Randolph Hearst.

The story of Mank, like Kane, is told on two separate timelines — one in 1940, following Mank as he writes Kane, and one in the 1930s as Mank navigates the Hollywood system in its early days and interacts with figures such as Hearst (Charles Dance, Tywin Lannister himself), Marion Davies (Amanda Seyfried, doing career-best work) and film titan Louis B. Mayer (Arliss Howard). The story structure is notably similar to Kane in that it bounces back and forth between these timelines in a non-linear fashion as a way to tell a wide-stretching story with a common narrative.The two storylines followed in the film amount to Mank’s endeavor to write Kane and his experiences that influenced the character and themes in the film.

Chief among these experiences is the 1934 gubernatorial race in California between the Hearst-backed Republican Frank Merriam and famed socialist investigative journalist Upton Sinclair (Bill Nye, the erstwhile science guy). Hearst’s funding of dishonest attack ads against Sinclair disgusted the iconoclastic Mank, leading to the break with Hearst that ultimately fuels Mank’s creation of Kane.

The storyline is timeless. We see how the use of media manipulation can be used to broker power (Hearst essentially invented the ancestor of misinformation with his yellow journalism empire). When the characters gossip about current (i.e., 1930s) events, it sounds very much like modern political discourse, right down to characters mocking Hitler’s mustache as if they were mocking Trump’s combover.

Mank’s other similarity to Kane is more obvious: It is shot entirely in black-and-white.

Not only is the movie devoid of color, but it is also shot in the style of an actual, honest-to-goodness 1930s film. Fincher’s technical acumen shines through in his ability to replicate this now old-fashioned, classical style while also imbuing the film with his trademark precision.

[The Grammys can’t figure out rap and R&B, and we can’t expect them to]

The film serves as a departure from the movies Fincher typically directs, which are much colder and darker in tone and subject matter than this one. The dialogue tends to stay fairly light and zippy throughout, which distinguishes it from Zodiac and Se7en. This was largely due to the breezy, wit-filled script penned by Fincher’s late father, Jack, more than twenty years ago. The film’s story makes it a uniquely personal project for Fincher, who is not often known for sentimentality in his work.

Despite all this, and with the cynical examination of 1930s Hollywood and the media’s influence on politics, Fincher, who once described the foundation of his career as unveiling that “people are perverts,” offers his typical biting criticisms of the human condition.

The film, while no Citizen Kane, is quite entertaining and remarkably well-made. David Fincher surely should be in contention for Best Director at the Oscars. Actors Gary Oldman, Amanda Seyfried and Charles Dance should be nominated for Oscars as well. I suspect Jack Fincher will also contend for an Oscar in the writing categories and have a good chance of winning, since the only people the academy likes to honor more than the dead are actors who play characters with a disability. That would certainly be a good way to go out, especially compared to Orson Welles, whose last film performances included voicing (checks notes) Unicron in Transformers: The Movie.