For some in UMD’s disability community, Joe Biden’s win could mean action for equality 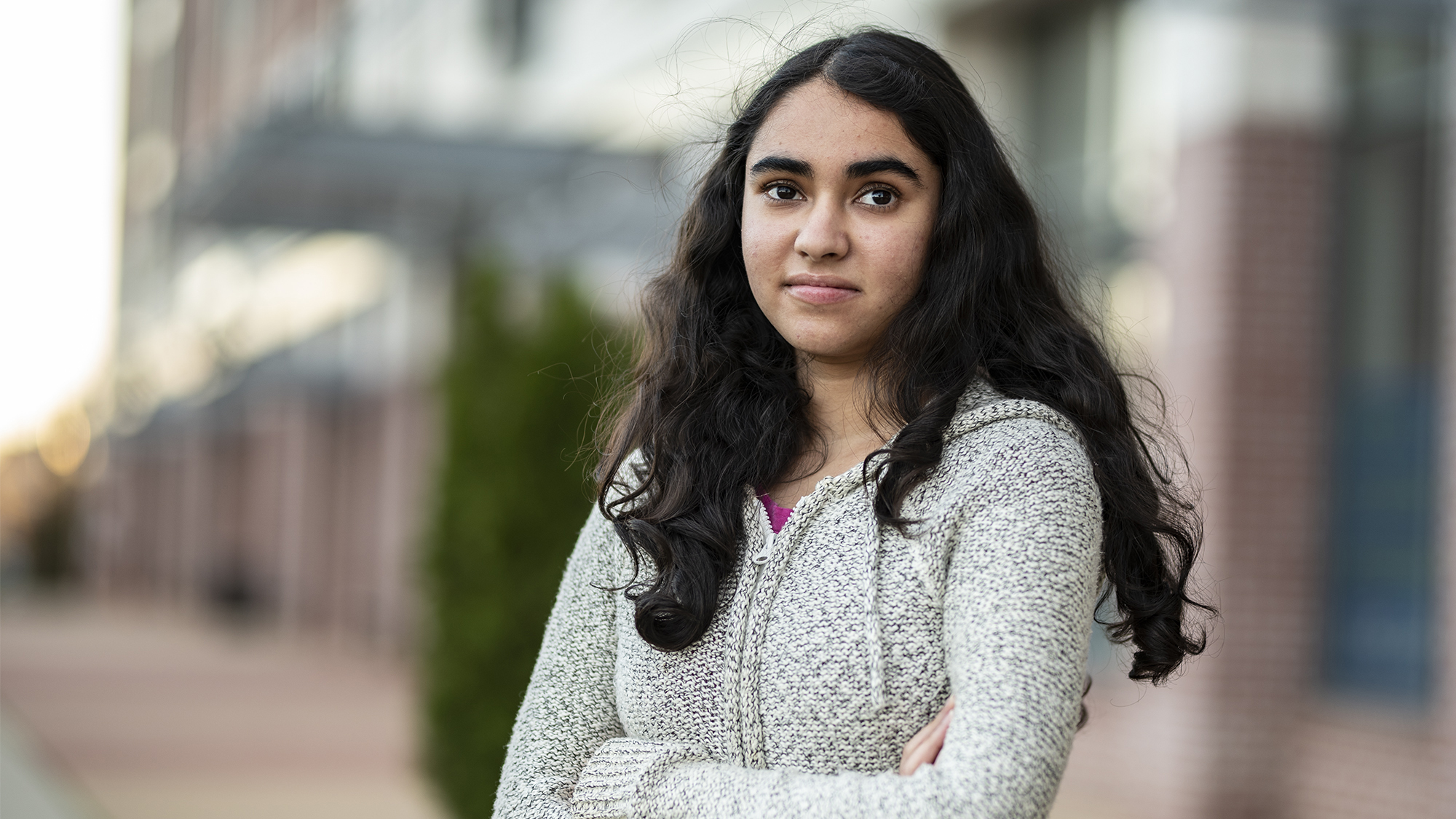 Cheers, horns and applause accompanied Joe Biden as he jogged onto a royal blue stage in Delaware. After days of waiting, the winner of the 2020 presidential election was about to address the nation. And when he did, Biden made a promise: to make the United States better for everybody.

“No matter their race, their ethnicity, their faith, their identity or their disability,” Biden said.

That last word — representing over 38.3 million eligible voters with disabilities — was meaningful to Adith Thummalapalli, who has muscular dystrophy and uses a power wheelchair.

“Seeing Joe Biden basically include individuals with disabilities in that same sort of conversational tone that he used with … other minorities was really nice to see,” said Thummalapalli, who graduated from the University of Maryland earlier this year with a mechanical engineering degree. “It’s breaking the stigma around talking about disability.”

The Biden-Harris campaign addressed voters with disabilities as a top priority — an unprecedented move in a presidential election, according to The RespectAbility Report. And students, faculty and alumni with disabilities say the new administration brings hope for change.

Historically, presidential campaigns have shied away from addressing voters with disabilities, said Paul Jaeger, the co-chair of the President’s Commission on Disability Issues for this university.

“The outgoing president mock[ed] people with physical disabilities,” Jaeger said. “The incoming president [is] somebody who has dealt with a stutter his whole life and used that as a springboard to reach out to people with all kinds of differences.”

When candidates do mention disability issues and rights, they tend to do so in vague terms, Thummalapalli said. Politicians may say they support the disability community, but that’s not enough, he said.

But the Biden-Harris campaign is different, he says. The campaign released a comprehensive plan on disability issues in May, promising full “participation and equality,” and a specific page on how the administration would support people with disabilities during the COVID-19 pandemic.

The administration promises to guarantee access to affordable health care and strengthen employment opportunities and economic security for people with disabilities. Accessible education programs and affordable housing, as well as transportation and technologies are also among the administration’s goals, according to the Biden campaign website.

Juhi Narula, a senior marketing and psychology major who is legally blind, hasn’t seen many political candidates even mention disability. But Harris did, she said. And while she didn’t initially notice that Biden had a plan for disability issues, things changed when Harris joined his ticket, Narula said.

“They not only started emphasizing disability, but they were fighting for it and prioritizing it when they were discussing policies that they wanted to change,” Narula said.

The Biden-Harris ticket’s approach to disability issues has been more proactive than reactive, Narula said. Biden also appointed people with disabilities to his campaign, Narula said.

Molly Doris-Pierce, who has obsessive-compulsive disorder, served as the National Disability Engagement Director for the campaign. The lead cinematographer for Harris, Nasreen Alkhateeb, also has a disability, according to The RespectAbility Report. Biden also plans to appoint a director of disability policy within the White House Domestic Policy Council, which works on the president’s domestic policy agenda.

“That’s an impact that goes beyond words,” Narula said.

[After tumultuous election, current and former UMD students reflect on their ideal USA]

Lauren Eng, a senior information science major who developed hydrocephalus — a condition characterized by an abnormal buildup of spinal fluid in the brain — appreciated Biden’s plan to appoint officials to represent people with disabilities across the executive branch. On his campaign’s website, Biden promised to appoint leaders “who share his commitment to tough and effective enforcement of all civil rights laws” in the justice, education, health, labor and housing departments, as well as in other areas of the federal government.

“I don’t think that previous administrations really put that much emphasis on serving people who have conditions,” Eng said.

Narula also noticed that Biden and Harris had a COVID-19 relief plan specifically for those with disabilities. On its website, the Biden campaign acknowledged that some people with disabilities are at a higher risk of severe illness due to COVID-19.

“It wasn’t an afterthought anymore,” Narula said. “It was something that was in the forefront of their mind.”

JoEllen Barnhart, a lecturer in the agriculture and natural resources college, said she paid attention to what candidates had to say about the disability community throughout the election season. As a mother of three children who have disabilities, her life depends on it, she said.

“It was clear to me that the Biden campaign addressed full participation and equality for people with disabilities,” Barnhart said. “That was the driving issue for me, for my vote.”

Peter Leone, a professor in the counseling, higher education and special education department, said the reason politicians don’t talk about disability is they can get away with it. Most voters don’t hold politicians accountable to consider disabilities in the workplace, marketplace or higher education, Leone added.

“And that’s something that I think universities are in a unique position to address by providing not just access for people with disabilities, but also, coursework related to this thing we call disability,” Leone said.

Usually, when people discuss diversity on the campus, they often think about ethnic and racial  identity, Leone said. But they forget that diversity includes those with disabilities, he added.

“There’s many folks with disabilities, and they’re varied,” Leone said. “They have lots of different needs and talents, and strengths, and that needs to be part of the conversation.”

Now, as Biden’s inauguration day approaches, Barnhart is waiting to see if the plans will come to fruition.

“The goals are so magnificent that it leaves room for not accomplishing at all,” said Barnhart, who is also a member of the president’s commission on disability issues. “Because it … takes not just a president to make this happen, but it takes a society.”
CORRECTION: A previous version of this story misstated that Lauren Eng was born with hydrocephalus. She developed the condition later in life. This story has been updated.