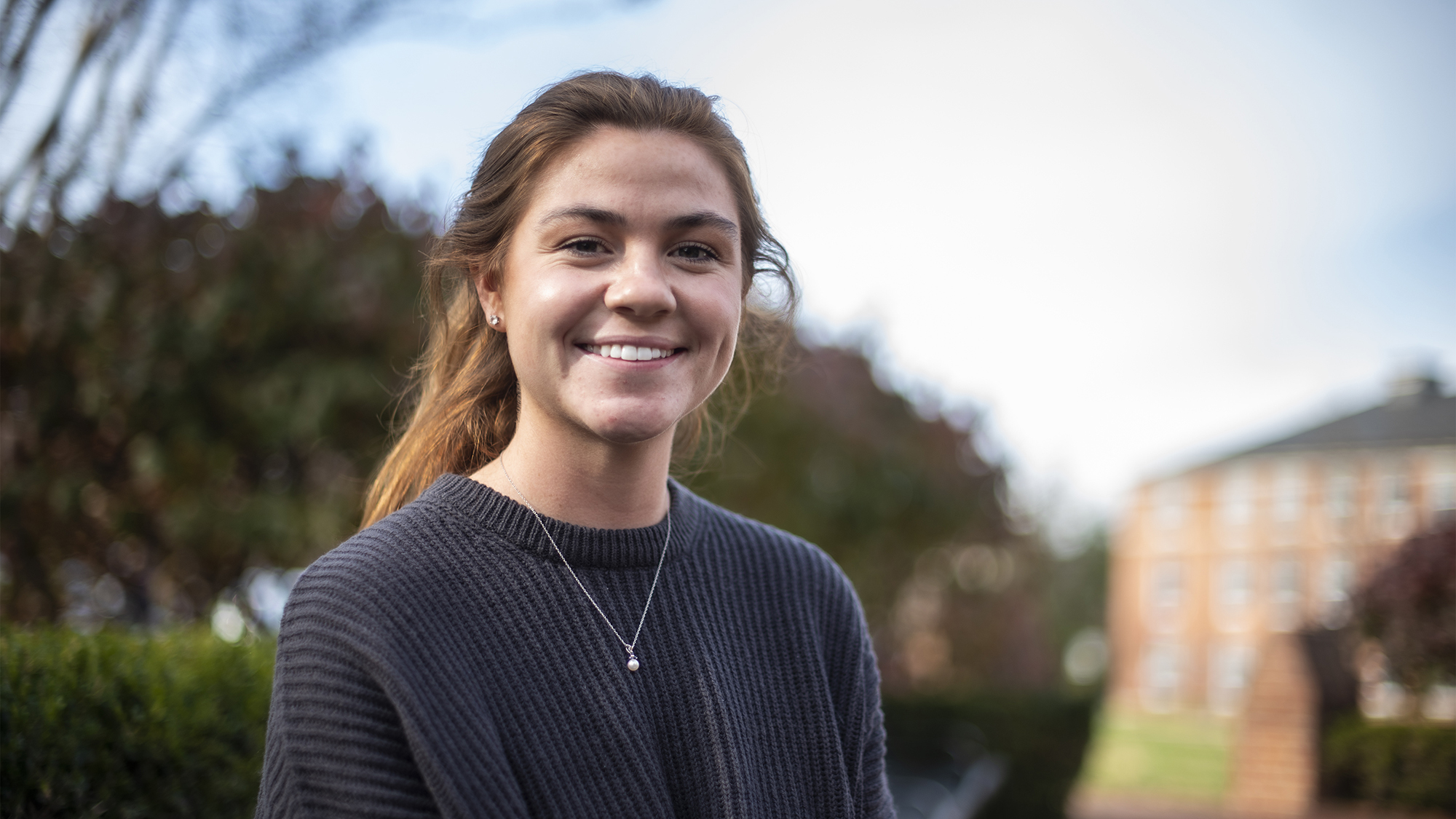 Beatrice Hammett decided to study community health because she wanted to help people.

More specifically, she wanted to help people with disabilities, who often face inequities when they’re seeking treatment. And though the community health major at the University of Maryland offers specializations for different population groups, there were few formal pathways for Hammett to study disability issues when she came to the university in 2018.

But that has since changed. A disability studies minor was launched at the university in the spring.

Now a junior, Hammett applied for the minor, spearheaded by education professor Peter Leone, before it was officially underway. Now, she’s one of the 24 students in the program’s first cohort taking courses that will help them recognize ableism within their own fields upon graduation and push for change.

“They’re a population that are so often overlooked, and creating a minor is just another step toward creating acceptance,” Hammett said.

In the context of her community health major, Hammett is looking to break down communication barriers that sometimes leave people with disabilities out of conversations about public health issues.

This happens often on social media, she said, when people neglect to include closed captions on videos or alternate text captions on pictures that describe the image for people with impaired vision.

Hammett recognizes that a future job in her field could require social media management, and she is determined to include these elements in her work so people with disabilities can better access public health information.

[For the first time, UMD students can declare a minor in disability studies]

“I think in health care, we need to actively seek to include all people in health activities and health promotion,” Hammett said.

Emmie Godwin, a senior communication major in the disability studies program, became interested in the coursework after reflecting on a relative’s experience with disability. Godwin’s family member had multiple sclerosis, a disease that targets nerve cells and impairs coordination between the brain and body, sometimes disabling those who have it.

Godwin has taken three courses related to disability since enrolling in the minor last semester. In one of those courses, she researched Main Street Connect, an apartment complex and community center in Rockville that offers affordable housing options for adults with disabilities.

Listening to interviews with some Main Street residents made Godwin think about the need for more inclusive practices in all aspects of life, beyond housing, she said. It’s a mindset she plans to bring to any communications role she takes on later in her career.

“In general, our world needs to take the stigma out of disability. And I don’t think we’re there yet,” Godwin said. “But I think minors like this — classes like this, majors like this — really help with that.”

As a computer science major, Chris Park takes most of his classes on the other side of the campus than Goodwin. However, he has some of the same career goals. Park, a junior, enrolled in the disability studies minor after taking a course taught by Leone that examines society’s perception of disability throughout history.

For Park, the class demonstrated how several elements of mainstream society — including technology — remain inaccessible to many with disabilities.

But that presents an opportunity, Park said.

“Technology is continuing to advance our society every day, and as a result of it, we could either leave people in the dust behind, or we can also help aid people with different disabilities,” he said.

Developing software that allows people who are blind to better navigate technology or creating applications that help people with difficulty vocalizing communicate more effectively — these are ways technology can be more accessible and projects Park said he hopes to be a part of one day.

This university is not the first to offer a disability studies program. Hofstra University, Ohio State University and the University of Washington offer similar minors. And though it’s new to this campus, the minor program is growing fast. Leone said he’s received about 50 applications for next semester, while current resources leave room for just about 25 additional students.

Some students and faculty hope to see the program expanded in the near future, possibly into a major or graduate program. But until then, Godwin said, the minor is a step in the right direction.

“It takes the community to really open your eyes to everything and see how much potential there is for such an amazing topic,” she said. “And I just wish it was something that was moreso spoken about.”