For the first time, UMD students can declare a minor in disability studies 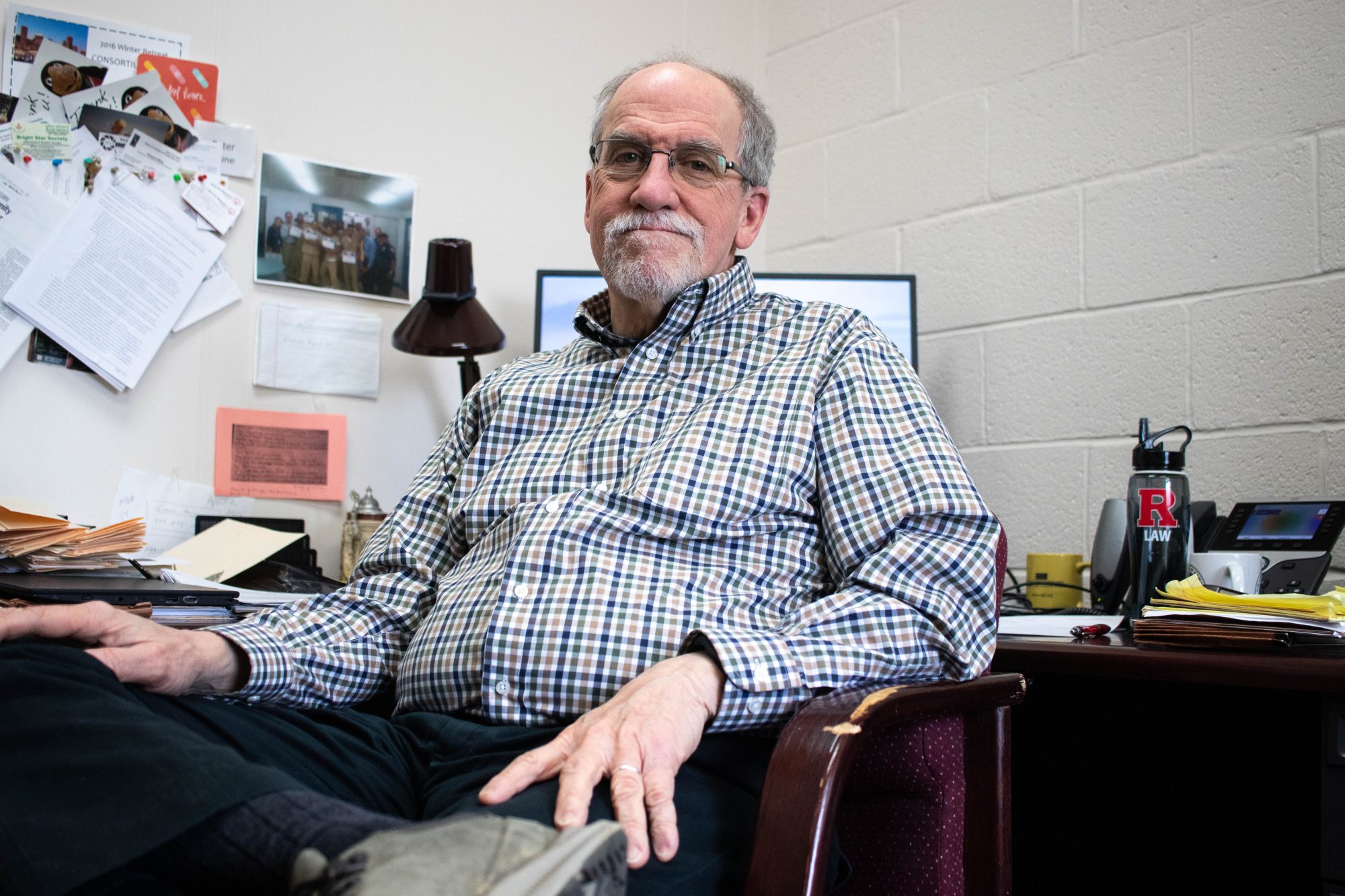 Peter Leone, the director of the disability studies minor and a faculty member in the education college in his office on Feb. 20, 2020. (Julia Nikhinson/The Diamondback)

In her EDSP220: Disability in Community class, Carolyn Fink takes a unique approach to the traditional lecture. She sends her students on a mission — what she calls an “accessibility scavenger hunt” — to search the campus for places that students with disabilities might find difficult to navigate.

Gradually, her students start to question their surroundings, she said. They notice how far away disability seating is from the front of a lecture hall. They wonder why sign language interpreters aren’t at concerts.

Raising awareness about issues that people with disabilities face is a key component of the university’s new disabilities studies minor, which features Fink’s class. The minor is being offered for the first time this semester, marking the end of a years-long approval process and what many say is the start of a more inclusive approach to education.

“I think historically, talking about disability, it’s been kind of taboo,” said Peter Leone, the minor’s director and a faculty member in the education college. “We’ve either put folks with disabilities out of sight out of mind, or we’ve patronized them. And the course and the minor is a first step in normalizing the idea that disability is a valuable thing to study.”

Leone has been teaching a special education course on the history of disability for about ten years. Year after year, he found his students were surprised by all they didn’t know about disabilities, and were eager to learn more. It wasn’t just those studying to become special education teachers, he said — interest was across the board.

With the help of other professors in the education school, Leone set out to create a 15-credit minor that takes a holistic approach to the study of disability. Instead of focusing on teaching and rehabilitation, the minor analyzes the concept of disability over time, and how culture, education and technology have shaped society’s understanding of the topic.

The professors received a $15,000 grant from the Office of Diversity and Inclusion to establish a similar minor in 2014, but efforts to organize the minor fell through early in the planning stages.

The President’s Commission on Disability Issues, an advisory board that advocates for students with disabilities, became involved with the minor’s development in 2018, securing more widespread support from faculty and students. This support culminated in a unanimous vote of approval by the University Senate Committee on Programs, Curricula and Courses last October.

Ana Palla-Kane, the PCDI’s co-chair, teaches a class in the kinesiology department on adapted physical activity and the impact it can have on people with disabilities.

“We can see that the students are really seeking knowledge, and they want to really have the experience of working with people with disabilities,” Palla-Kane said. “We needed to have a program, and I would say that the next step now is to create an undergraduate program and a graduate program in disability studies.”

Out of the 24 students currently enrolled in the major, half are hearing and speech sciences majors, Fink said. The other 12 represent a variety of disciplines, including psychology, computer science and astronomy.

Gathering students with an array of academic backgrounds was central to the minor’s success, Leone said. While foundational courses are situated within the education college, many of the minor’s elective courses come from pre-existing curriculum in subjects across the university. He hopes students will take their knowledge of disability issues and apply it to their own fields.

“You could literally go to, I believe, every single major across campus, and you could identify [disability] issues that may or may not be touched upon within their curriculum,” he said. “What we try to do is help students explore those issues.”

Freshman elementary education major Sophie Bricker first heard about the minor while taking one of its foundational courses, taught by Leone. After he encouraged students to apply to the major during “every class for a month,” Bricker sent in her own application last fall.

It was in that class that she discovered the extent of disability studies beyond special education.

“The classes that are offered aren’t just about education — the ones that I’ve been in are about the history, and using person-first language, and how to create equity rather than equality,” Bricker said. “The emphasis that disabilities, like having a disability, is part of society, and learning to celebrate them rather than keep them segregated, is very important.”

Bricker plans to change her major to hearing and speech sciences soon, where she feels she will have a more “direct impact” on the children she wants to work with. A disability studies minor would help her better understand the obstacles her future students face both outside the classroom, she said.

In the meantime, having a disabilities minor on this campus will encourage a more inclusive outlook among students, Bricker said.