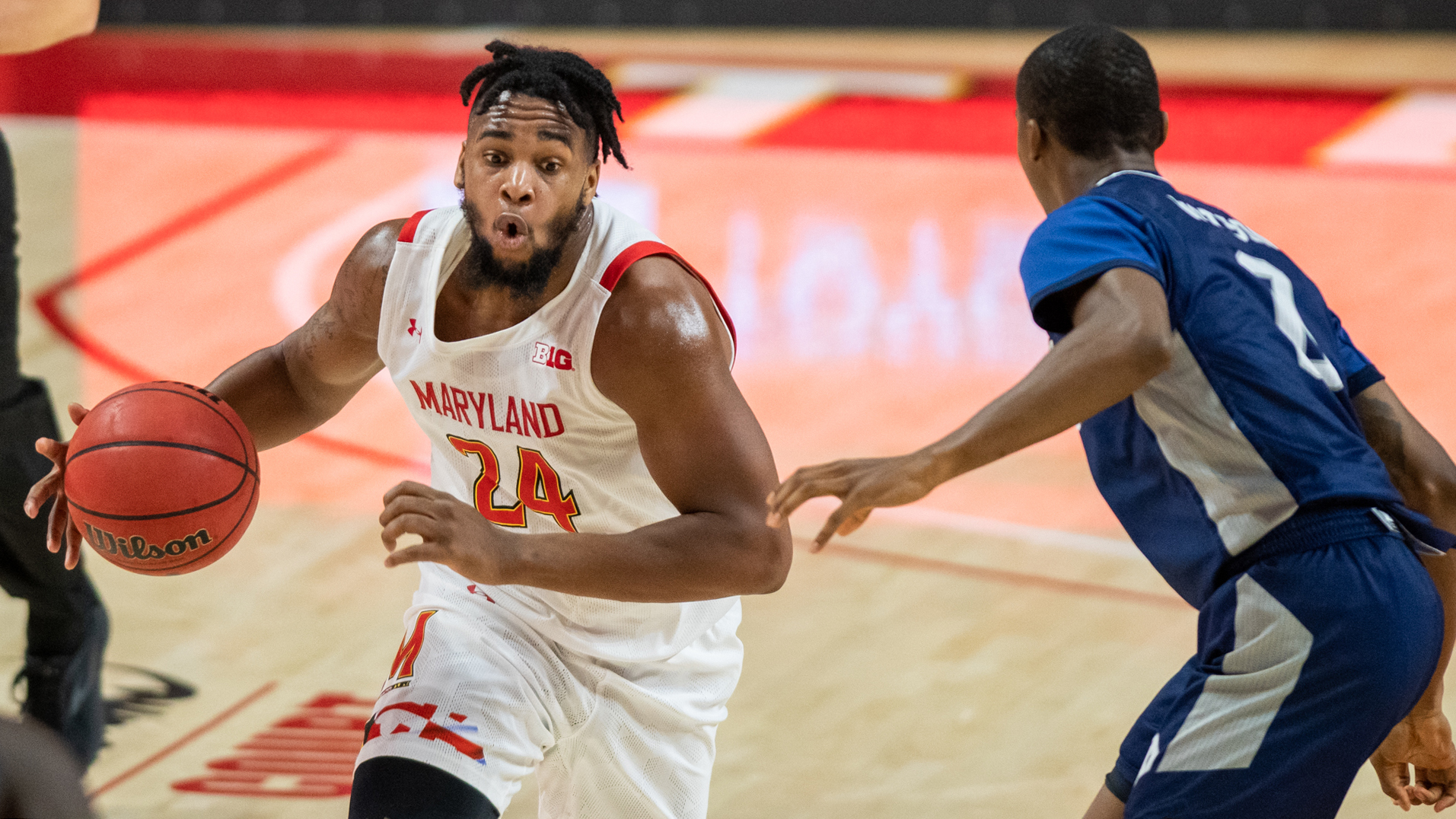 Forward Donta Scott takes the ball down the court during Maryland's 90-57 win over Saint Peter's at Xfinity Center on Dec. 4, 2020. (Joe Ryan/The Diamondback)

Last Maryland Win: February 23, 2013- Maryland 72-59; In the two teams’ final matchup in College Park as ACC opponents, The Terps outrebounded the Tigers 39-29 and three starters scored at least ten points to help lead Maryland to the win. Nick Faust had a game-high 18 points, while Jake Layman and Shaquille Cleare chipped in 12 and 10 points respectively. The win moved the Terps to 19-8 overall, and 16-2 at home on the season.

Last Clemson Win: March 2, 2014- Clemson 77-73; It took two overtimes, but Clemson outlasted Maryland in their last matchup as ACC foes. KJ McDaniels had a double-double, scoring 26 points and grabbing 14 rebounds, and also recorded six blocks in the victory. Seth Allen led the scoring for Terps, with 20 points, going 8-19 from the field.

Best Maryland Moment: February 25, 2003; Maryland 91-52; In the most lopsided game in the history of the matchup, Maryland routed the Tigers, in the final home game of the inaugural season in the Comcast Center. After leading by five points at halftime, a 55-21 second-half run helped the Terps run away with it and allowed them to move into second place in the ACC. Ryan Randle led the scoring for Maryland with 18 points, while Steve Blake added 16 and Drew Nicholas and Jamar Smith chipped in 13 apiece. It was the Terps’ 11th straight win over the Tigers (they wound up winning 13 straight before the Tigers broke that streak in 2005).

Best Clemson Moment: February 17, 2009; Clemson 93-64; In the Tigers’ biggest win in the series, Trevor Booker had a double-double, with 11 points and 14 rebounds to help pace Clemson’s attack. He shot 5-5 from the field and made his only free throw attempt, as Clemson outscored the Terps 59-36 in the second half to pull away.