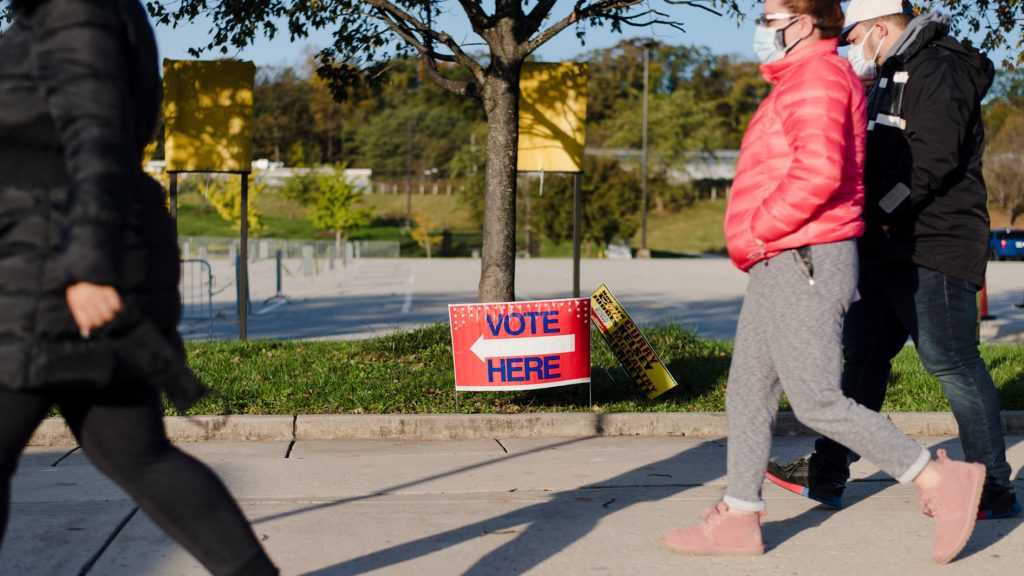 After high youth turnout helped propel Joe Biden to victory in last month’s election, University of Maryland students are unsure if the trend will continue in future elections.

Young people turned out in droves for November’s presidential election and played a decisive role in President-elect Biden’s win, according to an ongoing analysis of youth turnout from Tufts University.

The Center for Information and Research on Civic Learning and Engagement at Tufts found that more than 10 million young people cast early and absentee ballots in this election and that turnout among eligible 18- to 29-year-olds increased by about five to 10 percentage points compared to the 2016 election.

For Michael Hanmer, a government and politics professor and research director at this university’s Center for Democracy and Civic Engagement, heightened turnout from young people reflects this election’s particular intensity.

“Whether you were a Trump supporter or a Biden supporter, I think there was a feeling that this mattered a great deal,” Hanmer said. “And that will go a long way toward getting people to vote.”

In the end, a desire for change in national leadership won out among young people. Nationwide, this age group favored Biden over President Donald Trump by a 25-point margin, despite a widespread lack of enthusiasm for the Democratic candidate.

In a nationwide poll of 4,000 college students conducted by the Knight Foundation and College Pulse in August, only 49 percent of students surveyed held a favorable view of Biden.

Ryan Khaghani, a sophomore government and politics major and the president of Terps for Biden, acknowledged that a strong dislike for Trump, rather than any allegiance toward Biden, drove many young people to the polls.

“They’ve witnessed what’s been going on these past four years, and they really didn’t like it,” Khagani said.

The divisiveness of this election makes it difficult to use as a predictor for future youth turnout. Young people who vote once are more likely to do it again, Hanmer said, but even with increased momentum heading toward November, half of young Americans did not vote, contributing to about a third of overall nonvoters in the U.S., he said.

“I think we should celebrate the increased turnout overall, and among young people … but there’s still a lot of people who didn’t vote,” he said.

For Garrett Hill, the campus outreach coordinator for Maryland’s Young Democratic Socialists of America, President Trump’s record over the last four years — which now includes a surging pandemic and an economic downturn — should have led to even greater turnout from young Americans.

“To me, this election should have been something of a blowout,” Hill, a junior computer science major, said.

He noted that young white voters in particular are almost as polarized as older generations. This group favored Biden by a mere six percentage points, according to CIRCLE’s analysis — an “uncomfortably close” statistic, Hill said.

In contrast, young people of color voted for Biden over Trump by overwhelming margins, providing the edge that the president-elect needed in several battleground states. Young Black voters in particular were instrumental to Biden’s win.

In Georgia, Black youth favored Biden over Trump 90 percent to 8 percent, turning the state blue for the first time in 28 years. If they had favored Biden by just three percentage points less, Trump would have more votes statewide, according to the CIRCLE analysis. The closeness of Georgia’s race prompted a hand recount of ballots there, which ultimately verified Biden’s win.

Khaghani said he’s optimistic that young people will continue to get out the vote in future elections. In the last three years, he’s seen more of his peers get involved in politics than ever before — and their involvement is vital.

“I always tell people that each vote is a voice,” Khaghani said. “And when you don’t vote, you’re not participating in the larger discussion on where you want our country to be in the future. And young people — we are the future.”