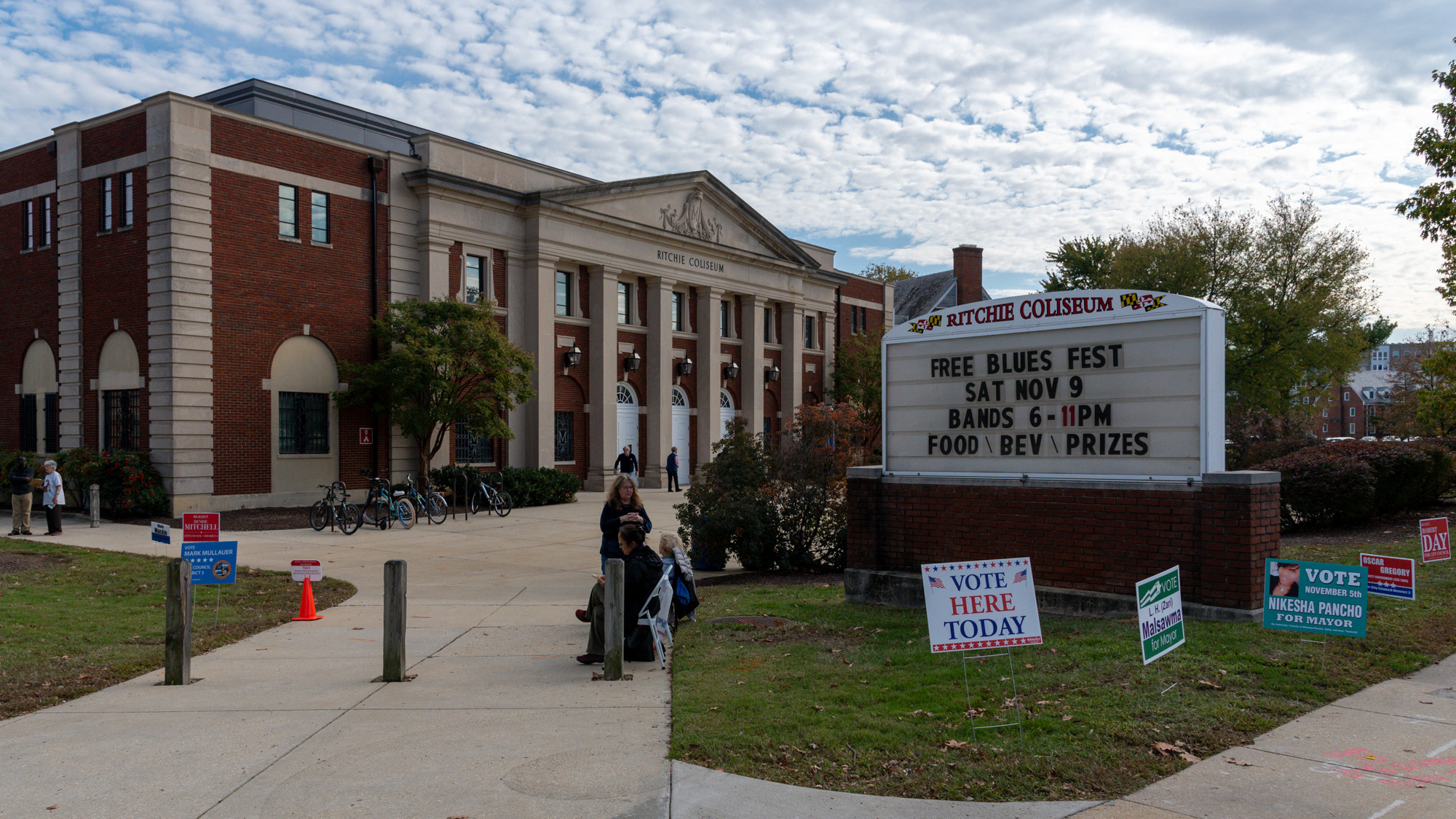 In a month, the United States will add another layer of upheaval to an already fraught year, with one of the most polarizing presidential elections in recent history.

But will it bring college students to the polls?

Young people historically have low voter turnout, but the unique circumstances surrounding this election, combined with recent polling, have led to a bipartisan agreement among some at the University of Maryland: College students will likely come out in droves this November — as long as they can get their ballots counted.

“I think more young people understand the consequences of elections now than they did in the past,” said Michael Hanmer, a government and politics professor and research director of the university’s Center for Democracy and Civic Engagement.

A recent poll published by the Knight Foundation supports Hanmer’s view. In August, research agency College Pulse surveyed 4,000 full-time college students to gauge their interest in voting. Seventy-one percent said they were “absolutely certain” they would vote in the upcoming election.

Of course, self-reported surveys should be taken lightly, Hanmer said, as people tend to exaggerate their response based on what they feel is the most desirable answer. But at this university — which is already one of the most proactive about turnout, with about 60 percent of students voting in 2016 — the survey results could translate to unprecedented election participation.

At least, that’s what some political groups on campus say.

Price Fisher, a senior government and politics major and the communications director for UMD College Democrats, said he’s seen many young people who didn’t vote in 2016 come out in full force for the midterm elections two years later, and he expects a similar outcome in November.

“They’re just becoming more engaged, and we want to make sure that carries over into the 2020 election as well,” Fisher said.

[TerpsVote and MaryPIRG get creative in registering students to vote]

Students are concerned about the federal government’s response to the coronavirus pandemic, affordable healthcare and the future of the Supreme Court in the wake of Justice Ruth Bader Ginsburg’s death, Fisher said.

If the Republican-majority Senate confirms Amy Coney Barrett, President Trump’s nominee to replace Ginsburg, the court would shift decisively to the right, with conservatives holding a 6-3 majority.

Arianna Delgado, a senior government and politics major and communications director for Maryland’s College Republicans chapter, agreed the pandemic is a motivating factor for student voters this year. But making sure those votes count in a time when people may be afraid to visit the polls also raises some concerns, Delgado said.

She worries increased dependence on mail-in ballots could undermine the legitimacy of the election. And not knowing the outcome of the election on Nov. 3 — a possibility that has gained ground as the U.S. Postal Service deals with cost-cutting measures and delays — is a worrisome prospect, Delgado said.

Registered voters in Maryland will automatically receive a mail-in ballot application as a result of the pandemic, according to Maryland Attorney General Brian Frosh’s website. Voters have until Oct. 20 to request a mail-in ballot. Absentee ballots can be mailed or hand-delivered to the local board of elections, polling centers and specified drop-off boxes.

Students registered to vote in College Park also have the option of casting their ballot at Xfinity Center, which will serve as an early voting venue for the election.

Hanmer acknowledged that students in particular could face greater challenges when voting in the upcoming election. In a recent study he published in the Election Law Journal, he discussed the confusion that this election creates for college students who are temporarily away from the campus due to the pandemic.

“One of the key things about our system is that every state has a different set of rules,” he said. “The question is how difficult it is to navigate those rules.”

Another challenge is the general lack of enthusiasm for either candidate. A Knight Foundation and College Pulse poll found that about 70 percent of college students plan on voting for Democratic nominee Joe Biden, but less than half have a favorable viewing of the former vice president. And that’s a sizable step up from Trump’s favorability rating, which stands at just 19 percent among the demographic.

Fisher noted that most members of UMD College Democrats did not vote for Biden in the primaries, and that it “took a while” for the group to reach a consensus on their support for the candidate.

But facing the consequences of this particular election, they’ve become vocal in supporting Biden, he said.

“I do think that younger people feel that Biden, out of the two of them, supports our issues and cares about our issues more,” Fisher said. “We’ll be enthusiastic for those issues, if not for the candidate.”

Recognizing the importance of the issues, COVID-19 chief among them, the College Democrats and College Republicans groups have stepped up their efforts to get out the vote on the campus while adhering to social distancing guidelines.

Fisher and the Democrats are organizing phone banks to ensure Prince George’s County residents are registered to vote, he said. They also teamed up with the university’s Terps for Biden group to hold a virtual watch party for the first presidential debate Tuesday.

Meanwhile, Delgado and her group have been sharing election resources on social media, she said. And despite the unexpected circumstances surrounding the race, she’s certain students will make their voices heard.

“I think students will take matters into their own hands, on UMD’s campus especially,” she said. “I have no doubt that there will be a wide turnout.”