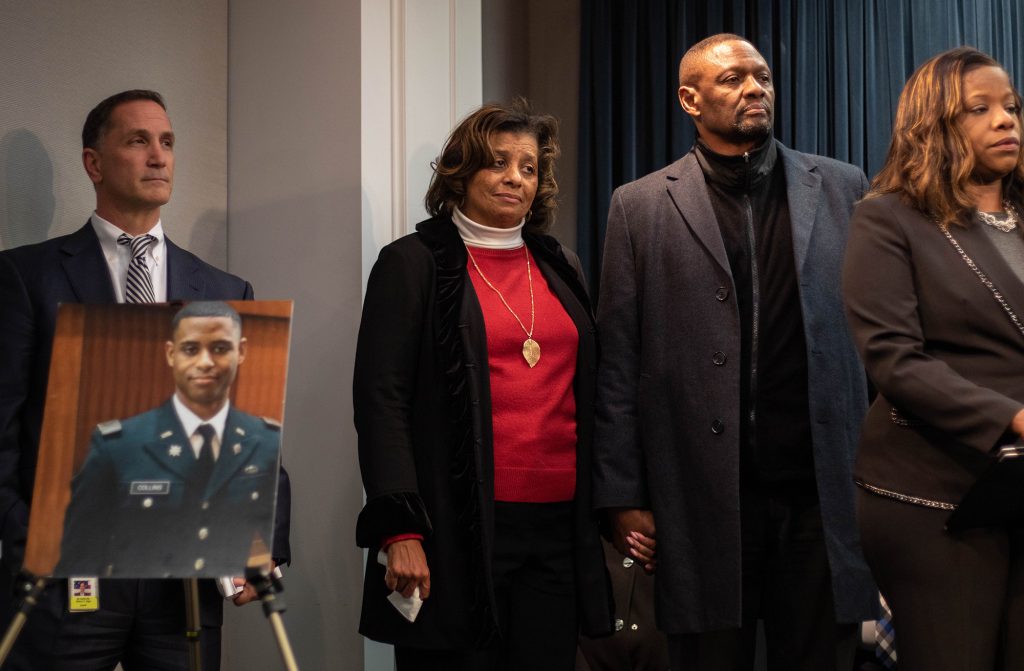 Three years after the murder of 1st Lt. Richard Collins on the University of Maryland’s campus, Maryland lawmakers announced in a press release Friday that they expect Collins’ family to receive military death benefits such as the death gratuity program, which provides funds to a deceased service member’s family.

This announcement comes after the passage of legislation last year that ensures all Reserve Officers’ Training Corps graduates who die between commissioning and their first assignment, like Collins, will be treated like members of the armed services who die on active duty. The bill also provides ROTC graduates with life insurance and makes families of ROTC graduates eligible for financial assistance from the federal government. Prior to securing these amendments, though, last year’s bill only applied to future cases.

In July, Sens. Chris Van Hollen (D) and Ben Cardin (D) and Reps. Steny H. Hoyer (D) and Anthony G. Brown (D) secured provisions designed to ensure the Collins family receives the benefits of this legislation in the National Defense Authorization Act. The four lawmakers announced Friday that they have now secured the provisions in the NDAA Conference Report, which they expect both the House and the Senate to pass in the coming days, according to Friday’s release.

“Since day one, I’ve been fighting for the family of Lt. Collins, his memory and to deliver justice. After awarding Lt. Collins his due honors, I am proud that this year’s NDAA ensures his family receives their due benefits,” Brown said in a press release. “The loss of a son, of a soldier and a promising young leader such as Lt. Collins is a tragedy. The example he set and the lives he touched will endure. My hope is these benefits help Lt. Collins’ family find closure and peace.”

In May 2017, Collins, a Black Bowie State student, was stabbed to death by a white former University of Maryland student. Collins, who had been commissioned into the U.S. Army, was killed days before he was scheduled to go on active duty.

Though the white student, Sean Urbanski, faced murder and hate crime charges, in 2019 he was only found guilty of first-degree murder. The judge presiding over the case dropped the hate crime charge, ruling that the state had not provided “sufficient evidence” to support the charge. The state’s case centered on racist images on Urbanski’s phone and his membership in a white supremacist Facebook group.

Following Collins’ death, his family faced adversity in trying to receive the recognition and military benefits they would have received had he been on active duty, which ultimately sprung the group of lawmakers into action.

“Lt. Richard Collins’ tragic death has left a void that can never be filled, but I’m hopeful this action brings the Collins family some peace of mind – finally providing the recognition and benefits they’re due. After our work advocating on behalf of the Collins family for the last three years, I’m glad to see the Congress take this important step,” Van Hollen said in a press release.

Over the last three years, students and administrators alike at the University of Maryland and Bowie State have strived to honor Collins’ legacy through several candlelight vigils and advocating for hate crime bills.