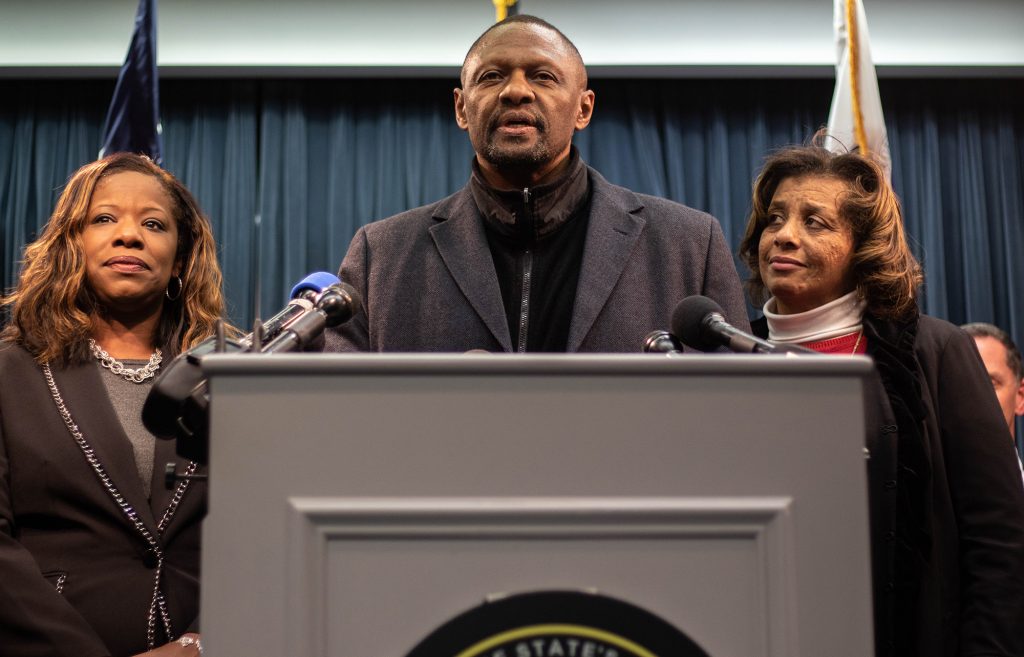 Amid a flurry of legislating before a planned coronavirus shutdown, the Maryland General Assembly passed a bill Monday that would make it easier to convict someone accused of a hate crime.

The legislation, which expands the definition of what would be considered a hate crime, is named after 2nd Lt. Richard Collins. Collins, a black Bowie State University senior, was stabbed to death in 2017 near a bus stop on the University of Maryland’s campus.

As the law currently reads, a person cannot commit certain crimes “because of another person’s or group’s race, color, religious beliefs, sexual orientation, gender, disability, or national origin, or because another person or group is homeless.”

The bill removes the words “because of” so the statute would instead read that certain crimes cannot be “motivated either in whole or in substantial part” by factors such as race.

Courts sometimes interpreted the words “because of” to mean that prosecutors needed to prove that hate was the sole motive for a crime, said Aisha Braveboy, the state’s attorney for Prince George’s County. That has made prosecuting hate crimes an “almost impossible” task, she said, because there are mixed motivations behind most crimes.

Sean Urbanski, a white former student at this university, was convicted in 2019 of first-degree murder in Collins’ killing, but the hate crime charge against him was dropped. A Prince George’s County judge decided state prosecutors hadn’t brought enough evidence to show Urbanski had killed Collins because of his race.

Prosecutors presented a series of racist memes saved to Urbanski’s phone and emphasized that Urbanski was a member of a white supremacist Facebook group called Alt-Reich: Nation. The defense pointed to Urbanski’s drunkenness as the reason behind the killing, saying he couldn’t remember committing the crime.

The bill comes after Collins’ family pushed for changes to the law. The day after the charge was dropped — and the same day Urbanski was convicted of murder — the family spoke at a press conference and announced they intended to seek changes to Maryland’s hate crime law.

“We want the world to know that we’re going to continue to fight for his legacy,” Collins’ father, Richard Collins II, said at the conference.

Elonna Jones, the University of Maryland’s NAACP president, said that she heard about the planned push from Collins’ mother, Dawn Collins, soon after the judge gave the verdict.

Jones said she was surprised that Maryland did not have a more robust hate crime law already in place. But she was surprised, too, by the legislators’ widespread support for the bill. It passed with overwhelming support in both chambers.

But there’s more to Collins’ death than its political ramifications, she said.

“He was murdered,” Jones said. “He was never supposed to be a martyr.”

Jones said she’s amazed by the way that both campuses — this university and Bowie State University — have banded together in support of Collins’ parents and the foundation they named in honor of their son, the 2nd Lt. Richard W. Collins III Foundation.

“This is huge legislation. This is not only justice for their son but it will continue to make impacts for any other person in Maryland who faces something similar,” Jones said.

The bill’s passing comes as the General Assembly is rushing a number of bills through its doors before adjourning Wednesday due to the spread of the coronavirus. The bill still needs Gov. Larry Hogan’s signature.