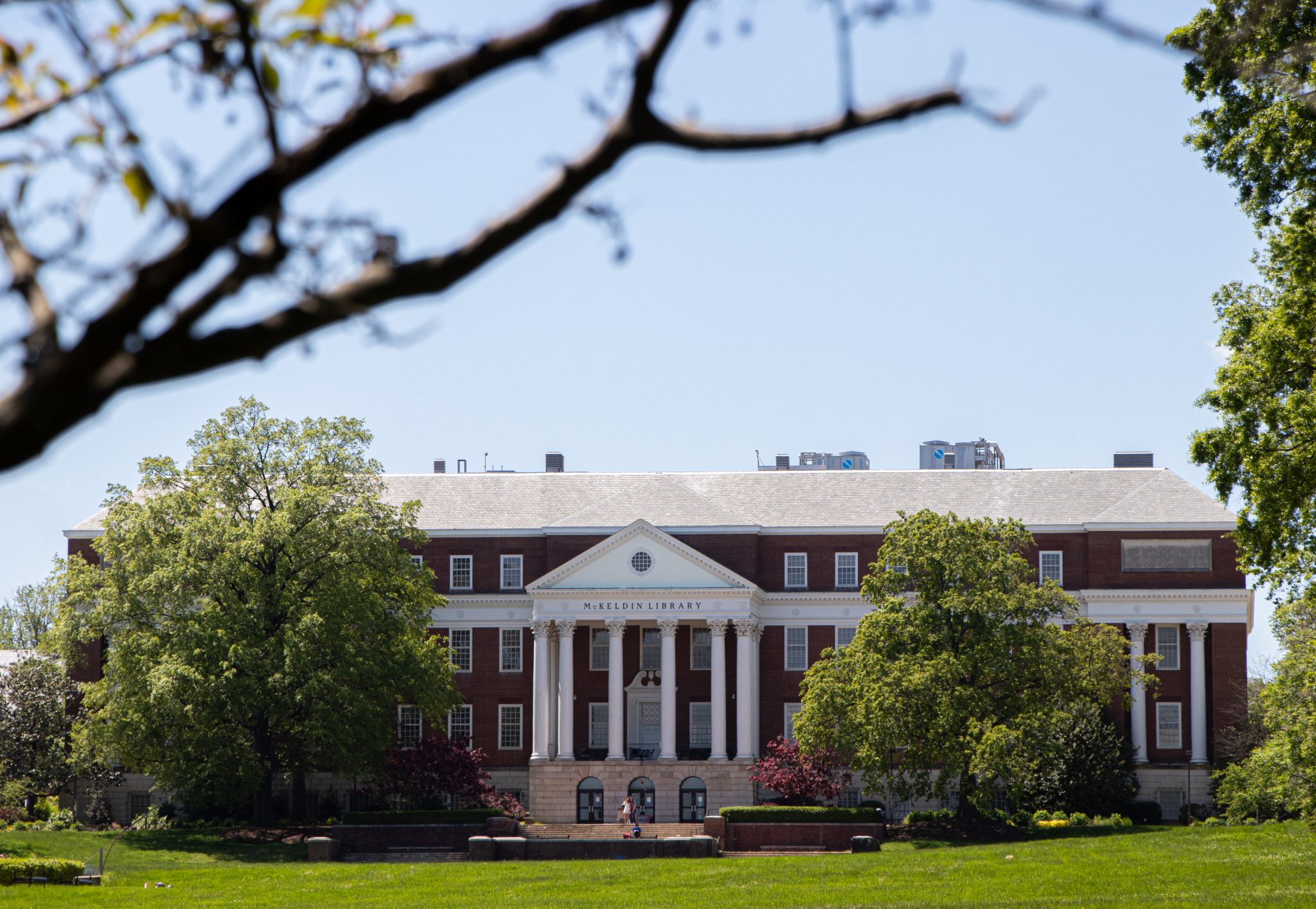 When Keren Binyamin was a freshman, she remembers returning to her dorm room to find phrases like “Free Palestine” and “Israel is a terrorist state” written on the whiteboard outside of her door — equating the actions of the Israeli government with her own.

Binyamin, a Jewish University of Maryland student who is also an Israeli citizen, wanted the messages to stop. She reported the vandalism to her floor’s resident assistant, who then turned the investigation over to University Police. Though police questioned everyone on the floor, she says they never found the person responsible.

Hate bias incidents, like the one Binyamin experienced her freshman year, have increased in College Park. The zip code where the University of Maryland is located recorded 19 hate bias incidents last year — the highest of any zip code in the state, according to an annual report by state police. The number of incidents increased by 20 percent from 2018.

At this university, some students say this trend speaks to a lack of tolerance on a campus and national level. And Pauline Sow, the diversity and inclusion director of the Student Government Association, says these types of incidents are likely underreported — especially since many people don’t know what resources are there to help them.

“I think a lot of times students shy away from reporting hate crimes because there’s always the burden placed on the victim that endured it to prove that it actually happened and prove the intent, which should not be on them at all,” Sow said.

The Bias Incident Support Services Office’s program manager, Brian Medina, reiterated Sow’s thoughts, writing in an email that ze imagines the “vast majority” of hate bias incidents go unreported and that it would be “impossible” to predict how many people chose not to report experiencing a hate bias incident.

Medina wrote that there are several different factors that could impact an individual’s choice to report, including being unaware of BISS’s resources, not feeling ready to report, having another support system or not understanding what constitutes a hate bias incident.

“The more that we provide resources, support, and compassion to those most marginalized, the better UMD will be for everyone,” ze wrote in an email.

In a statement provided by university spokesperson Natifia Mullings, the school asserted that the number of reports show the campus community is actively pursuing an inclusive culture.

“We have a community that reports hate and bias when they see it, hear it, experience it, or suspect it,” the statement read. “We have built the systems that are required to root out hate and provide care and trauma-informed resources when we experience hate or bias, and we hope individuals will continue to report.”

Hate bias incidents, which can range from offensive words to targeted criminal acts, are defined as “acts characterized by some expression of hate or bias against a particular group” by this university’s Office of Diversity and Inclusion.

Of the 19 hate bias incidents reported in the 20742 zip code last year, 16 were “verified” by police, meaning they found evidence in their investigation that would allow a “reasonable and prudent person” to conclude that the incident was at least somewhat motivated by bias, according to the state report.

The other three incidents were not verified, according to the report, with two marked as having insufficient evidence. Police found one incident had not been motivated by bias.

Sgt. Rosanne Hoaas, a spokesperson for the University Police, said most of last year’s verified hate bias incidents weren’t considered criminal offenses by the Clery Act, a federal law that requires universities to disclose information about crimes on or around campus.

Only four met the definition of a hate crime, Hoaas said: the partial burning of a “Power in Pride” poster, the etching of anti-LGBTQ words into a South Campus Commons door, antisemitic texts sent to a student and a man making anti-Hispanic comments to a woman walking on the campus.

Out of these cases, two were closed: One individual was charged, and another was issued a denial from the campus, Hoaas wrote in an email.

The other 12 hate bias incidents, which didn’t meet the Clery Act’s definition for a hate crime, included swastikas etched into various buildings around campus, an anti-Jewish email, anti-Black words or markings etched onto bathroom stalls and anti-white words etched around the campus, a report from Hoaas read.

These incidents, and a general sense of intolerance, are felt by the Black community on campus, Sow said. Sow said she’s experienced intolerance several times throughout her four years on campus, with the most memorable experience being told by her classmates that the only reason she supported having a minimum wage was that she was Black.

These microaggressions contribute to a larger culture of intolerance that can lead to more serious actions like hate crimes, hate speech or racial profiling, said Dr. Kameron Van Patterson, the director of programs for the Judge Alexander Williams, Jr. Center for Education, Justice & Ethics.

“We’re at an inflection point in our country,” Van Patterson said. “Race has been, from the beginning, a flashpoint because of the way in which it was structured and constructed legally, politically, economically, beginning with the enslavement of Africans in the country.”

Becca Carin, the cultural and Israel vice president for the Jewish Student Union, said she’s heard a lot about swastikas appearing in dorms and campus buildings. It’s disappointing, but not surprising, she said.

Carin recently co-hosted a virtual conversation with the Black Student Union to discuss how the two groups can better understand each other and advocate for each other.

“It’s important that we stand up for all marginalized groups,” said Carin, a junior Jewish studies major.

Binyamin, who serves as the vice president of Terps for Israel, said despite her experience, the Jewish community doesn’t focus too heavily on these antisemitic incidents.

“It definitely feels a lot less lonely having such a vibrant Jewish community here on campus,” the sophomore management and marketing major said.

But still, Binyamin said that no matter where she is, the fear is always there.

“Tucking away my Jewish star necklace and making sure my Israeli flag isn’t in view of a window is always something that I’m conscious of no matter  where I am, despite the extensive community here, because it really could happen anywhere,” she said.

So far in 2020, 37 hate bias incidents have been reported to BISS, with over two-thirds of incidents targeting a particular race, according to this university’s Bias Reporting Dashboard. In an email, Medina wrote that BISS provides support to those who report hate bias incidents and offers educational resources.

“Bystander intervention should not just be reserved for those experiencing sexual harassment or some other form of power-based violence. If someone you know tells you that they were called a racial, homophobic, or antisemitic slur, provide compassion and support for them.” Medina wrote. “Everyone has the responsibility to confront bigotry and hate, safely and in partnership with those directly harmed.”