Ty Johnson had a career day for the New York Jets 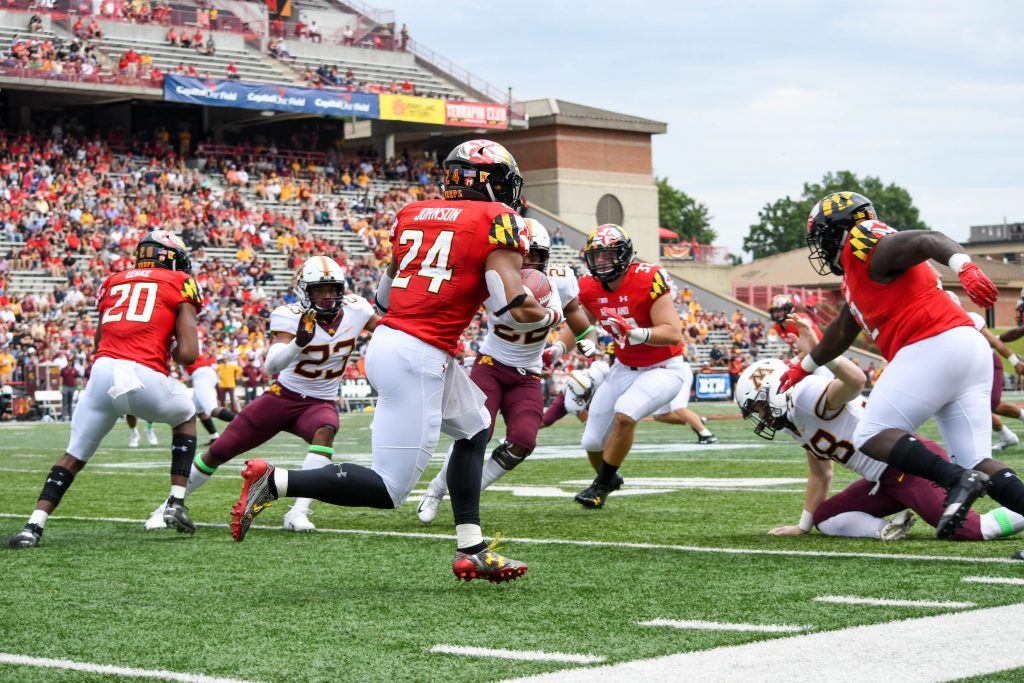 Running back Ty Johnson making a run through the field during Maryland football’s 42-13 win over Minnesota at Maryland Stadium on Sept. 22, 2018. (Alex Chen/The Diamondback)

After starting running back Frank Gore left the Jets’ game against the Las Vegas Raiders with a concussion, Johnson became the Jets first option out of the backfield. Johnson would total 22 carries for 104 yards- both of which are career highs, going along with two receptions for 13 yards.

Late in the fourth quarter, with the Jets trailing the Raiders 24-21, Johnson found his way into the endzone for the first time in his career. The one-yard run put the Jets in line to win their first game of the 2020 season.

The @nyjets take the lead! #TakeFlight

Although the Jets would wind up losing in the final seconds of the game, it was a day to remember for Johnson.

With Frank Gore potentially sidelined for more time, Johnson could build upon this performance and help cement his place in New York’s backfield.