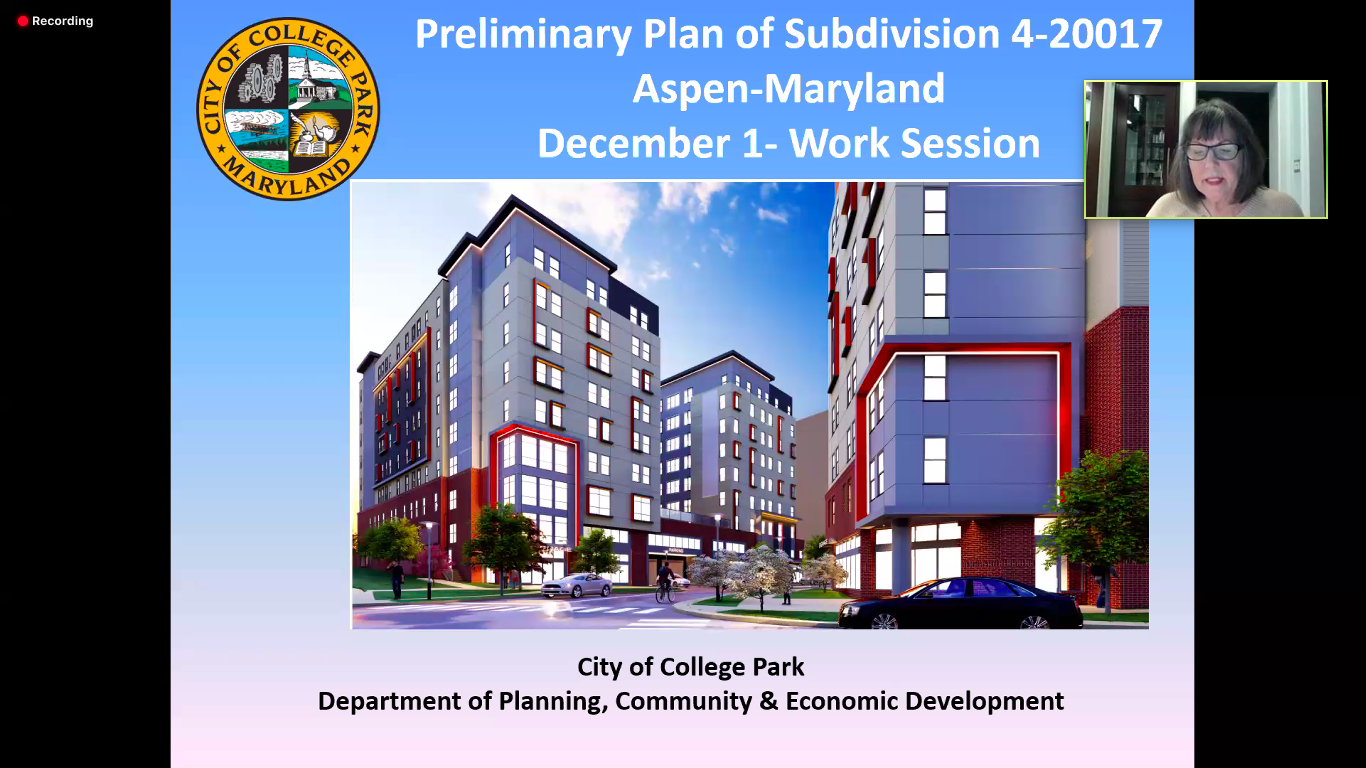 The College Park City Council decided to take a preliminary plan for new student apartments on Knox Road into their next meeting during a work session Tuesday night.

The complex would be made up of two nine-story buildings located across the road from each other, replacing the three brick properties on Knox Road. Building 1 would be behind South Campus Commons 7, next to the approved project replacing the “Knox Boxes,” and Building 2 would flank Terrapin Row,

The new buildings would supply 434 total beds and 129 student apartments, ranging from studios to two, three, four and five-bedroom apartments.

Adam Rosenbaum, student liaison to the council, said the five-bedroom apartments — which are not common in other complexes — could be very successful with students, if the price is reasonable.

“We envision, given the diversification of the unit and product type, that we can provide various price points for the market to be competitive in a fairly competitive area,” said Matt Tedesco, the developer’s attorney. Prices haven’t yet been laid out, but estimates will likely come with the detailed site plan.

District 1 Councilman Fazlul Kabir voiced his concerns with the cost, saying residents are frustrated with the increasing prices of new developments.

“Anything you can do in terms of pricing … make the breakdown in a way that the price is more affordable to the students,” Kabir said.

The new buildings would also bring 2,462 square feet of retail space with them. Underneath Building 1, there would be a parking garage with 99 spaces. Amenities would include a fitness center, pool, lounges and a private bistro for residents. There would also be an elevated crosswalk at the intersection between the two buildings.

District 3 Councilman John Rigg told the developers that in terms of amenities, they’ll need to consider what current residents in the area want, as well as the projected student population. Tedesco said there are no prospective tenants for the retail space yet, but he agreed with Rigg, who suggested smaller commercial build-outs.

“From talking with folks in other college towns, they’re more attracted to smaller entrepreneurs. Local businesses, minority-owned businesses who want to bring that vibrancy and that unique character to our commercial scene,” Rigg said.

Nick Speach, senior project manager at Bohler Engineering, explained that a concrete vault would collect water flowing from the roof and any other impervious surfaces. The vault would be regulated in such a way that, at a certain point, it will start to release water slowly and therefore keep flood levels low.

A detailed site plan will follow the preliminary plans soon, said Terry Schum, city planning director. The Maryland-National Capital Park and Planning Commission still needs to approve the detailed site plan. The Planning Board will have a meeting Jan. 7 to discuss further.

Many other inquiries were up in the air during the meeting, but Tedesco said most of the answers will come with the detailed site plan.

“I look forward to getting some of the answers, I know we’re really at the early stages,” Mackie said.