Darnell Savage had a great Sunday night for the Packers 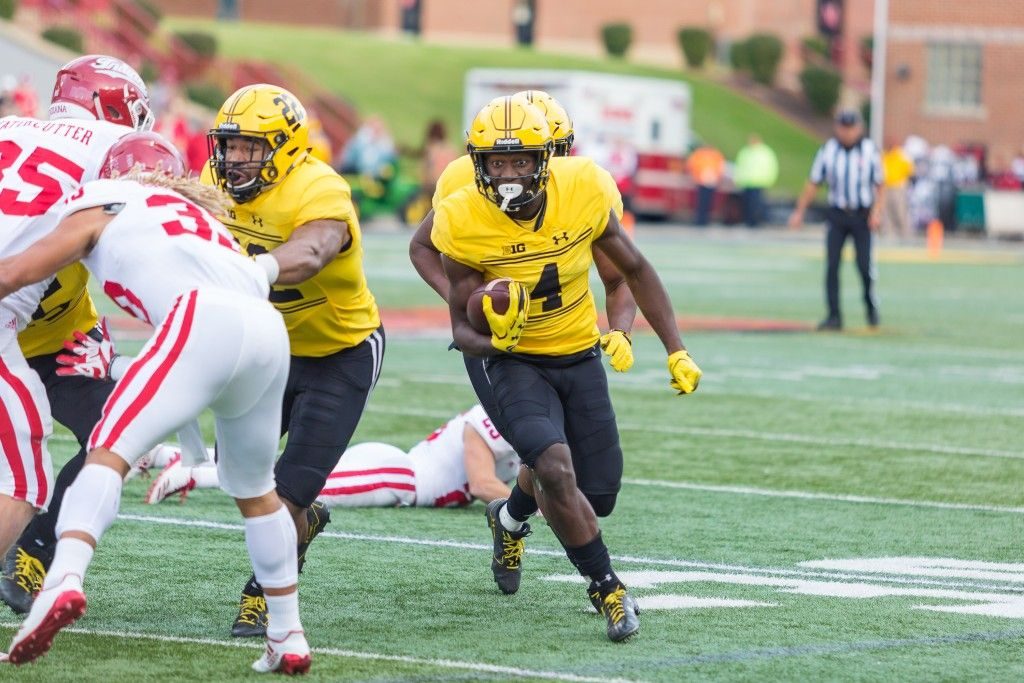 Defensive back Darnell Savage sprints up the field after intercepting a pass in Maryland’s 42-39 homecoming victory over Indiana at Maryland Stadium on Oct. 28, 2017. (Marquise McKine/The Diamondback)

After an impressive rookie season a year ago, former Maryland defensive back Darnell Savage Jr. has struggled to make a big leap in his sophomore season. The Green Bay Packers’ safety was able to reverse those fortunes and put on a show on Sunday Night Football facing the Chicago Bears.

In the Packers’ 41-25 blowout victory over Chicago, Savage recorded two interceptions, along with one tackle and two deflections. Savage became the first Green Bay player with multiple interceptions in a single game since December 2016.

Darnell Savage becomes the first Packer with two or more interceptions in a single game since Ha Ha Clinton-Dix picked a pair against Chicago on Dec. 18, 2016.

The first pick of the night came early in the second quarter when Chicago quarterback Mitchell Trubisky was looking for Darnell Mooney in the end zone. Trubisky overshot his man, throwing the ball perfectly into the hands of Savage for his first takeaway of the season.

Savage’s second interception came in the third quarter, with Trubisky firing into triple coverage looking for Anthony Miller. The former Terp made an acrobatic catch, falling onto his back and giving the Packers the football near the 50 yard-line.

It’s safe to say if Savage has more performances like he did against Chicago, he’ll make a real name for himself amongst the Packers’ secondary.