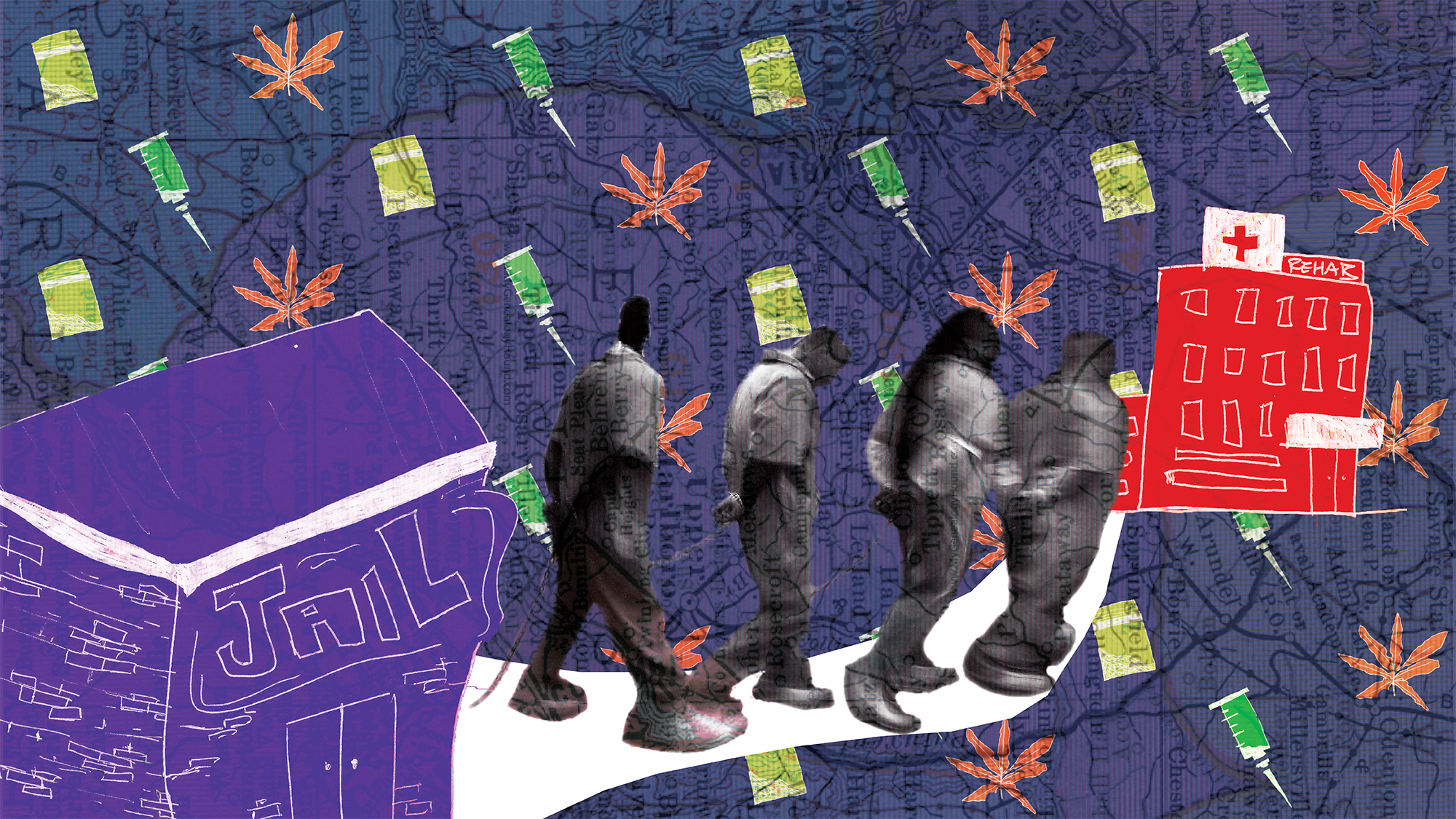 Earlier this month, Oregon became the first state to pass a law decriminalizing personal possession of illicit drugs, such as heroin, methamphetamine and cocaine. Once the law goes into effect in February, those in possession will have to pay a $100 fine or undergo an assessment at an addiction recovery center instead of spending time in jail.

The new law treats addiction as a mental health and medical problem — but in Maryland, possession of hard drugs could mean a jail sentence of up to four years or a fine of up to $25,000.

The Oregon change begs the question: Will other states follow, and could Maryland be next?

If the measure succeeds in Oregon, it could be applied to other states, said Alan Lehman, a criminology and criminal justice professor at this university.

“It’s sort of the usual West Coast, East Coast, Midwest differences in these types of things,” Lehman said. “If people, from an objective standpoint, could see that something like this was working. If that case could be made, I think that would go a long way to encouraging other states, Maryland included, to adopt some sort of plan like that.”

Maryland’s overdose record has continued to worsen year after year. In 2018, its drug-and-alcohol-related intoxication deaths increased for the eighth year in a row to 2,406 deaths.

Almost 90 percent of those deaths were opioid-related, with drugs like heroin, prescription opioids, and non-pharmaceutical fentanyl, according to the Maryland Behavioral Health Administration.

Even before fentanyl arrived, Baltimore was one of the three cities most affected by heroin, according to Peter Reuter, a criminology and criminal justice professor at this university.

But Reuter doesn’t think Maryland will be progressive in terms of legalization, even with Baltimore as a hotspot for drug addiction.

“Baltimore city … was a real leader on advocating for drug policy reform, but it’s never been one of the leading states,” Reuter said. “It’s been a bit of a leader in that respect, but not with respect to legal change and decriminalization.”

Greg Midgette, another criminology and criminal justice professor, has a different perspective.

“If I were to rank the 50 states in their chances of considering drug decriminalization, Maryland would certainly be in the top half. It’s a relatively progressive state in some ways,” he said.

Advocates in Oregon say the measure will open up an opportunity for people struggling with addiction to seek help for their treatment, rather than criminalizing their dependency.

“When they are ready for help or they do want help, this is how you access it. This is who you call. This is where you can go and then help would be available in that moment,” said Janie Guillickson, executive director of the Mental Health & Addiction Association of Oregon, a nonprofit that promotes recovery and wellness for people with mental health and addiction challenges.

Additionally, an analysis by the Oregon Criminal Justice Commission found the measure would reduce convictions for drug possession by close to 90 percent, which advocates say will also lead to a reduction in racial disparities within the criminal justice system, since Black Oregonians are disproportionately arrested on this charge.

Oregon will use the state’s marijuana tax revenue to partially fund new addiction centers. The initiative will be overseen by the state’s public health agency and a panel that will decide how to disperse the money statewide.

Midgette said America’s poor approach to drug addiction dates back to the War on Drugs in the ’60s.

Reuter doesn’t see the justification in locking up people struggling with addiction, either.

“There is neither a substantial deterrent effect, it’s not rehabilitative,” Reuter said. “It strains our sense of justice.”

Reuter thinks the criminal justice system has punished a lot of people and hasn’t gotten a lot out of it — but at the same time, Reuter knows America doesn’t have a perfect understanding of the best ways to go about providing treatment for drug users.

But Reuter and Midgette said that the law has its downsides, too.

“It also creates a risk of disproportionate application of the law. And that could be problematic, especially if it’s by something like wealth, which is associated with access to health care,” Midgette said with regard to the choice of paying a mere $100 fine.

Midgette also has concerns about using a fluctuating market for funding these new centers.

“If you’re expecting to set up and maintain addiction centers,” he said, “it’s a long-term proposition, you want to have something that in the long term will be able to fund that investment.”