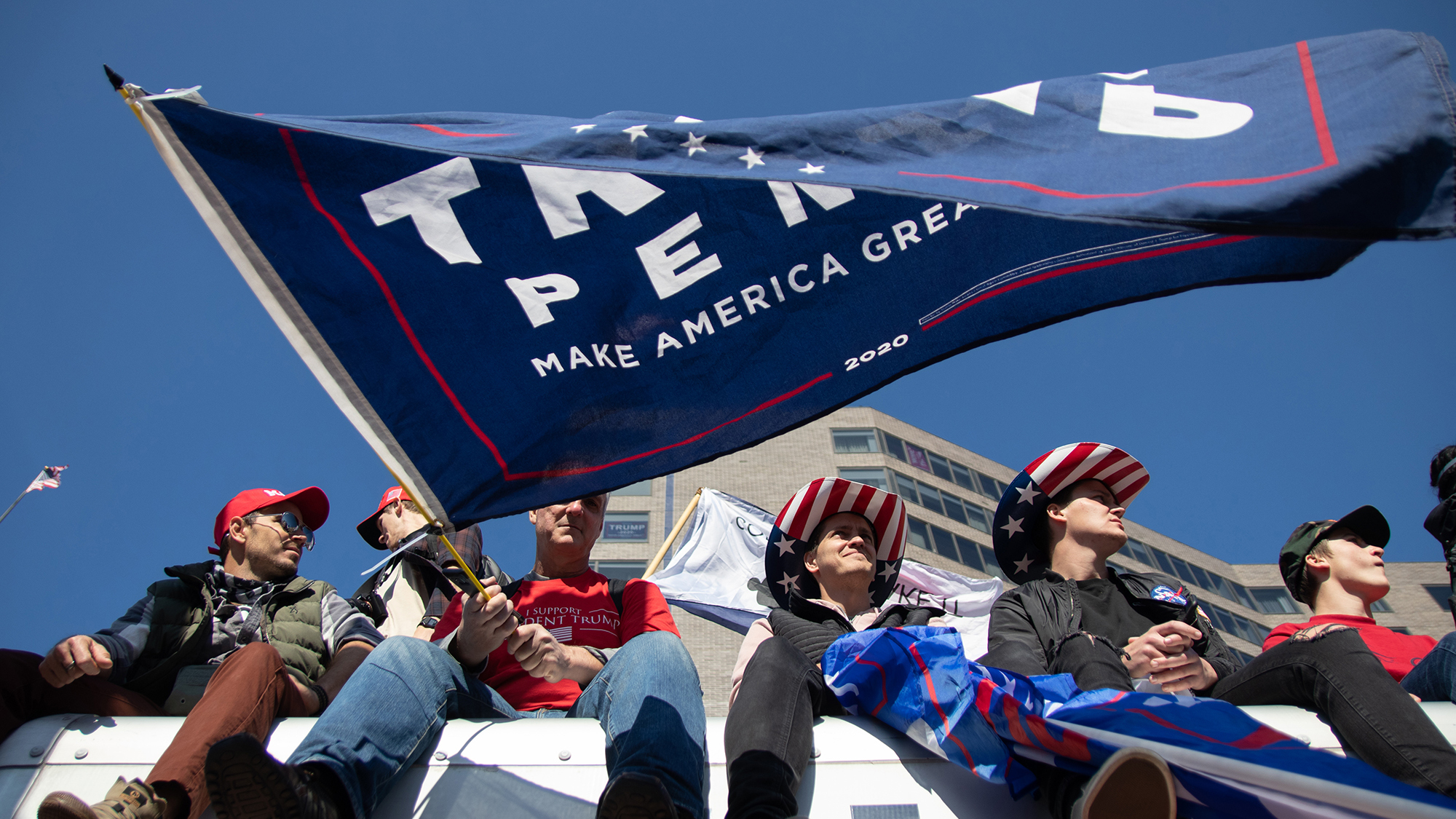 Christopher Messer still remembers the ostracization he felt 12 years ago as he walked through his elementary school wearing the John McCain shirt his dad had picked out for him.

Now, Messer and his mom lean a bit more Democratic, while his father and brother remain on the right — with Messer even describing his brother as having “white supremacist-style” beliefs. Even his extended family is split between the pro-Confederate South Carolinians on his dad’s side and the “sometimes” Democratic Texans on his mom’s side.

According to a Brown University study released in January, the United States has politically polarized faster over the last 40 years than other democracies around the world. And some, including students at this university, are seeing this divide inside their own homes.

After President Donald Trump was elected in 2016, sophomore Ryan Khaghani, who founded the Terps for Biden student group, said that his extended family was so divided that they had to selectively invite guests over for Thanksgiving and Christmas to ensure that those on opposing sides wouldn’t clash.

“It got to a point where some people couldn’t be in the same room with one another,” said Khaghani, a government and politics major.

Similarly, Shawn Thompson, a senior government and politics major, said that around the 2016 primaries, his extended family became much more outspoken about their conservative beliefs.

“They got very aggressive and kind of started going way extreme with the things that they would say and post and, pretty much outright racist stuff,” Thompson said.

He cut off contact with most of his dad’s side of the family, blocking one uncle after he tried to “cyberbully” Thompson. He still doesn’t speak to them. Trump’s rhetoric, he added, “gave the green light to his supporters.”

“Rather than just being Americans that have differing political opinions, [it’s] that the other side is an existential threat to the country … and literally on the level of terrorists,” Thompson said.

Messer’s disagreements with his father and brother are reflected in policy issues such as immigration, including Trump’s attempt to cut off travel from several Muslim-majority countries. While they were in favor of these measures, Messer described himself as an “open borders kind of guy.”

Messer added that his brother once said, “I really don’t care if democracy dies, as long as we got my preferred guy in charge.”

“You would imagine that people our age would deal with the kind of racial diversity and the lessons from history, they would have learned to appreciate how fragile American democracy is and how important it is to maintain it,” Messer said.

Messer said he thinks his brother’s beliefs could stem from having a “uniform” friend group in high school, whereas Messer had a more racially and religiously diverse group of friends.

Sophomore government and politics major Caroline Bauk said her arguments with her brother surrounded his decision not to vote in this election. He saw her strong feelings about voting as a moral oversight — and she saw his lack of participation as the same.

When disagreeing with family, it can be difficult to remain calm, Khaghani said — but he does his best.

“It gets back to that point where, back in 2016, when Michelle Obama was campaigning for Hillary Clinton, she was saying, ‘When they go low, we go high.’ So I always try to stay really civil, don’t get down and dirty and resort to name calling,” he said.

Khaghani said he sometimes gets into heated debates over certain issues, such as COVID-19. While his family blamed the media for inflating the numbers, Khaghani argued that the large number of recorded deaths were due in part to Trump’s negligence.

“The doctors and the nurses and all the frontline workers out there, working hard, putting their lives at risk. And that’s really what got me irritated and it provoked me into having a really heated debate,” Khaghani said. “It got to a point where I just couldn’t stand what they were saying anymore.”

As for Thompson, he said he became emotional when he saw family members post racist and homophobic content online.

“Aside from angry and upset in the moment, I think the emotion that kind of sticks out the most is sadness in that — just that they think these things and that they have hate for just anyone that’s different,” he said.

Messer said the political differences with his brother and father don’t affect their familial bond. Although they disagree, he said, that doesn’t mean he doesn’t love them.

Noah Fine, a sophomore computer science and math major, said it’s important to work toward the country being unified. To do so, Biden supporters must also tone down any extreme rhetoric, he said —  if not for their familial ties, then for the sake of the country.

“It’s so easy to take a victory lap right now and throw up your middle finger at Trump supporters,” he said. “But we can’t. We can’t, for the future of the country.”