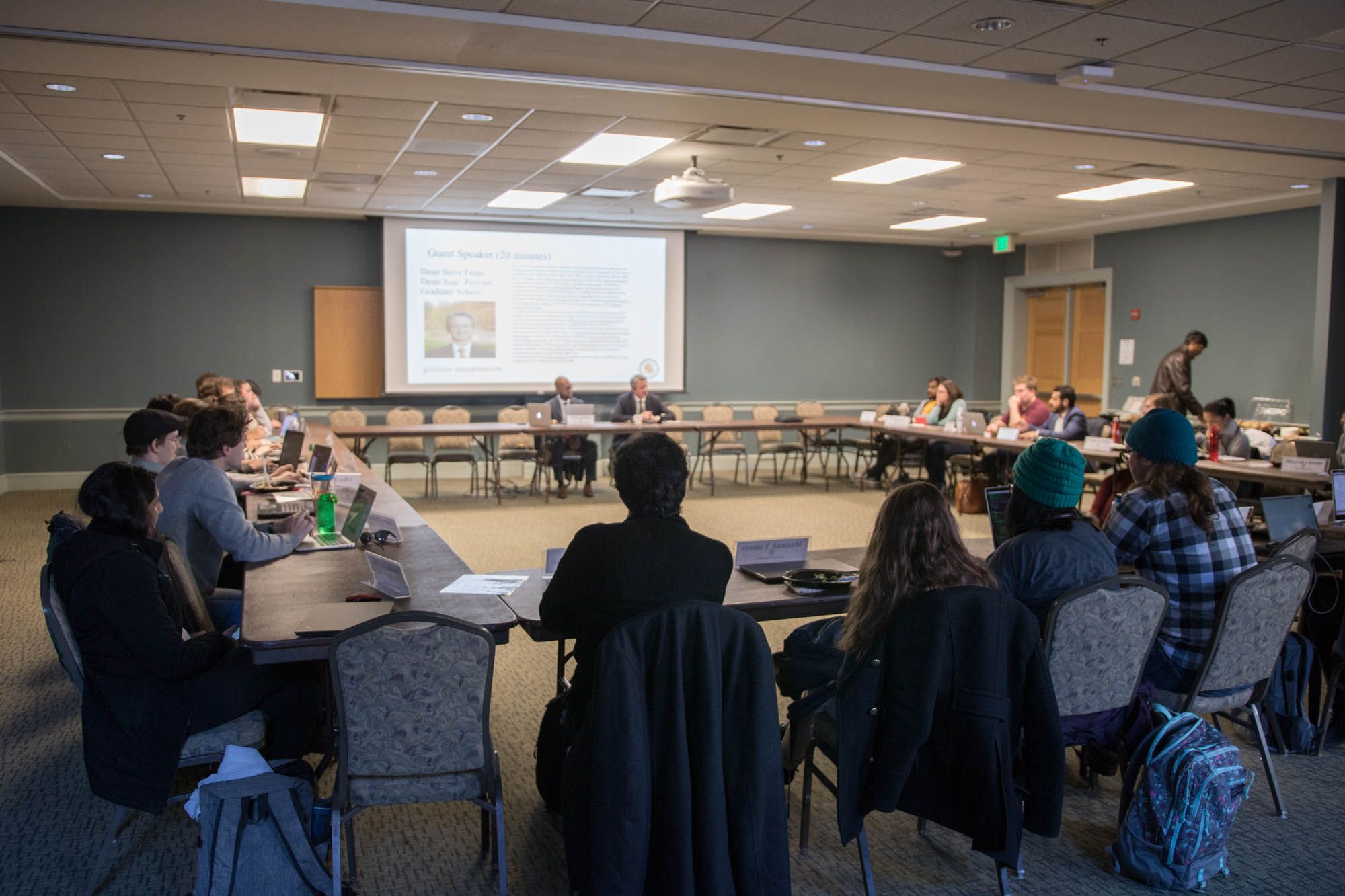 In a virtual meeting Wednesday, the University of Maryland’s GSG passed an act to aid student groups in their fight against racism through financial support, resources and policy change.

“This group has been pushing our department for certain changes to the policies and programs to improve the experience for Black students in our department,” Dalka said.

The letter was signed by about 100 physics graduate students and alumni, Dalka said.

In July, in response to the letter, the physics department formed a Climate Committee, designed to increase outreach to and recruitment of students from underrepresented minorities and to foster a supportive climate for students of all backgrounds, said Landry Horimbere, a graduate student representative on the committee.

But Dalka believes the physics department is dragging its feet on new policy and programs that could help combat racism.

Steve Rolston, physics department chair, said the process is not going as quickly as he hoped. The committee has yet to implement any changes or programs, he said. However, though it has been slow-moving, Rolston said he wants the committee to have the time to develop the best solutions possible.

Rolston also noted many of the points and suggestions made in the open letter are things the physics department had already been implementing; students just didn’t know about them.

For one, the letter proposes setting aside funds for underrepresented minority students to attend conferences for minorities. Rolston said that while there is no specific program for this, the department always funds requests from students asking to attend these conferences.

The department also runs outreach programs and works with other physics departments across the nation to recruit more Black students to the graduate programs.

The physics department also has a limited staff, Rolston said, which limits the time that can be spent working on the climate committee. Rolston explained that attention is so divided during the pandemic that he doesn’t know if much can be done in the next few months. He said he hopes they can make change within the next year.

Horimbere echoed Rolston’s thoughts. The main purpose of the committee is to increase outreach and create a supportive climate, he noted.

“We are in the beginning stages of addressing these issues in our department and understand that it will take time since they are deeply rooted in physics as a field and not specific to one institution,” he wrote in an email.

[“Out here by ourselves”: Women aerospace majors are fighting to increase their numbers]

But these issues exist beyond the physics department, Dalka said. He found that graduate students in other departments are combatting similar issues and working on similar policies.

Misti Yang, a communication graduate student and the bill’s co-sponsor, said the disconnect between departments and students in different departments who are advocating for the same thing is one of the things this act seeks to change.

The GSG aims to “put our money where our mouth is,” added co-sponsor Alec Dennis, a business management graduate student. And the GSG can be used to create a central place for resources across departments and fields, Yang continued.

Scott Roberts, assistant dean of the graduate school, said the school’s administration wants students to know that they are available to listen and support students through their ombuds office and that they have been reflecting on how they can enact change and contribute to reform.

The school is ready to work with the GSG to help and support education reform and social justice, Roberts said.

“We’re eager to partner with them and work with them to advance equity and justice and education,” he said.