“A Teacher” is average, but addicting 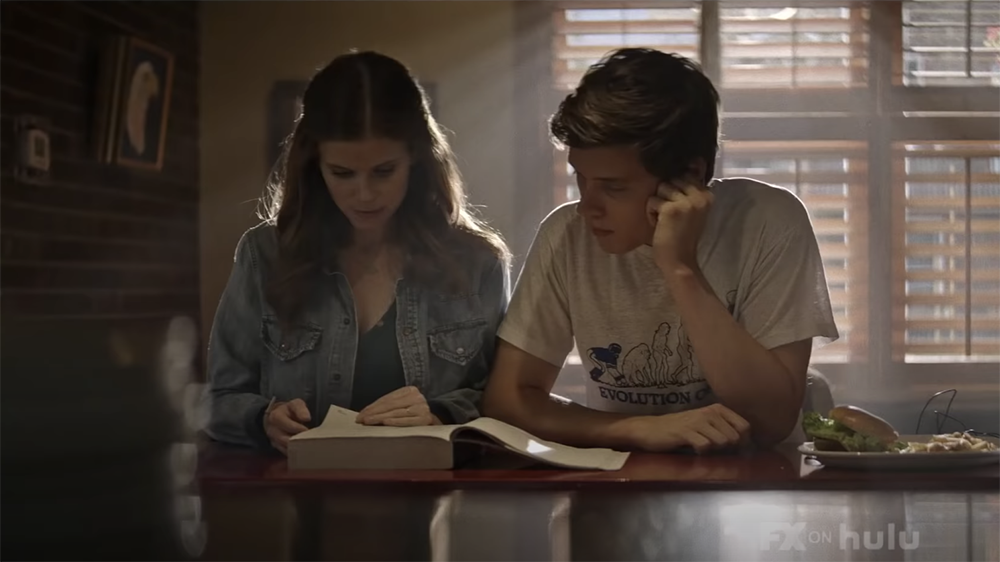 The first time I was exposed to a student-teacher relationship was in middle school, when I watched Pretty Little Liars. While the teeny-bopper show definitely beautified the illegal relationship, I remember understanding that it was a bad thing but rooting for it at the same time.

There’s a reason people are drawn to forbidden romances. You don’t want to like it … but you ultimately do. A Teacher is exactly that. The Hulu miniseries was created by Hannah Fidell, based on her 2013 movie, also called A Teacher. While I’d never heard of the movie, all of my friends were buzzing and I had to give the show a watch.

A Teacher tells the story of a relationship between Claire, a new teacher, and Eric, a student in her AP English class. Kate Mara plays the married English teacher, and she automatically gives you a suspicious vibe when she steals lipstick from a store in the first episode. Mara plays a perfectly creepy character, lingering around Eric, who is played by Nick Robinson.

I felt the most uncomfortable about Mara’s character when she DMed Eric over Snapchat in the fourth episode with the message, “I wanna see you. Now,” while he was babysitting his brothers. The most captivating thing about the show is the grossness of the relationship. Other than that, it’s quite average. The characters aren’t super exciting and they haven’t been developed much yet.

At first, Eric was more direct about pursuing Claire, which was surprising to me, because you would assume the teacher would be the pursuer. The show did a good job of making this feel like a normal relationship developing, even though it is far from that. In moments when they are together, you forget that the relationship is wrong, making it somewhat compelling.

At the start of each episode, there’s a message that this show has “depictions of grooming” and at the end, there’s a referral to sexual assault resources. I understand why the warning is put in, but it also struck me as strange because there’s nothing in the show that warns you against Eric and Claire’s relationship. Maybe the cautionary lesson will appear later in the show, but currently, it just romanticizes the discomforting relationship.

While the show is a bit slow, I’m excited to see how the rest of Claire and Eric’s story unfolds. Nothing physical happens until the end of the third episode, but I still liked the suspense. The episodes are nice and short, and I wish I would’ve waited to watch them all at once because I didn’t want to stop watching after the fourth.

[Phoebe Bridgers and Maggie Rogers just made 2020 a little better]

I have a few projections of what might happen in future episodes. Claire and her husband are having trouble getting pregnant so I suspect she will get pregnant at some point and the child will be Eric’s, or she’ll want it to be Eric’s. Claire’s husband is also strangely uninvolved and isn’t very kind to her, so I think he may be having an affair as well. There’s something definitely off about him.

Claire’s brother is a police officer, so I project that someone will find out about her and Eric and her brother will try to cover it up. People are inevitably going to find out, so I hope they show the aftermath and damage of this illegal and gross relationship. I predict that it will destroy Eric’s friendships and whatever type of normal person Claire was before.

After the fourth episode, I anticipate the show will get even darker. The next episode airs on Tuesday, so there’s plenty of time for you to catch up. While it’s not the best show you’ll ever watch, if you’re looking for a guilty pleasure show with average character development, try A Teacher.