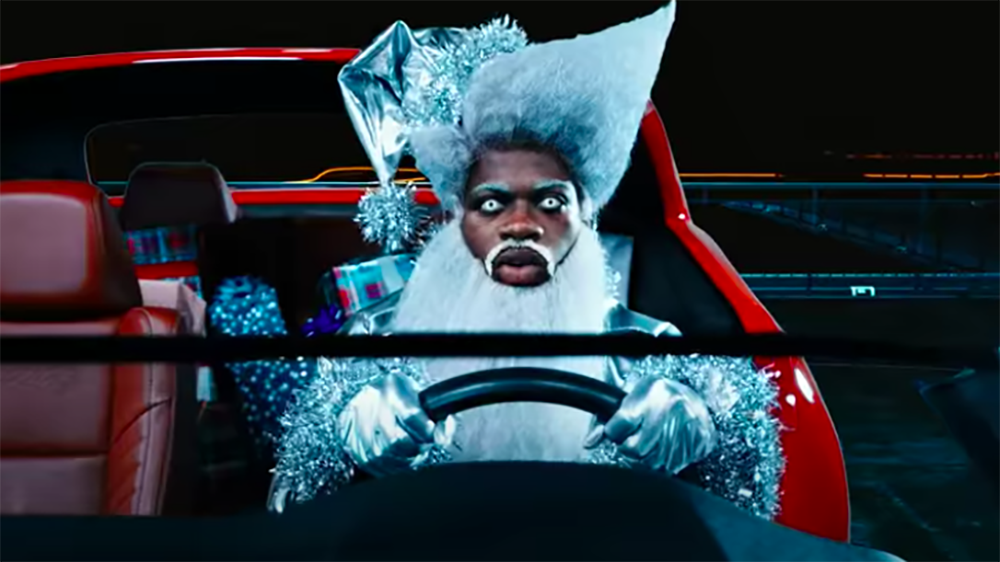 Lil Nas X in the music video for 'Holiday.' (Screenshot via YouTube)

When rapper Lil Yachty went mainstream years ago, he declared himself “the king of the teens.” With his signature rainbow grills, it was hard not to believe him. We appreciated his spirit and willingness to support other young creators. Since then, Yachty has been forced to give up his title. Now, the 23-year-old has been succeeded by fellow rapper Lil Nas X.

2019 was Lil Nas X’s year. He released the dominating hit “Old Town Road” and its countless remixes. The remix with Billy Ray Cyrus is still the longest-running No. 1 song in U.S. chart history. He also dropped his first EP 7, which included that signature banger and his other hit song, “Panini.”

The Grammy Award winner dropped “Holiday” and an accompanying music video last Friday. “Holiday” is really not that great — frankly, it’s borderline bad – but I still cannot bring myself to hate it. It is simply proof Lil Nas X has somehow hacked the music industry system. He has a hold on younger fans unlike anyone else right now; though it’s definitely ironic to call a 21-year-old the newest “king of the teens.”

It’s easy to question why Lil Nas X deserves that title. There are so many talented young artists, many with better songwriting and performing skills. In response, I challenge you to find an artist whose songs excite fans the way “Old Town Road” excites a group of elementary schoolers.

Artists have been trying to stay connected with their Gen Z listeners in ways that work with the pandemic restrictions on live music. Travis Scott got massive attention in April when he held a Fortnite concert. This was historic creativity, but Lil Nas X could not leave that record unchallenged — the rapper debuted “Holiday” during a Roblox concert.

[Phoebe Bridgers and Maggie Rogers just made 2020 a little better]

He performed on the kids’ game Saturday, having to add extra rebroadcasts due to the high demand, and managed to match the trippy visualizations that made Scott’s Fortnite performance so special. He created a different Roblox world to match each of the songs he performed.

By Monday’s end, there were a total of 33 million views. Although Lil Nas X did not quite outperform Scott, who drew 45.8 million across five shows, he still helped to break the boundaries of online concerts and appeal to his younger listeners.

“Holiday” does not evoke the Christmas spirit by any means, but any artist can deliver an old-timey holiday ballad — Lil Nas X continues to go his own route. The single’s music video shows Santa Claus recreated 200 years into the future with a shiny silver suit. Without this, Lil Nas X’s lyrics and signature autotune seem very out of place. The visuals are essential for appreciating the song.

The rapper has managed to make music videos relevant again. The “Old Town Road” music video inspired the Doritos 2020 Super Bowl commercial and created massive trends on TikTok. The visualizations for “Panini” and “Old Town Road” were not as important as for “Holiday,” but they still garnered millions of views. Even if he is not the peak of lyrical genius, his artistic decisions remain unrivaled.

The rapper’s focus on the future and refusal to fit genre labels perfectly resemble the attitudes of his Gen Z fans. He may be on the older side, but he is one of them at heart.

Being an openly gay rapper is also a huge deal — Lil Nas X casually came out on Twitter at the end of Pride Month in 2019, at the height of his success from “Old Town Road.” He tweeted: “some of y’all already know, some of y’all don’t care, some of y’all not gone fwm no more. but before this month ends i want y’all to listen closely to c7osure.”

[Everyone who should play the Grinch instead of Matthew Morrison]

The song “C7osure” on his EP focused on him feeling tired of hiding who he is; but it’s not the only place Lil Nas X raps about facing adversity.

“Man, I snuck into the game, came in on a horse / … Nobody tried to let me in, nobody opened doors / I kicked them motherfuckers down, they didn’t have a choice,” he raps on “Holiday.”

Yes, he called “Old Town Road” a gimmick. However, having an openly gay Black artist create the largest country hit of the year is still unprecedented. No one could imagine Billy Ray Cyrus, Mason Ramsey and Young Thug on the same track together before the genius of Lil Nas X. Country singers and rappers have completely different identities, yet Lil Nas X created historic crossovers all while embracing his own persona.

Lil Nas X’s legacy spans beyond his work at the mic. If you didn’t know any better, you would think his personal Twitter was a meme page. He constantly posts hilarious and often self-deprecating content.

The fact that he is constantly viral on Twitter can make his accomplishments seem like flukes. Yet, chart-topping hits and star-studded collaborations don’t lie. His hilarious account only further proves how important he is for Gen Z. We have someone just like us topping charts and continuing to push industry boundaries. Lil Nas X can do it all unapologetically and still have time to make a meme about it.