Everyone who should play the Grinch instead of Matthew Morrison 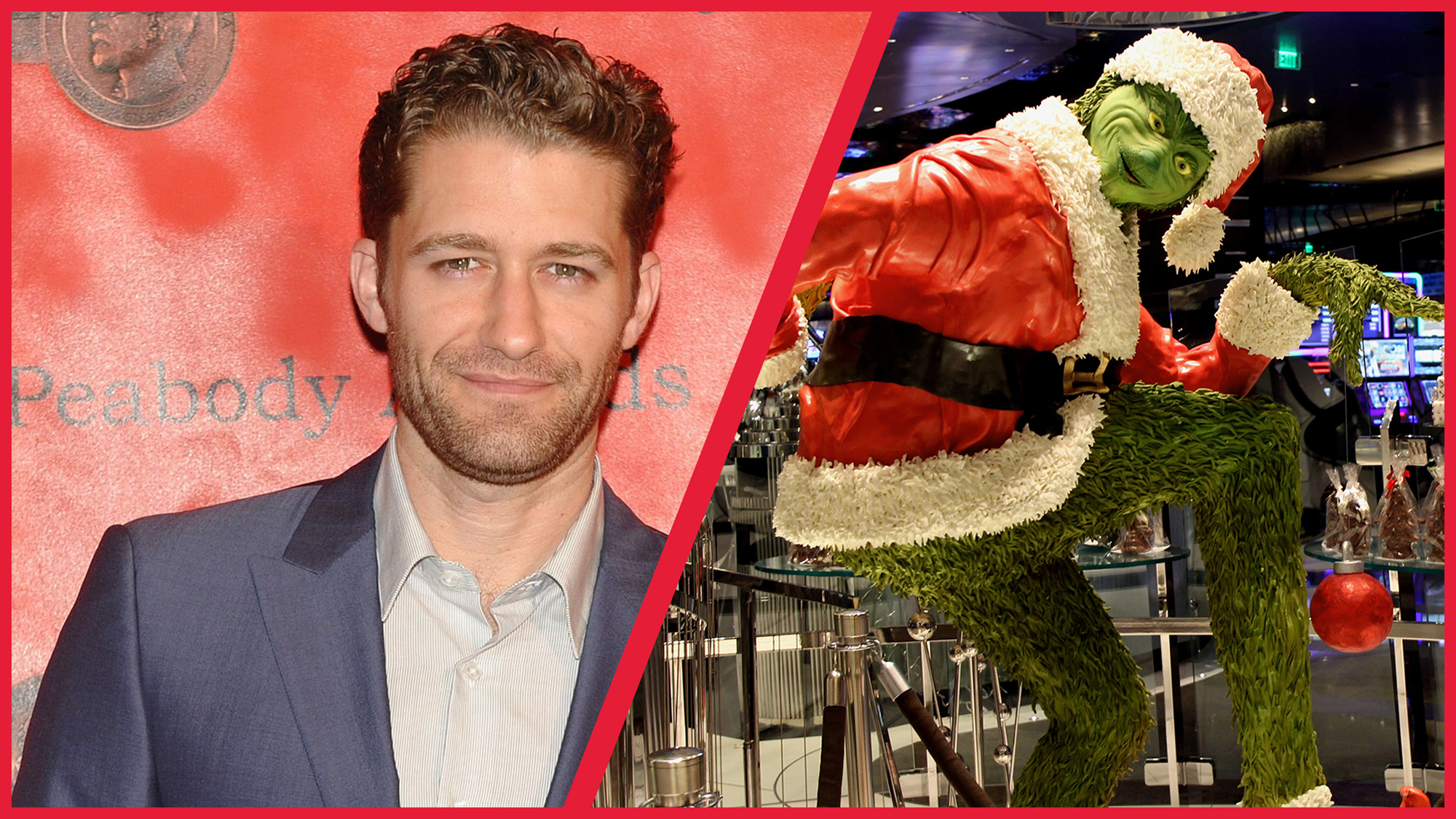 Matthew Morrison is set to play the Grinch in an NBC musical this December. (Graphic by Julia Nikhinson/The Diamondback, Photos via Wikimedia Commons)

Lately, the internet has become obsessed with hating Matthew Morrison. Most slander is related to the hatred toward Morrison’s role as Will Schuester on Glee. The series ended five years ago, so this feels very delayed, but the internet cannot seem to let go of the fact that Mr. Schue was a creep and his rapping was criminally bad. It is hard to separate a character from the actor who plays them, so it’s easier just to hate them both equally.

It was announced last week that Morrison would, in fact, be stealing Christmas joy — he’s slated to play the Grinch in NBC’s Dr. Seuss’ The Grinch Musical. The special, which premieres Dec. 9, is following a string of NBC live adaptations of classic musicals.

Morrison actually has a stacked resume including a Tony nomination and roles in Finding Neverland, Hairspray and Footloose. Yet, no matter how accomplished he is, people still can’t forgive him for the atrocities he committed at William McKinley High.

So, in that spirit, here are some people I’d rather see as the Grinch:

This is an obvious choice. Carrey was the Grinch in the 2000 live-action version, and we already know he can sing. (Though probably not as well as a Tony nominee, but I simply don’t care.) Watching Carrey sing would not evoke the flashbacks of Mr. Schue humping a hat to Britney Spears’ “Toxic” or singing the “Thong Song.”

Although it would be awesome to see Carrey revive the 20-year-old role now, he is far too busy on NBC’s Saturday Night Live. As long as Biden is inaugurated, Carrey is booked and blessed. He has been killing the portrayal of the president-elect and probably has no time to focus on a silly musical special.

This also feels like a clear oversight, and I am demanding justice. Cumberbatch voiced the Grinch in the 2018 animated version, and his voice fit perfectly. Let’s be honest, the physical resemblance is there, too. It is even more obvious than Carrey’s. Morrison definitely fulfills the “sinister” requirement to play the Grinch well, but depriving us of a Cumberbatch performance feels like the biggest holiday letdown.

While we are on the topic, we cannot forget to mention that The Vampire Diaries actor Ian Somerhalder also has a ridiculous resemblance to the holiday monster. He gets an honorable mention.

Hear me out. Everyone hates Morrison because of Glee, so it only feels appropriate that the real villain from the series be considered for the Grinch. Lynch’s portrayal of Sue Sylvester proved how well she can play a villain, how witty she is and how awesome she is at singing. She was one of the only reasons to keep watching Glee when it was on air.

If NBC took a chance with Lynch and had her play the Grinch, I have no doubt that it would be a success. It’s 2020. Being progressive means casting women as green, hairy monsters.

Williams, like Morrison, is another one of those celebrities who you may hate without truly understanding why you hate them. They are both living memes. At least Morrison can say that people hate him because he played a fictional character so well. Williams is known as a talk show host and has definitely said some controversial things in the past. So, she has even more of the evilness for the Grinch than Lynch and Morrison.

The most important reason Williams is listed is because of her recent performance on The Masked Singer. The audio from the performance is viral, especially on TikTok, and absolutely horrendous.

Williams still has the mannerisms to play the Grinch well. Her rough singing would only make us hate her character more, which is oddly fitting.

This is as ridiculous as it sounds. Take a second to imagine West sneaking into the homes of Whoville and stuffing Christmas trees up chimneys. I would pay a premium for this.

West attempted to “steal” votes in the 2020 election with his bizarre third-party candidacy. He already has the Grinch spirit, and NBC was absolutely wrong not to take advantage of it.

On a more serious note, the 2018 animated version of The Grinch included an awesome rendition of “You’re a Mean One, Mr. Grinch” by rapper Tyler, the Creator. A Kanye West spin on the music in the special would definitely be worth watching. Maybe it would distract from his acting, which would probably be terrible.

Donald Trump Jr. has been vocal about his beliefs of fraud and conspiracies related to his father’s presidency. Many allegations claimed that the mainstream media and corrupt poll workers are trying to steal the 2020 election, like how the Grinch tried to steal Christmas. He is certainly in the right mindset to kill it as the Grinch on Dec. 9. He is also no stranger to hate on the internet, like Morrison. Strangely, he is another member of this list that also looks similar to the fictional character he would play.

Ultimately, Donald Trump Jr. proves that almost anyone seems like a better fit for the Grinch than Morrison. Regardless, ending this year with Morrison as the star feels very appropriate for 2020.