‘Pokémon’ has taken over my life 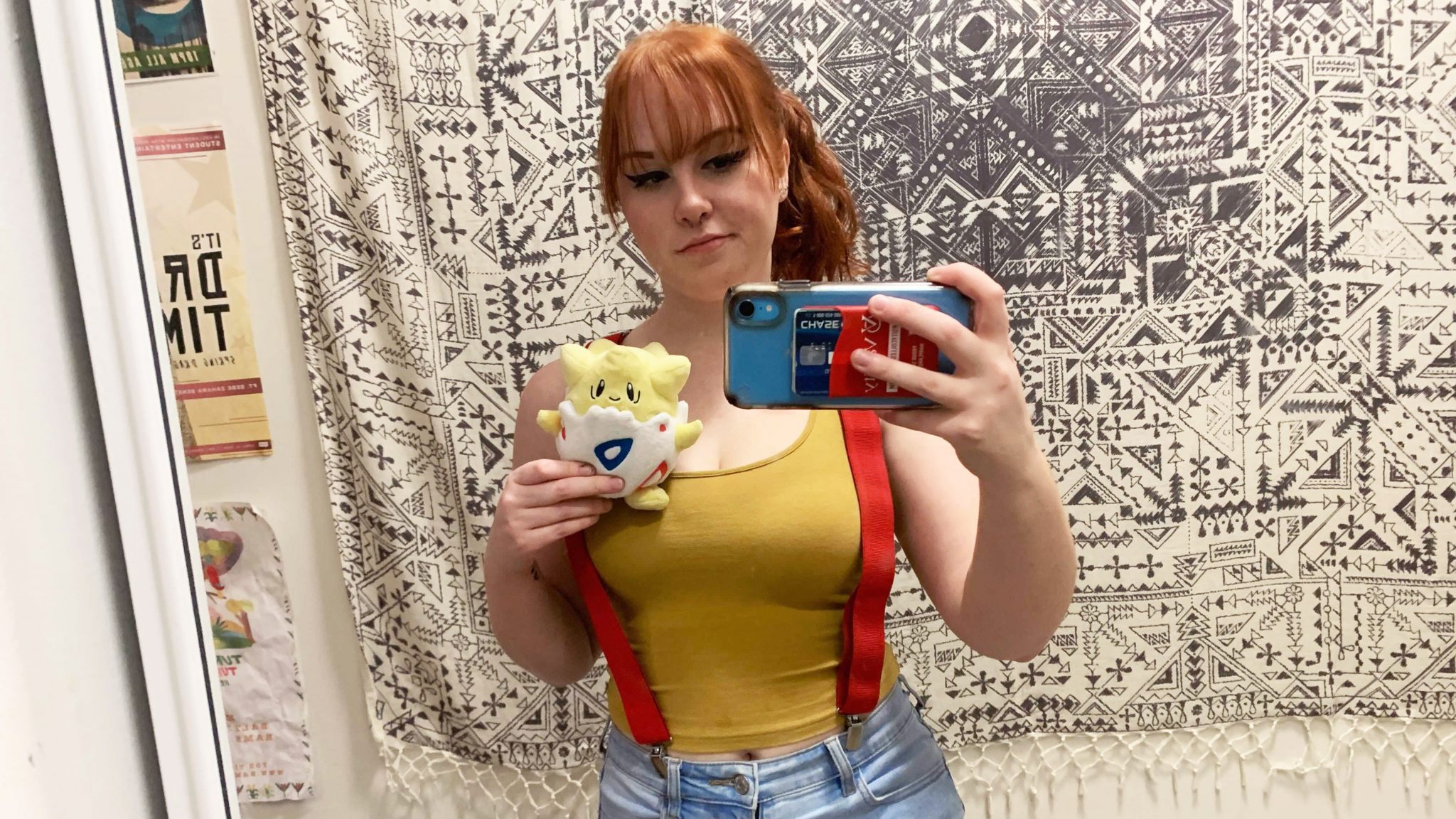 The author in her 'Pokémon'-inspired Halloween costume. (Nicole Noechel/For The Diamondback)

When the country began to shut down back in March, I honestly had no idea what to do with myself. My pre-quarantine hobbies had all been very social — hanging out with friends almost every night and attending any concert I could afford, for example — so being locked inside my boyfriend’s dingy house for an unforeseeable amount of time was far from ideal.

By mid-April, I had exhausted any enjoyment I originally found in drinking boxed wine and binge-watching House every night. I was incredibly depressed, and my boyfriend, tired of watching me sleep my days away, decided to take matters into his own hands. He sat me down, handed me his Nintendo DS and turned on Pokémon Platinum.

I had never played a Pokémon game before and didn’t really think of myself as a “gamer,” but in my state of desperation, I decided to give it a try. It took a little while to get into it, since the games start off slowly, but once I beat the first few gyms and fully evolved my starter Pokémon (Piplup, if you’re wondering), I was hooked.

[You broke your laptop, and the whole world is online. What now?]

Since then, Pokémon has taken over my entire life. I have even been watching the anime, something I never saw myself doing. I dressed up as Misty, one of the show’s main characters, for Halloween, complete with a toy Pokéball and a Togepi plush.

I have played six different Pokémon games so far (Platinum, Ruby, Fire Red, Black, X and Alpha Sapphire), and I have no plans to stop. I think I’m so drawn to playing these games because of the escapism they provide. Instead of focusing on my real-life problems — such as the pandemic, the stress of graduating in the spring and my overarching sense of existential dread — I can immerse myself in a cartoon world where all I have to do is catch and train cute monsters and battle villains and non-player characters.

The false sense of reward Pokémon gives me is a great way to feel in control of something during a pandemic that has completely shaken up my life. I earn money, fill up my Pokédex with Pokémon I’ve caught and level up my core team of six Pokémon so I can defeat the champion and win the game. This process, for me, takes at least fifty hours per game, so it fills up a lot of time that I would have been spending at concerts or hopping between bars with friends.

Though Pokémon is made for kids, there are a lot of complex game mechanics to learn about, which makes playing all the more interesting. For instance, each Pokémon has a “type,” such as fire, water, ghost, electric or normal, and these types correspond to the different moves used in battle. Some move types are super effective against other Pokémon, and others do nothing at all. You have to learn these type matchups as you go, as well as other mechanics, such as how to boost your Pokémon’s stats, how to make your Pokémon more friendly toward you and which Pokémon are the best to include in your team.

While I still don’t consider myself a “gamer,” I think playing video games is a terrific outlet for stress and boredom, especially during the pandemic. If you have never played a Pokémon game, I would highly recommend downloading a Game Boy or DS emulator on your computer and trying it out. You can choose games from different generations, each of which has games with subtle differences, such as the Pokémon you can catch, the villains you battle and the towns you visit. Start with one of the games from generation three (Ruby, Sapphire and Emerald) or the generation one remakes (FireRed and LeafGreen) to get the most authentic sense of the franchise. Remember, the games start out slow, so try and beat at least a few gyms before you make your final judgement.