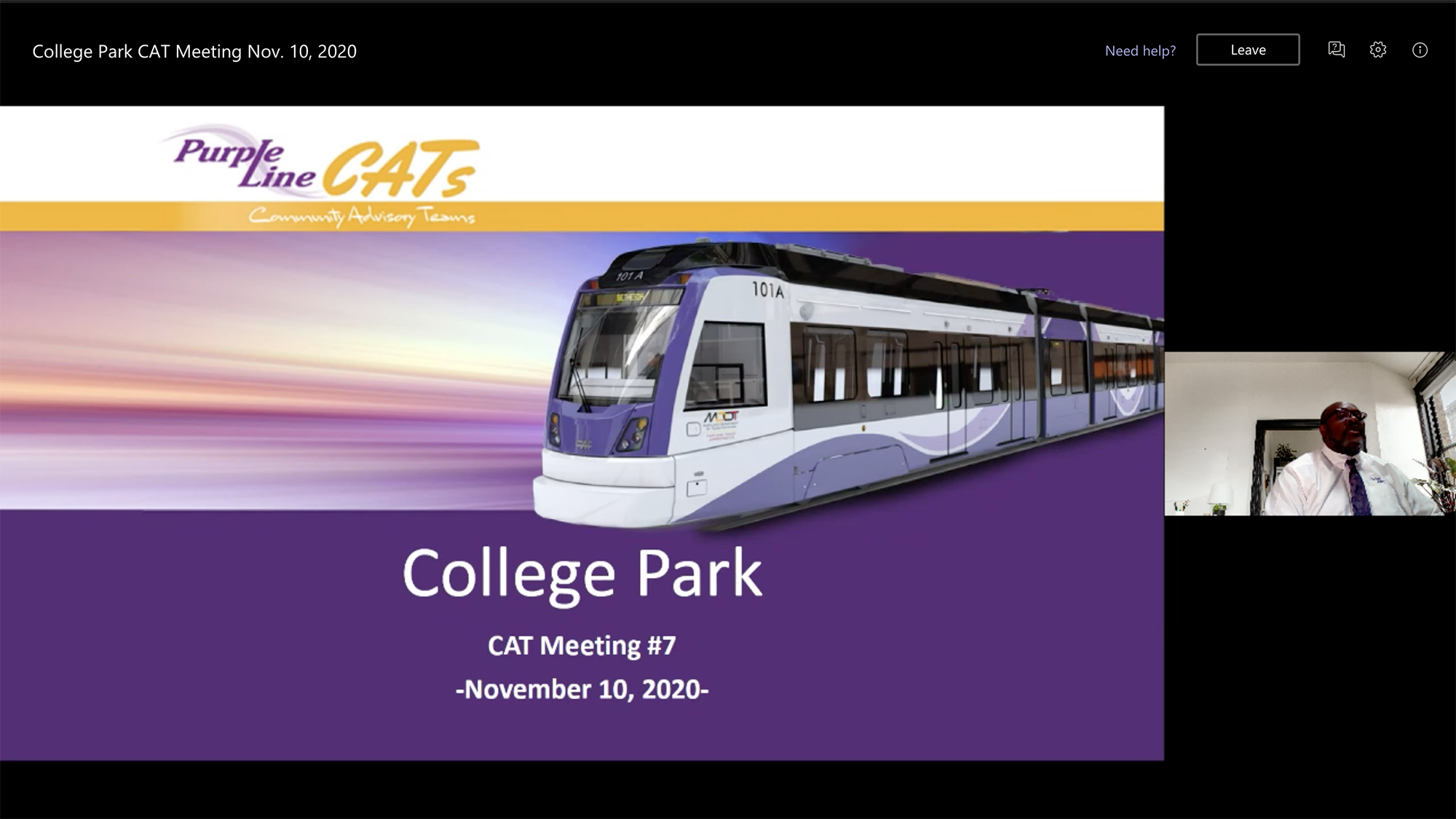 The state’s transportation agency picked up the 16-mile light rail transit line after the private contractors quit over a cost dispute, leaving the project in limbo.

Still, the state intends to have a concessionaire and a new design-build contractor take the project through construction, operations and maintenance.

“We are continuing our settlement negotiations at this time,” said Matthew Pollack, MTA’s executive director of Transit Development and Delivery. “We remain hopeful that there is a fair and reasonable settlement out there.”

MTA and the subcontractors are working together to continue manufacturing light rail vehicles and other project components. They’re also aiming to complete the final construction designs for stormwater management and other utility projects.

Pollack said during the meeting the project does not have a new timeline. According to Gary Witherspoon, deputy project director, officials originally anticipated the project would be completed in 2023, but the timeline is currently unclear.

College Park Mayor Patrick Wojahn asked if the short-term construction of the bus loops on the east side of the College Park Metro Stations would allow for full drop-off and pick-up of passengers and when the construction is expected to be finished.

Vernon Hartsock, acting project director, said the bus loop will be opened after the storm drain installation and the work on the curb gutters, sidewalks and fencing.

Other attendees were concerned about the disruptive construction on Campus Drive.

Pollack didn’t have a response to those concerns, but he added that the long road running through the University of Maryland’s campus will need to be taken on by a new design-build contractor to be completed.

For now, they are committed to working on the underground utilities closer to the campus, pedestrian safety and light pollution from construction lighting.

“We remain committed to continue working with the community and local businesses to collaborate and find opportunities to minimize any impacts to the best of our ability,” Pollack said.

CORRECTION: Due to a reporting error, a previous version of this article said officials still plan to complete the Purple Line by 2023. The project’s timeline is currently unclear. Due to an editing error, a previous version of this article referred to Matthew Pollack as the executive director of MTA. He is MTA’s executive director of Transit Development and Delivery. This story has been updated.