Without help from the administration, UMDTenants turn to Maryland politicians 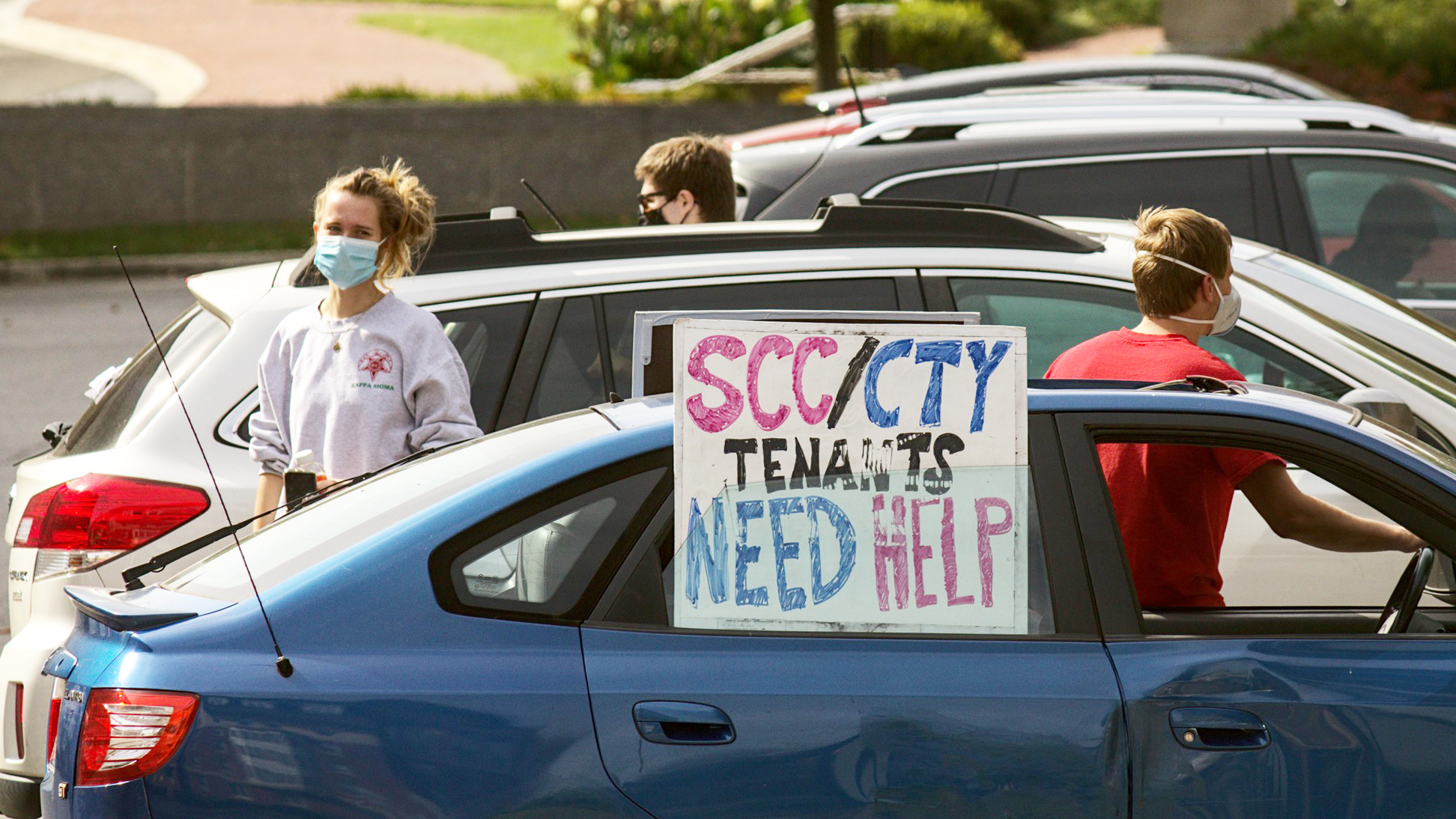 In an ongoing struggle to terminate on-campus apartment leases amid the pandemic, UMDTenants — the student-led advocacy group centered around the issue at the University of Maryland — is prioritizing help from state politicians over the university.

Since July, when the university announced most classes would be held virtually this fall, tenants have been trying to get released from their agreements with South Campus Commons and Courtyards. Because these apartments were funded and developed through a public-private partnership between the university and the state-run private entity MEDCO, tenants are bound to their leases.

The group attempted to speak with university President Darryll Pines in October through their lawyer, but he declined their request for a meeting due to legal reasons. Meanwhile, state politicians have continued to push MEDCO to find a resolution.

“A lot of people have just been feeling ignored,” said Hannah Aalemansour, a member of UMDTenants.

Pines said since UMDTenants retained a lawyer, the university can no longer engage in open conversation. But the university’s position, he said, hasn’t changed.

“We do not manage and operate South Campus Commons. Even though they’re on our property or courtyard, we don’t control how they operate their leases,” Pines said. “And it’s unfortunate because we obviously care about our students, and we care about the tenants of these places.”

Aalemansour said the group wanted to ask Pines why the university has backed away from the leases that have the university’s name on them. Students traditionally found comfort in signing leases for an on-campus apartment complex, Aalemansour said, but that sense of security has now been completely stripped.

And even if the university isn’t legally obligated to help these students, Aalemansour said, leaders such as Pines should help students find help elsewhere.

“It just seems like, as a president of the student body, you should be standing up for students,” Aalemansour said. “Especially when the university is the one who signed this deal with MEDCO.”

The university has initiated some efforts to help these students, though. According to a statement sent by a university spokesperson, 800 students on the dorm waitlist were contacted about the possibility of taking over leases in Commons and Courtyards, providing tenants with an opportunity to release their apartment units.

Still, the university doesn’t have much control over housing that is leased from private companies. And that’s why the student group is beginning to rely on state politicians to pave the way toward possible solutions.

In October, Maryland Comptroller Peter Franchot asked MEDCO Executive Director Robert Brennan during a Maryland Board of Public Works meeting if any answers could be provided for these students regarding their leases. In response, Brennan said MEDCO would not take any further action against the tenants who have not been paying their rents.

“We are quite frankly between a rock and a hard place,” Brennan said during the meeting. “I’m in a very precarious situation of being able to tell a student that has a lease, a license agreement, that they can be released.”

But even though Brennan said MEDCO won’t take any “aggressive collection measures,” tenants could still end up having to pay the sum of their missed rent payments — and possibly even a late fee — if the pandemic worsens and MEDCO’s investors ask for the money.

Franchot said he sees MEDCO as a public agency that serves the state, and as such, it should not be acting like banks or hedge funds that foreclose on small businesses due to financial obligations

“I hate to see you in the business of getting blood from a stone as far as these rental payments,” Franchot said. “Legally you can do that. But boy, you have to really have a harsh view of folks to push that through.”

Brennan said that, as a public-private entity, MEDCO represents the state with pride and they will not pursue rent payments with aggression in the long run.

During the meeting, Gov. Larry Hogan said he thinks the University System of Maryland should work with the individual universities and MEDCO to make sure action isn’t taken against these tenants.

“We really shouldn’t be taking action against these folks,” Hogan said. “But I understand … the bondholders need to get paid and need to have that cash flow.”

Ethan Cheng, a senior biological sciences and computer science major, is living at home and hasn’t made any rent payments this semester for his South Campus Commons unit. He said he initially chose to sign a lease there because it was more of an intermediate step between a dorm and off-campus housing.

But now, he said, that buffer almost seems to be working against him.

“We wanted to sign up with them because they were kind of private-public,” Cheng said. “Now, they’re being more private rather than public.”