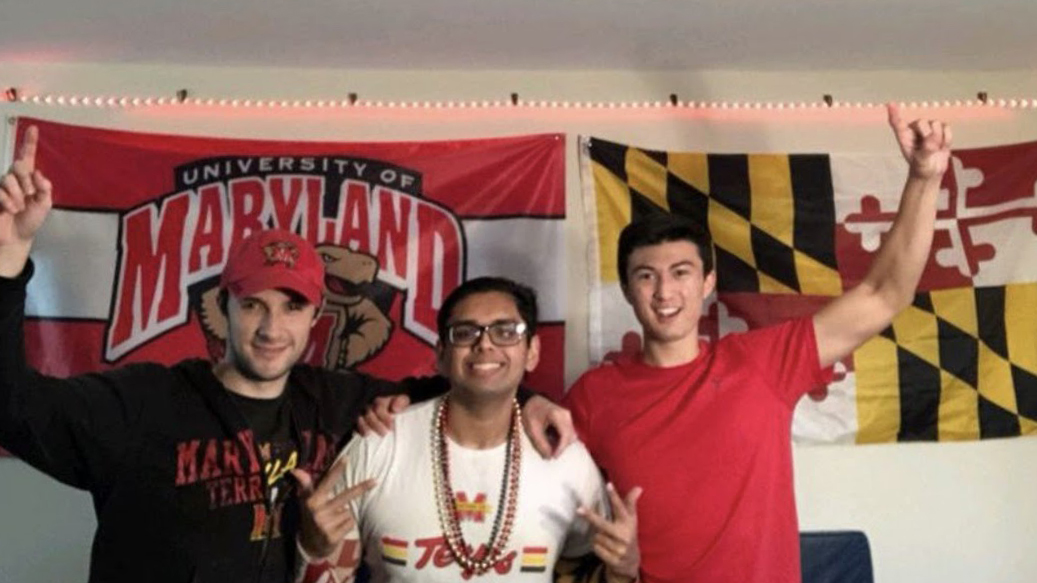 By Mira Varghese
For The Diamondback

University of Maryland pride soared on social media following the football team’s win against Penn State on Saturday night, the Terps’ second victory of the season.

But for students at this university — and around the country — football season celebrations have looked different this fall, due to the coronavirus pandemic.

During home games, the stands at Maryland Stadium are close to empty and campus parking lots are no longer full of students tailgating every weekend.

Despite adjustments to the game day experience, many students have not stopped cheering on this university’s football team and have found ways to don their spirit wear and partake in festivities safely.

Connor DiNallo, a junior civil engineering major, said that he and his friends have been gathering to watch football games together. Usually, they go to someone’s apartment, order food and turn on the game.

Though having a good time on game days is important to DiNallo and his friends, ensuring that everyone is health and safety is as well.

“We surround ourselves with people so that we can have a good time, but we make sure that those people haven’t taken risks like going out to bars and stuff like that,” DiNallo said.

Anshul Chatterjee, a junior information systems and operations management and business analytics major, said he and his roommates have been watching games from their apartment — while wearing their Maryland gear, of course.

But the adjustment hasn’t been easy, he said.

“It’s been very tough,” Chatterjee said. “Being so that it is my junior year and after this, I only have one year, I want to make the most of it as much as possible.”

Chatterjee said his level of school spirit before each game is at the same level as if he were attending an in-person game, but watching it on television makes it harder to hold everyone’s attention.

But Chatterjee said it’s important to him to try and adapt and make the game day experience feel normal.

Bradley Polkowitz, a sophomore operations management and business analytics major, also said not being able to go to games has been upsetting.

People know Polkowitz as “the guy who loves sports,” he said, and despite being able to celebrate game days in his apartment, Polkowitz said he misses the social aspect of going to tailgates and in-person games.

“When you go to games, you go to tailgates and you’re just in a crowd with random people around you, high-fiving after touchdowns,” Polkowitz said. “It’s been a different experience, because it’s really just my friends from last year, kind of like my personal bubble.”

For freshmen such as Simone Volman, an anthropology and government and politics major, having the full game day experience is yet another tradition lost due to the pandemic.

“We already didn’t get to have a prom or graduation, and we didn’t really get to have a proper dorm experience,” Volman said. “We’re going to school that’s so big with sports, and we can’t even have sports on top of all the other things we can’t have.”

“Part of the fun of sports [and] football games is to like, be in the stadium and to be there with your friends,” Volman said. “We kind of just tried to celebrate as best as we could.”