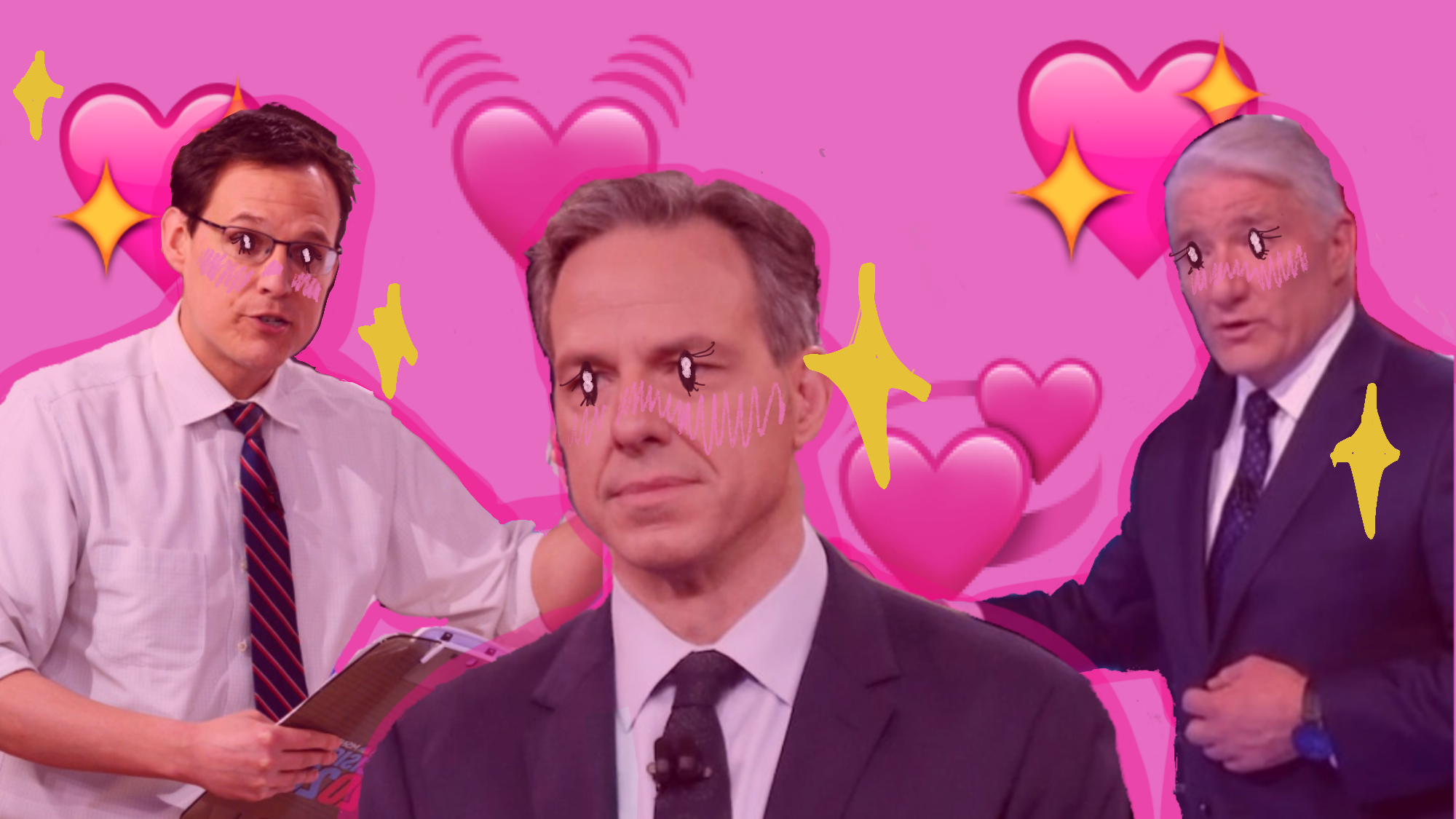 Wake up, log in, experience despair, rinse and repeat.

In the agonizing four-day wait for election results last week, I was stuck in a joyless cycle of refreshing and rotating between apps. The TV in my living room was constantly on, blaring the nonstop election coverage from CNN or MSNBC. Like many Americans, all I could focus on was the nail-bitingly unpredictable election.

Halfway through the agonizing week, a query dawned on my sleep-deprived mind as I idly watched CNN: Is Jake Tapper hot?

This has been our most online presidential election yet. It was only a matter of time before I addressed the intersection of stan culture and political talking heads. So here we are — election season in the age of fan cams. This emergence of political fan cams made me realize I wasn’t alone in my pundit thirst.

[Amid a pandemic, the UMD Percussion Ensemble finds a bit of normalcy]

In their purest forms, fan cams are usually made for celebrities with younger fanbases, like the numerous K-pop group members ruling the charts, Timothée Chalamet or Ariana Grande. Different clips are spliced together in a montage with a soft, rosy pink filter and blinged-out sparkles. They’re often backed by an upbeat pop banger that exudes confidence, but Flo Milli’s “Beef FloMix” is what I’ve come to associate fan cams with the most.

A fan cam of Steve Kornacki, MSNBC’s national political correspondent, exhibits this classic format. Kornacki’s seemingly nonstop airtime in front of different political projection maps put him in the spotlight. His clipboard full of notes sometimes glistened when it caught the light. I found myself entranced as he gestured toward key counties in Wisconsin, Michigan and Arizona on the big screen.

This newfound yearning for reporters such as CNN’s John King and Chris Cuomo reminds me of unassuming workplace crushes. They’re the best-looking ones there, so why not?

[Review: ‘The Queen’s Gambit’ is a gorgeous look at femininity, addiction and the 1950s]

But why did the memes and montages for these pundits keep coming? Are people just letting off steam as a deprived population that has barely engaged in physical touch with people outside of their household for nearly eight months? Regardless of party affiliation, this election was emotionally and physically draining. What better way to release these feelings of anguish than thirsting over sleep-deprived TV pundits?

The most online election had its setbacks, of course; it was difficult to log out and de-stress without feeling like you were missing critical information. And the content itself isn’t very uplifting, from unsubstantiated claims of voter fraud to countless tweets from President Donald Trump flagged for their misleading manner.

I find myself overwhelmed by the constant stream of takes. But the sillier, meaningless nature of pundit thirst brings some much-needed relief. This endless flow of takes is also responsible for memes that have given me brief moments of levity. From a tweet poking fun at Nevada’s vote-counting speed, to a TikTok of someone’s grandma outraged that her TV was turned to Fox News, I’m granted a brief respite. By no means does it alleviate the all-consuming grief of this election cycle, but it does take me away for a moment.

Oh, and one more thing. Jake Tapper, if you’re reading this, my DMs are open.