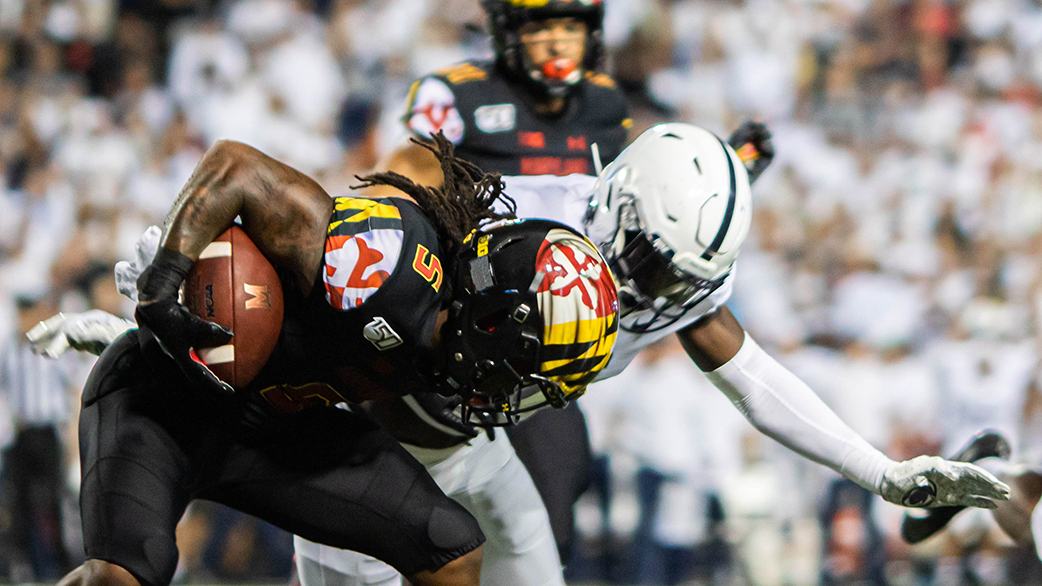 Maryland football is coming off one of the more exciting games of the past year, overcoming a 17-point deficit in the fourth quarter against the Minnesota Golden Gophers en route to a stunning 45-44 overtime win. This week, The Terps butt heads with rival Penn State — who dropped to 0-2 on the year after losing to No. 3 Ohio State, 38-25 — hoping to put themselves over .500 in the early season. Before Saturday’s matchup, we reached out to Richard Scarcella of the Reading Eagle to learn more about what to expect from the Nittany Lions.

After Penn State got upset by Indiana in week one, the Big Ten showdown between Penn State and Ohio State lost a little bit of hype, and Penn State ultimately took a big loss to the Buckeyes. Now 0-2 in this early season, what is Penn State’s outlook at this point?

Penn State and James Franklin like to set a goal of being 1-0 each week. From talking to them, the players have followed that cue this week. They want to just want to get a win.

Sean Clifford threw for three touchdowns and nearly 300 yards against Ohio State, he struggled to complete more than 50% of his pass attempts. What’s expected of him going forward?

Sean Clifford played very well in the second half at Indiana and against Ohio State. Penn State went to a shorter passing game in the second half against the Buckeyes, and Clifford threw for more than 200 yards and three touchdowns. He also was a chief reason why the Lions were able to come back and take the lead at Indiana before losing in overtime.

The last time Penn State started a season 0-2 against the Big Ten was in 2014. What have been some of the main factors that have contributed to this disappointing start?

Penn State has been playing without 10 players who were on their two-deep depth chart in the spring, including All-American linebacker Micah Parsons, who opted out; running back Journey Brown, who might miss the season with an undisclosed medical condition; and running back Noah Cain, who suffered a season-ending leg injury in the first quarter at Indiana. Ohio State beat Penn State because it has a more talented roster than any team in the Big Ten. The Lions outgained Indiana 488-211 but committed 10 penalties and three turnovers.

Last week, Ohio State carved up Penn State on every single offensive front for 526 yards while Penn State’s defense allowed the most points against an opponent since a 45-38 win against Appalachian State in 2018. Who needs to step up for the Nittany Lions on defense to prevent a pummeling like that again in the future?

Look for Penn State’s run defense to rebound against Maryland. It’s something the Lions take great pride in.